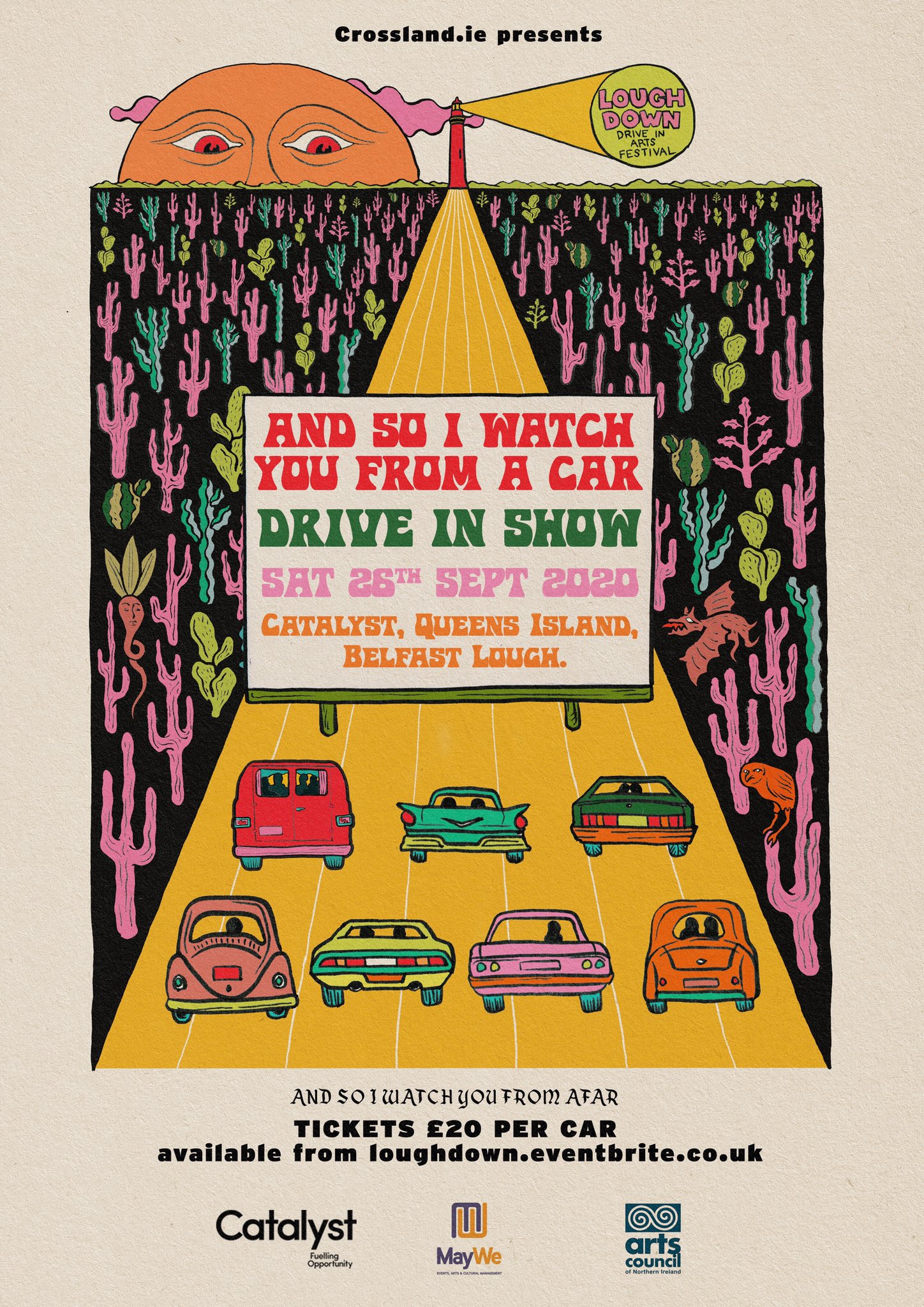 AND SO I WATCH YOU FROM A CAR.

While the planned drive-in gigs for Gavin James and company didn’t end up happening, the response for artists, promoters and the music industry going forward into a world that has to live alongside COVID-19 means that others are willing to give the drive-in experience a go.

While the event is subject to licence, And So I Watch You From Afar are among the acts who will be playing a drive-in car show at Queen’s Island at Belfast Lough on Saturday September 26th (20:30 – 22:30).

Joshua Burnside and Ciaran Lavery are also playing in the afternoon of Saturday September 26th (16:30 – 18:30), while another event happens on Sunday.

The show will be broadcast on a LED screen at the event with the sound transmitted via FM radio.

Tickets are £20 plus fees per car and available on Eventbrite.

It’s not clear if there is an overall capacity, but expect social-distancing and best practice guidelines to be announced.