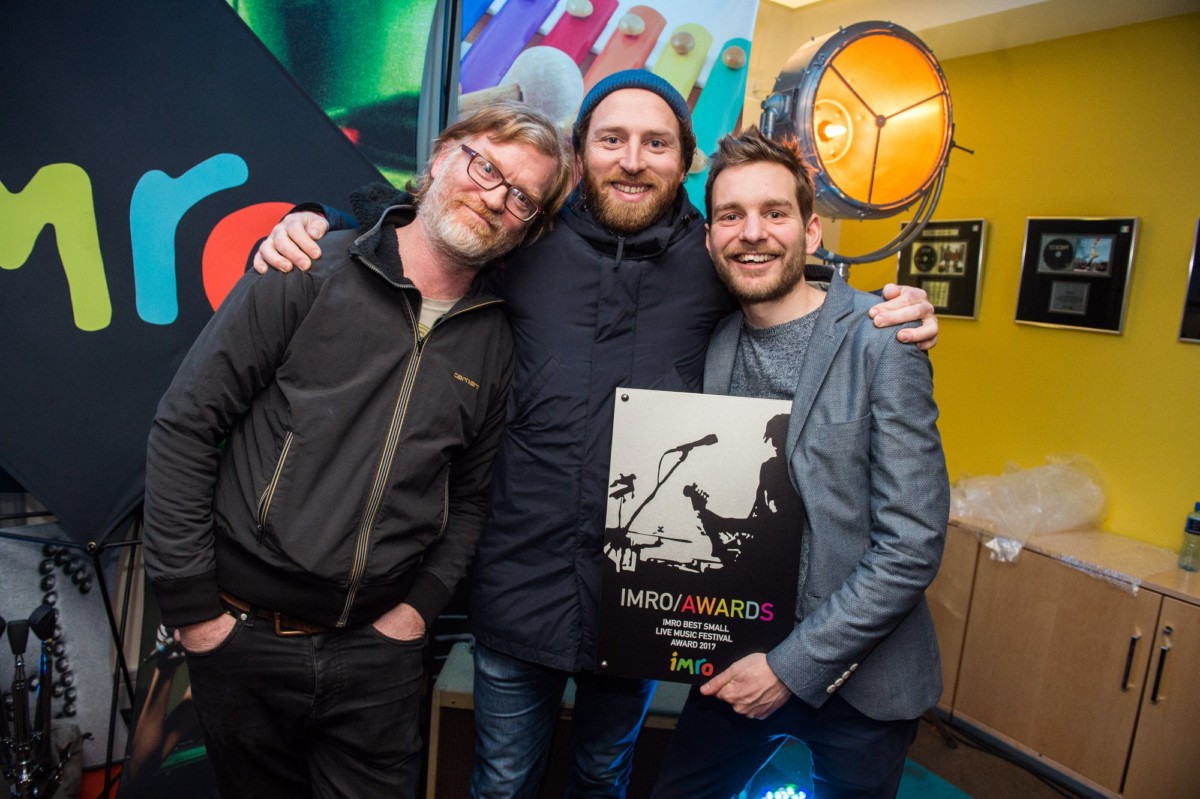 The IMRO live music venue awards took place last night in IMRO HQ on Pembroke Row in Dublin. It was the tenth edition of the awards recognising Irish venues and festivals.

The main prize was the National Live Music Venue of the Year 2017 , which was decided by public vote and went to Mike The Pies, Listowel Co Kerry.

The awards were voted for by over 12,000 IMRO members and the winners on the  night were:

Rest of Leinster – The Set Theatre

The IMRO Outstanding Contribution to Live Music accolade was awarded this year to Willie Meighan, formally proprietor of Rollercoaster Records in Kilkenny, who sadly passed away in November 2017, aged just 48. Willie’s beloved partner Aisling and Willie’s family members were at the ceremony to accept this special Award.

Here is the line-up for Trinity Ball this year