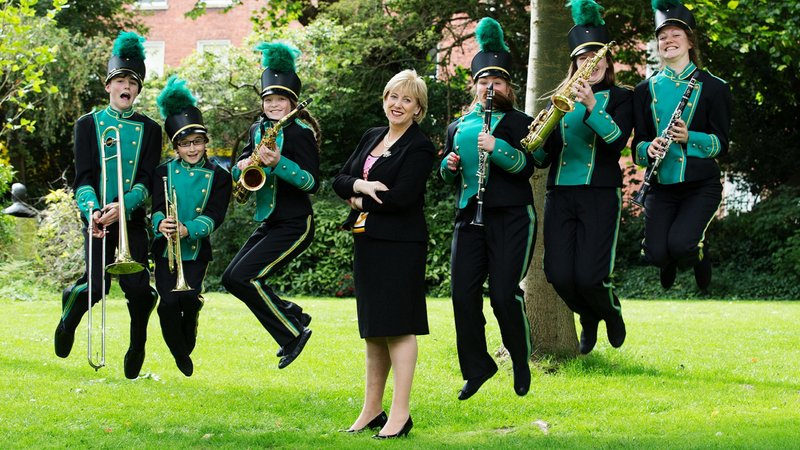 Today, the Irish government revealed the budget for 2018 and reaction from the arts and culture community is one of disappointment despite minimal increases in funding.

On the surface, the increases look good:

Figures are still below their pre-recession 2007 figures.

With the government using Irish art, creativity and culture in the Creative Ireland campaign to promote the country but not backing it up in the budget and Taoiseach Varadkar’s stated commitment to doubling investment over seven years already behind in year one, it doesn’t bode well for future budgets ( a minimum 10% year on year increase was required)

The Arts Council and the National Campaign for the Arts both indicated that more commitment was expected.

The National Campaign for the Arts expressed “deep disappointment”, mostly because the government has raised expectations over the past year through initiatives like Creative Ireland “whose stated aim is to raise the priority of arts, culture and creativity across Government, and the Taoiseach’s campaign pledge to double investment in the sector.”

The Arts Council says the increase “would allow it to meet existing commitments but would severely hamper efforts to broaden support to artists and organisations nationwide.”

Chair of the National Campaign for the Arts (NCFA), Jo Mangan stated that, ‘The Budget 2018 decisions are completely inconsistent with the commitments, and indeed policy focus, outlined by An Taoiseach and through the prism of Creative Ireland. We’re deeply disappointed at the funding allocations issued today and call on An Taoiseach to outline how his commitment of a 100% uplift to the Department’s funding will now be achieved over the coming years. Today’s announcements have proved underwhelming for our beleaguered sector where even the announcement of an increase in the minimum wage will have no impact as the majority of those working in the arts earn less than €10,000 per annum. We are a long way from restoring the €30 million stripped from the Arts Council funding since 2008. As we continue to sit at the bottom of the EU league for investment in the arts, the NCFA calls on the Government to apply their own strategy to double arts funding to the EU average as a matter of urgency.”.

The National Campaign for the Arts’ statement is here in full.

The Minister for Culture, Heritage and the Gaeltacht Heather Humphreys’ statemeny & tweets about the budget is as follows:

It is an exciting moment for arts, culture and creativity in Ireland, from the opening of landmark exhibitions in our National Cultural Institutions to innovative community arts projects. Through Budget 2018, I am re-affirming my commitment to continued investment in the sector as the economy improves.

The Creative Ireland Programme, which I launched last year, is already yielding positive results in both rural and urban communities, with more and more people engaging with creativity than ever before. I am determined to build on this momentum in 2018 by providing funding increases to key institutions, agencies and initiatives that deliver arts, creativity and culture right across the country.

The additional funds will be used to further develop the Programme to increase citizen engagement with creativity in Ireland. I will also be working to build on our existing relationships with our various partners on the Programme.

The Arts Council, which plays a crucial role in the direct funding and development of arts in Ireland, will receive an additional €3 million to enhance its support to artists and arts organisations of all sizes throughout the country. Although an autonomous body, the Council’s work builds on all pillars of the Creative Ireland Programme, and I look forward to continued successful collaboration with them in the year ahead.

I am allocating a further €1.5 million to the Irish Film Board to build on its vital work in supporting Irish film, television drama, documentary and animation. Similarly, its work is key to the successful roll out of Pillar 4 of the Creative Ireland Programme, which is focussed on fostering Ireland’s potential as a centre of excellence in media production.

Increasing access to arts, culture and creativity is the driving force of the Creative Ireland Programme, which is why I have allocated €1 million to accelerate the Creative Children initiative under Pillar 1 of the Programme. I am pleased to say that this will be matched by a further €1 million from my colleague Richard Bruton TD, Minister for Education and Skills, bringing the budget to €2 million for 2018. The programme will be delivered in partnership with the Arts Council.

For the same reason, I will double my Department’s funding to local authorities in 2018 to support and build on the work of our local Creative Ireland Culture Teams, and have also secured additional capital funding to invest in regional arts and cultural centres. This will harness the energy of Pillar 2 of the Programme, ‘Enabling Creativity in Every Community’, which saw 750 events taking place across Ireland in 2017. It will also help to actively support cultural participation in rural communities, which is a key commitment in the Government’s Action Plan for Rural Development.

Culture Ireland will receive an extra €500,000 next year, enabling an enhanced culture programme to be presented across Great Britain in 2018. This will build on the unique cultural relationship between the two countries and expand the reach of Irish culture to new audiences. It will also build on Pillar 5 of the Creative Ireland Programme, which hinges on extending our cultural footprint globally and highlighting our culture as a unique national strength.

I will also continue to work with the Expert Advisory Committee and the All-Party Oireachtas Group on Commemorations to develop a respectful and appropriate programme of commemorations for 2018 and onwards.

The Creative Ireland Programme is the implementation vehicle for a wider, all of Government policy on culture in Ireland, and also links to the heritage, Gaeltacht and Irish language sectors, where I have also increased funding for 2018.

In addition to the 2018 funding envelope, I have secured additional capital funding of €90 million for culture, heritage and the Gaeltacht for the period between 2018 and 2021. This represents an increase of almost 50% in my Department’s capital budget over that period, and will, for the first time, allow for incremental planning on a multi-annual basis, to benefit our National Cultural Institutions and regional arts infrastructure, in particular.

Our country is bursting with creativity. Today, I am demonstrating my continued commitment to bolstering and mainstreaming that creativity through the overarching framework of the Creative Ireland Programme, together with partners at national and local level.

The 25 best gigs & events in Dublin city this week