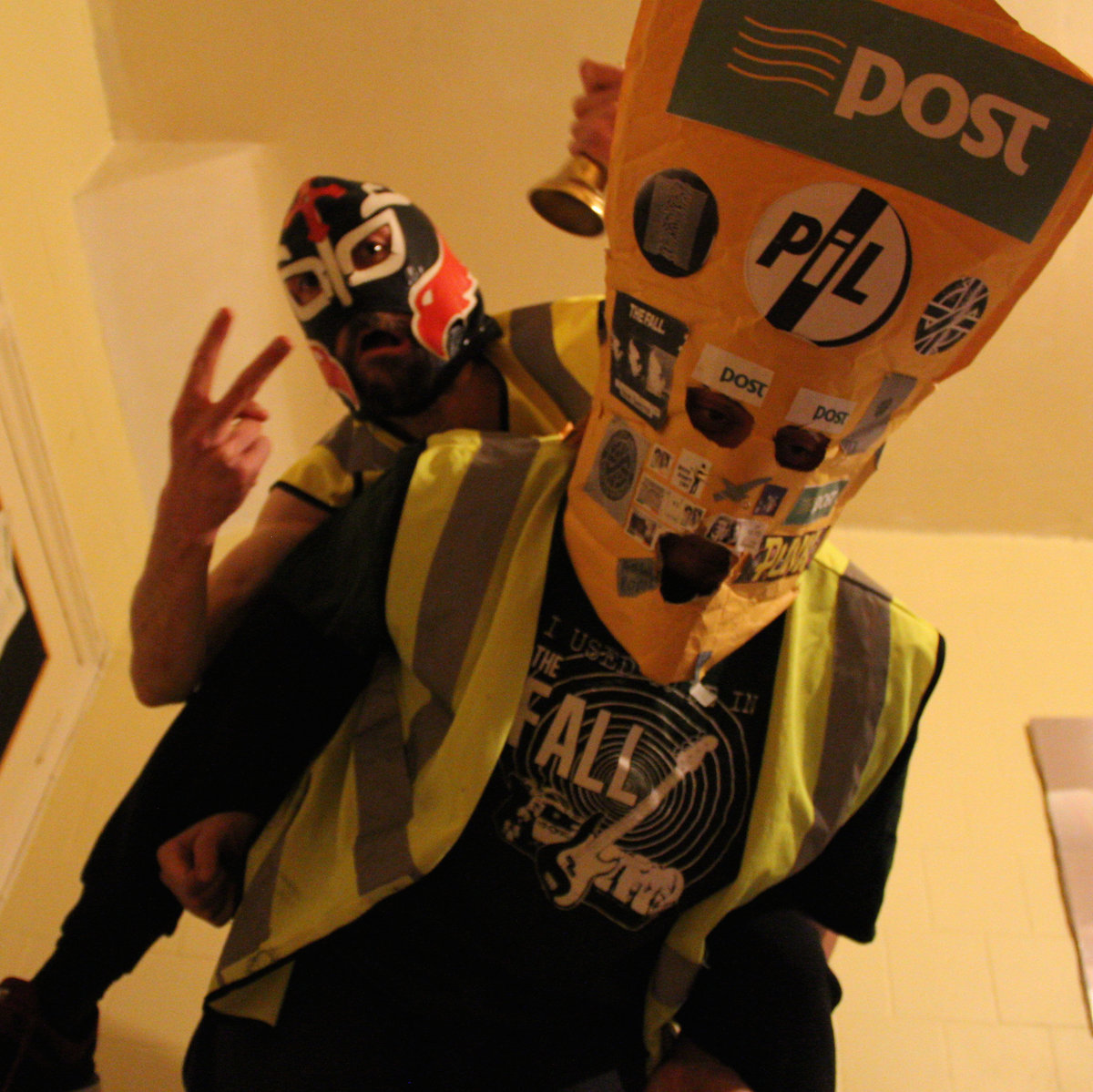 
The don of Limerick hip-hop has been back at it as of late, and he’s brought company.

Over the past few weeks, Naive Ted has continued his journey into noisier, harsher sonic climes with the release of ‘The Minute Particulars’, a fortnightly series of extended-players featuring a wide range of collaborators, including Murli, GodKnows, Morning Veils, and Same D4ence wordsmith Size. An eclectic collection of collaborations, it’s seen Ted explore his ever-expanding horizons and placed collaborators in new aural contexts.

But this week’s installment, ‘Volume III: Stark Raving’ sees the masked marvel recruit a tag-team partner for some serious business: Limerick conceptual artist, bassist and social commentator Post-Punk Podge (pictured above in the padded envelope), digging into a shared cave of noisy rave and live performance that confronts head-on Podge’s very real struggles with mental health in the recent past. Taking specific aim at he and his family’s experiences in the Irish public health system, Podge comments:

For far too long, there has been a stigma around mental health in this country. People are thrown tablets like Smarties and their problems & conditions are never properly dealt with or addressed. The following E.P. that Naive Ted and I made is about my own personal experiences of the HSE’s mental health services, raving, addiction and recovery. The first song is based on an actual conversation I had with a psychiatrist. No matter how crap you feel, there is always light at the end of the tunnel. I know, I have come out the other side. Nothing or nobody is worth more than a life.

CBT therapy is not widely available in Ireland as a service from the HSE. Those in power need to start listening to people, and acting on what they hear. Where there’s life there’s hope, this too shall pass.

‘Running’ also features an appearance from infrequently-seen Ted collaborator Lunatic Christ, who may or may not be one of the Windings lads operating under deep cover, while ‘Once a Week’ features a sampled appearance from Irish rave pioneers The Fourth Dimension.

On the topic of social issues, today is the second anniversary of the Carrickmines fire that took the lives of 16 travellers and drew sharp focus on the conversation of Traveller rights in Ireland, and it seems apropos to post Podge’s recent single on the topic, released last week. ‘An Lucht Siúil’ is a stark piece of music to say the least, available for streaming below.

Stream the other two parts of ‘The Minute Particulars’ to date below, also available for download from The Unscene’s Bandcamp:

‘Volume 1: The Death of My Trust is Sincerely Yours’ (featuring Murli, GodKnows and Morning Veils)