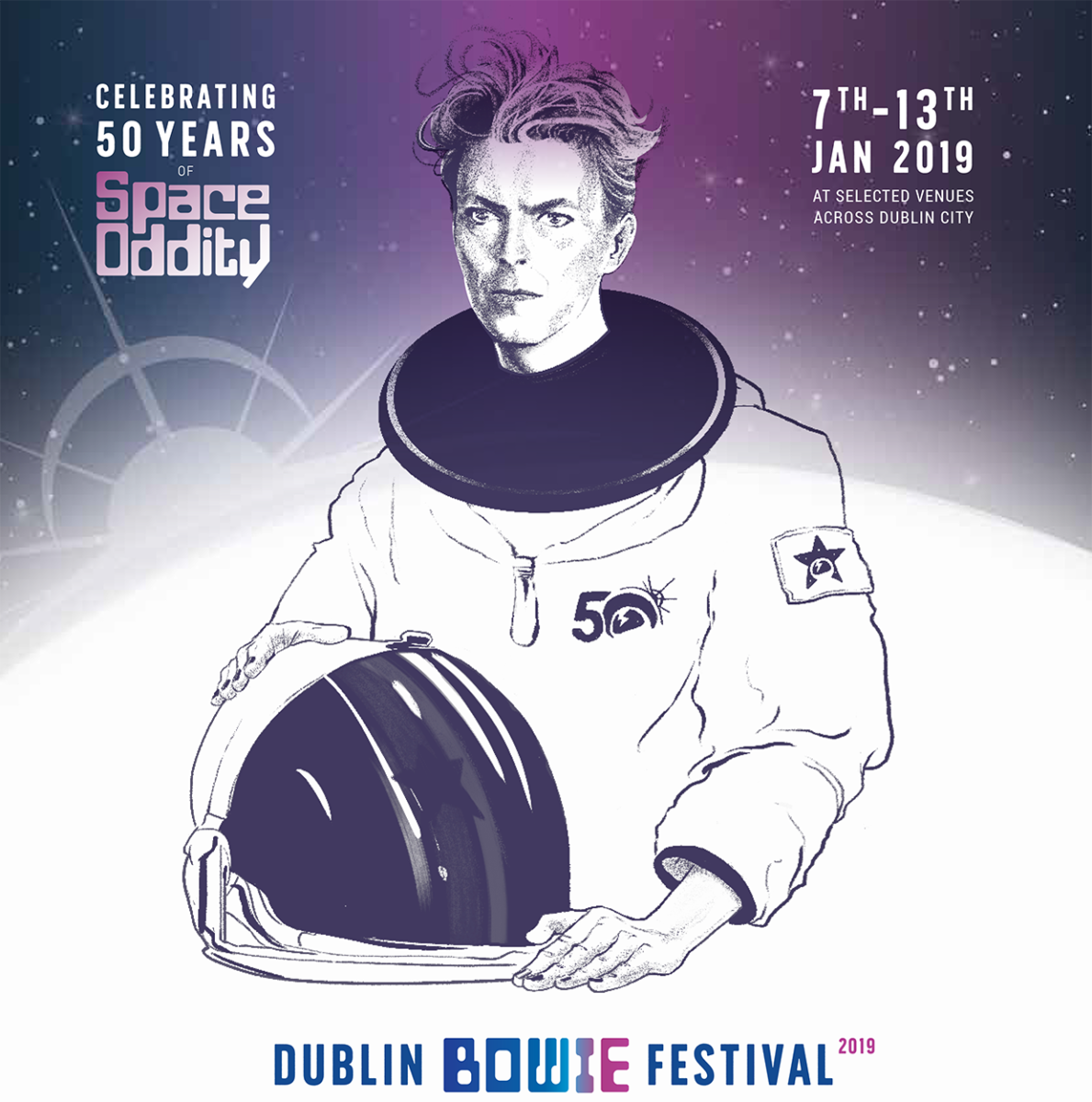 The annual Dublin Bowie Festival will return for its fourth edition next year from January 7th – 13th. Last year’s festival attracted more than 8000 attendees and the 2019 installment is expected to trump that figure.

This year’s week-long event will feature an eclectic line-up of musicians, photographers, artists, writers, DJs, designers and even astronauts. This year marks the 50th anniversary of Bowie’s album Space Oddity as well as the anniversary of the 1969 moon landing, hence why this year’s festival will be astronomy-themed with collaborations through Dublin’s Science Gallery.

The core of the event will take place in a “Bowie Celebration” tribute concert in the Olympia Theatre on Wednesday 9th January. The band will comprise of five key members of Bowie’s band over his career; Mark Plati, Carmine Rojas, Earl Slick, Gerry Leonard and longtime Bowie collaborator, pianist Mike Garson.

Musical highlights of the festival also include a performance in the National Concert Hall of Bowie’s Space Oddity performed by the I Heart Bowie band and Trinity Orchestra with guest vocalists on Monday 7th January.

For the full schedule and ticket information, click here.