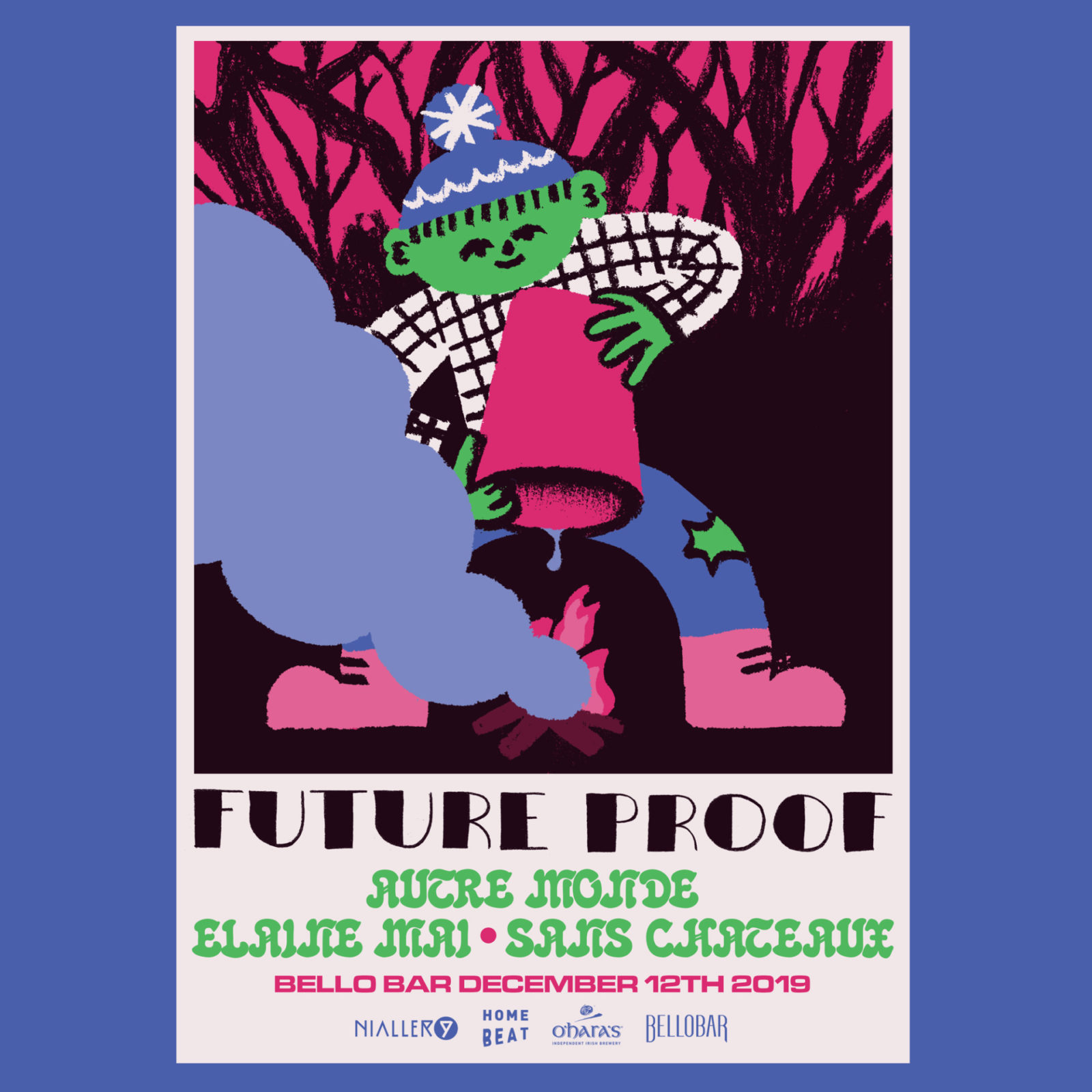 Future Proof is our the much-loved series with HomeBeat in association with O’Hara’s Irish Craft Beers and our last show is this Thursday in Bello Bar.

Autre Monde is a band from Dublin who traverses the boundaries of art-rock, electro-pop and post-punk; formed by Paddy Hanna, Padraig Cooney, Eoghan O’Brien, and Mark Chester in 2017.

Their debut album The Imaginary Museum is due out on Strange Brew in early 2020. Put together over several sessions with Girl Band’s Daniel Fox, the album’s 9 songs mark a definitive statement. It is a predominantly dark record, dotted with moments that are islands of purest pop in the icy sonic sea.

Since starting out as a solo performer in 2011, Irish artist Elaine Mai has been crafting a reputation for atmospheric and melodic electronic music; with a skill for lilting harmonies and storytelling through rhythm and repetition.

Fragile and expansive chambery-folk music from Austin Moore of Cork, Ireland. Written through movements and collaborations across Australia, Canada, France, Cambodia, Belgium and back.