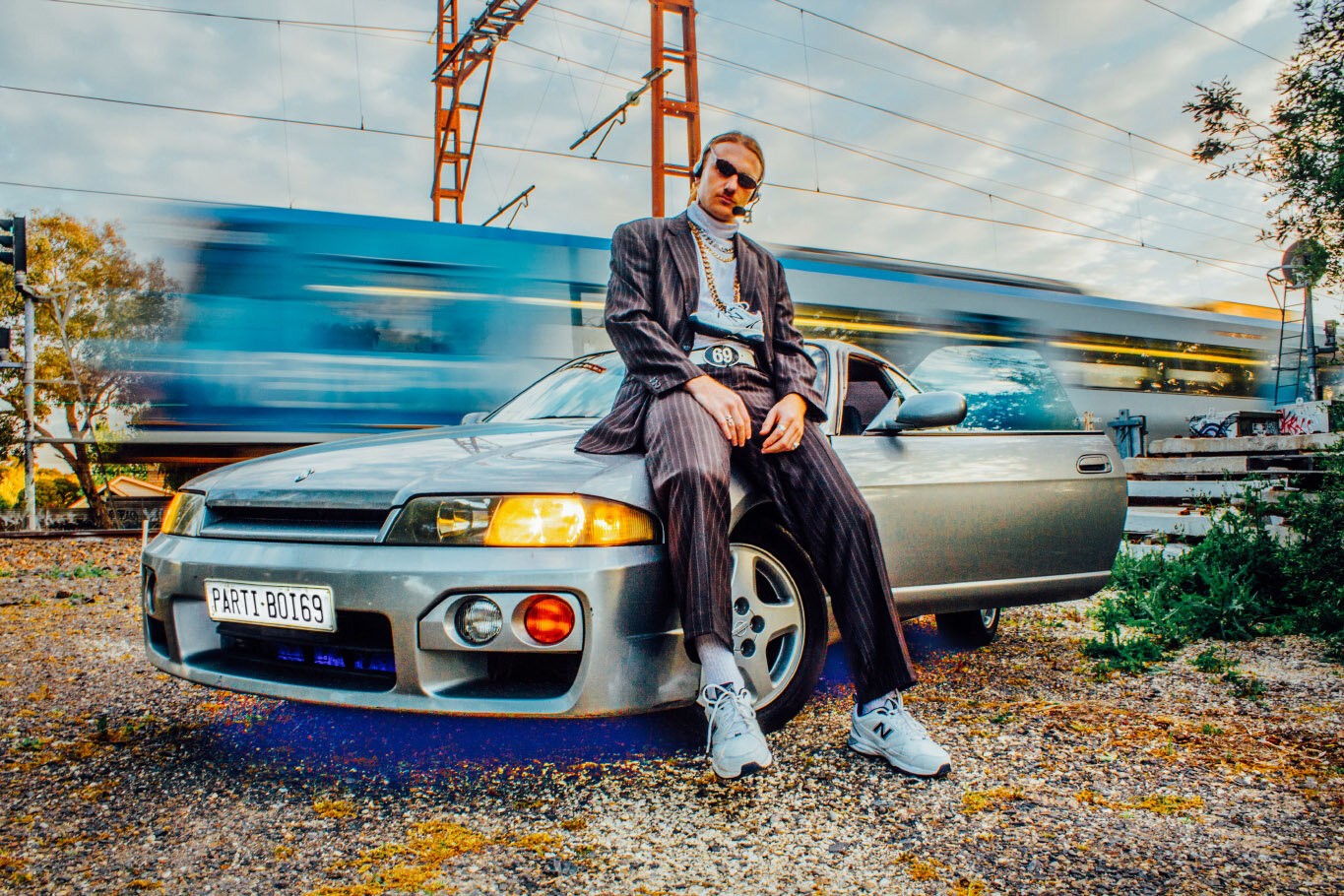 AVA Festival is now only three weekends away. As the Belfast festival moves to its new home of Titanic Slipways and presents its most-varying lineup yet.

Boiler Room is back, there are four stages, a new setup and as well as the acts listed below, sets from other marquee names like Jon Hopkins, Ross From Friends, Special Request, Mura Masa, Sherelle, Piri & Tommy, Jordan Nocturne, TSHA and many more.

Tight now is the perfect time to get hyped, via 9 recorded DJ or live sets from performers heading to this year’s event in Belfast on the June Bank Holiday at AVA.

Some DJs are incredibly serious looking. Not Partiboi69.

The Australian DJ is known for wearing a pair of sneakers draped over his neck, crooked sunglasses and his high-energy DJ sets that dip between g-house, electro, Miami bass and g-tech and an exuberant mixing style.

This is one of those dizzying fun mixes you should revisit every few months, with tracks from DJ Boneyard, DJ Rashad, DJ Deeon, DJ Protein, Dizzee Rascal and Paul Johnson.

As a Youtube comment says “I hate when people compare Partiboi69 to God. I mean, he’s good, but he’s no Partiboi69.”

One of the rising producers of the last two years.

Since then, Poulter has been showing her range, and fresh from Coachella, is stepping out on summer festivals including AVA Festival, Primavera and Field Day,  this summer.

Sally C aka Big Saldo, makes a grand return to her hometown after last year’s appearance, and with the moves the DJ and producer is making, there’s really no way she couldn’t be invited back.

Whether its her own releases on her label Big Saldo’s Chunkers, or her hip-house heavy sets as seen on her 2019 AVA x Boiler Room set, Sally C is in the place to be.

The music that brothers Tessela and Truss make together is all about colossal bass and drum hits that are baked with precision, matched with a post-dubstep, garage, 2-step and brilliantly economic vocal samples that have made their Overmono project one of our favourite current electronic acts.

Last year’s Essential Mix features tracks like their For Those I Love remix, along with an Ariana Grande / Barker mashup, Floating Points, Baby Keem, a Rosalia edit and many of their own original tracks.

Catch them at AVA for a live set of their own material, but this has got me hyped to see them this summer. 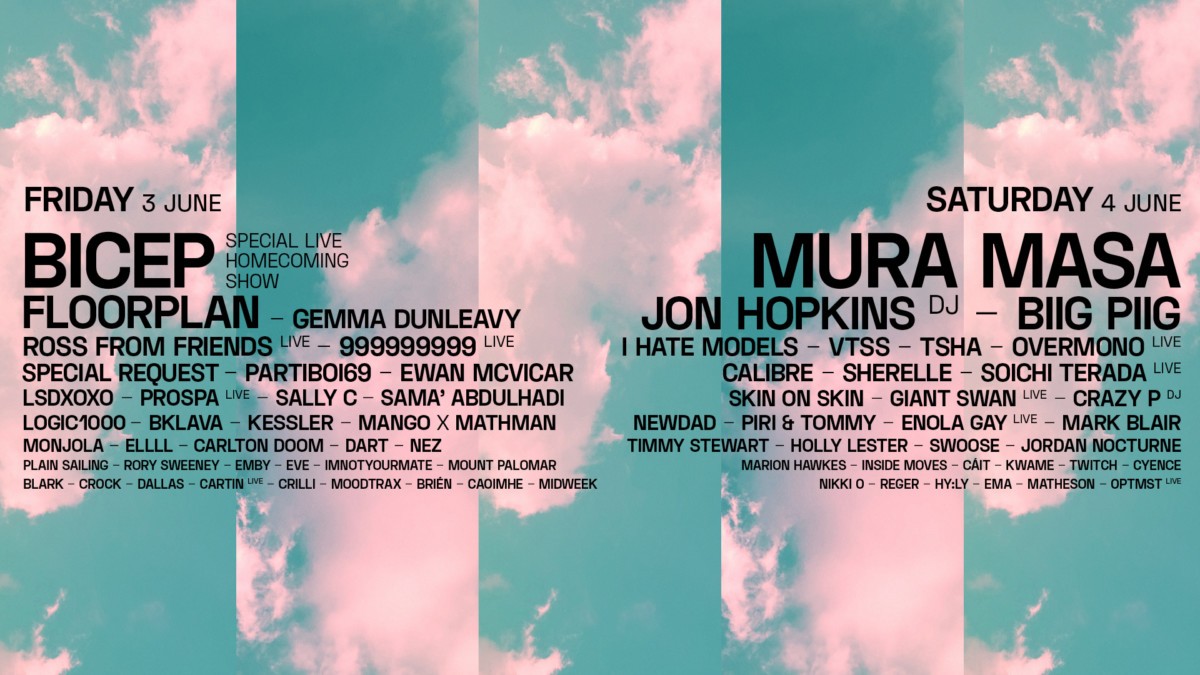 Tokyo producer Soichi Terada has long plied a trade of house music way back to the 1990s. A Hunee-curated retrospective album in 2015 released on Rush Hour, put him back in the spotlight, and a new album Asakusa Light was released at the start of the year, his first album in 25 years.

All of which means, a fresh light is shining on Soichi Terada’s moving house music with soul. He just contributed to the Essential Mix series, in a 2-hour set filled with Japanese electronic music originals you’ve likely never heard before.

The father-daughter duo of Robert and Lyric Hood have cornered the market wonderfully when it comes to gospel-sampling house and techno euphoria.

Floorplan are always a uniquely singular prospect as a result, which means their sets at festivals at AVA are always a highlight. Peep this recent Defected live mix recorded in Austin for religious proof.

The Dublin DJ is making a name for herself.

When not booking Dublin’s best club space in Yamamori Tengu, or releasing dub-leaning records on Woozy or uplifting female-identifying, trans and non-binary creatives under the Skin&Blister, Dublin DJ EMA is probably DJing somewhere you want to be.

Heavy on the bass.

Recent sets have seen EMA play at Fabric, Keep Hush, or this recent NYC visit to The Lot Radio:

Queen of the Palestinian techno scene

Sama’ Abdulhadi is a Palestinian who has experienced a lifetime under occupation and conflict by Israeli settlers, and techno was her creative escape and release from the reality on the ground.

This Boiler Room set live from Palestine in 2018, is just shy of 10 million views, and offered a rare glimpse into Palestinians enjoying themselves, with a homegrown Ramallah DJ absolutely in charge, and suddenly, getting a career jump that has sustained itself since then. Watch this and it’s easy to hear why.

The stage is set for the Belfast duo to bring the city one of its defining music moments in recent years.

This year’s new location for AVA Festival at the Titanic Slipways seems to set the biggest stage yet for Andrew Ferguson and Matthew McBriar’s Bicep hometown return.

After releasing their second album during the pandemic, and putting out one of lockdown’s single best live streams from Saatchi Gallery, AVA will finally blow those lockdown cobwebs away, armed with euphoric belters and huge stage production, fitting for this summer’s proper return to outdoor dancing. 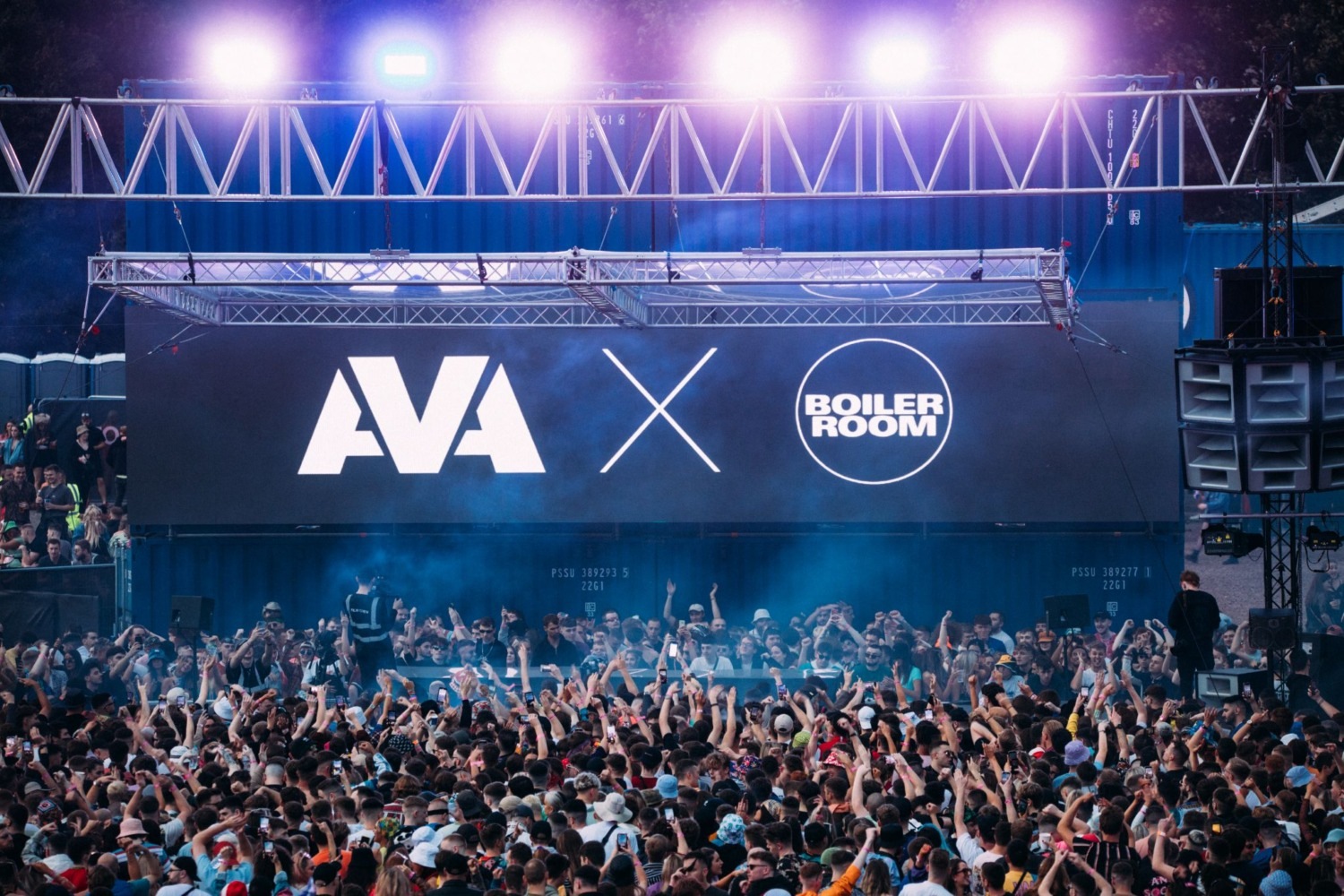