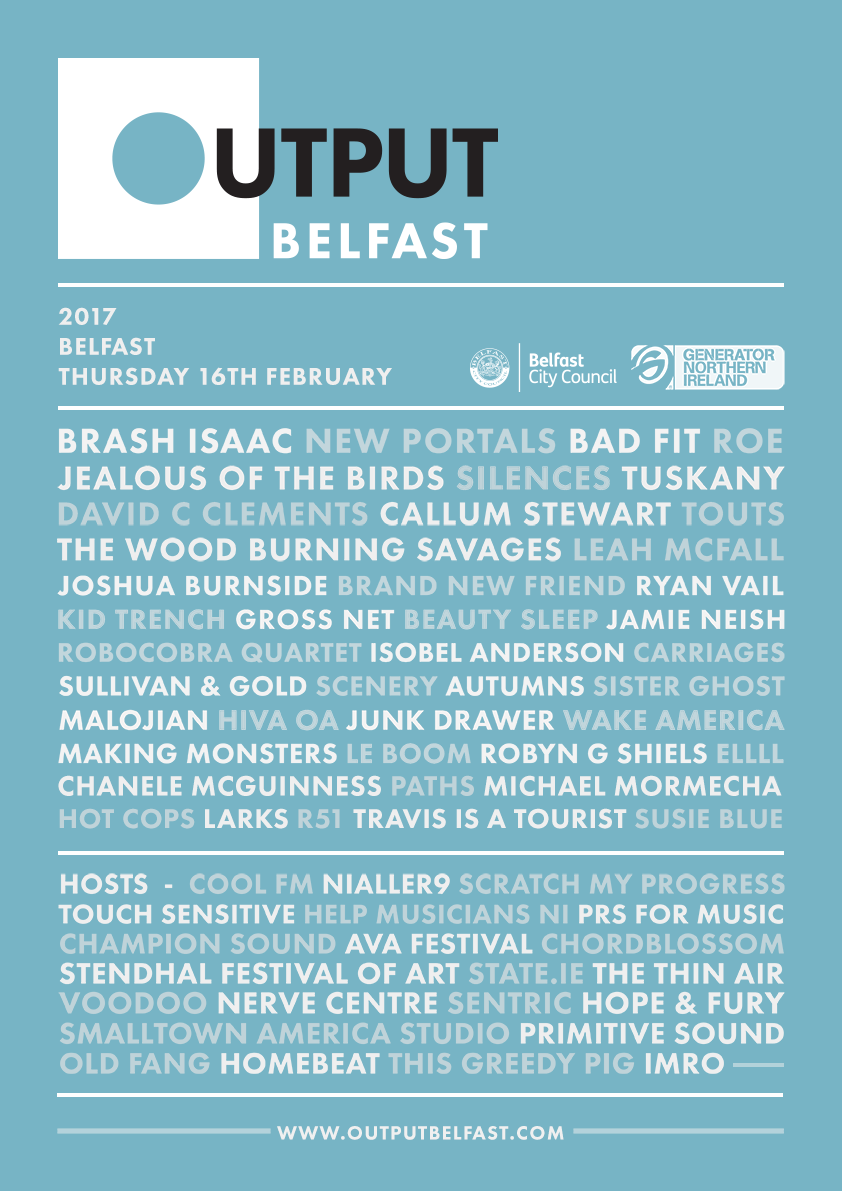 Music conference and showcase event Output Belfast, which takes place for the third year in a row at The MAC, The Oh Yeah Centre and other venues in Belfast on Thursday 16 February 2017 has revealed the bands and hosts for the live music part of the event.

The conference in the MAC will include panel discussions, music sessions, workshops and speed networking events as well as keynote speeches.