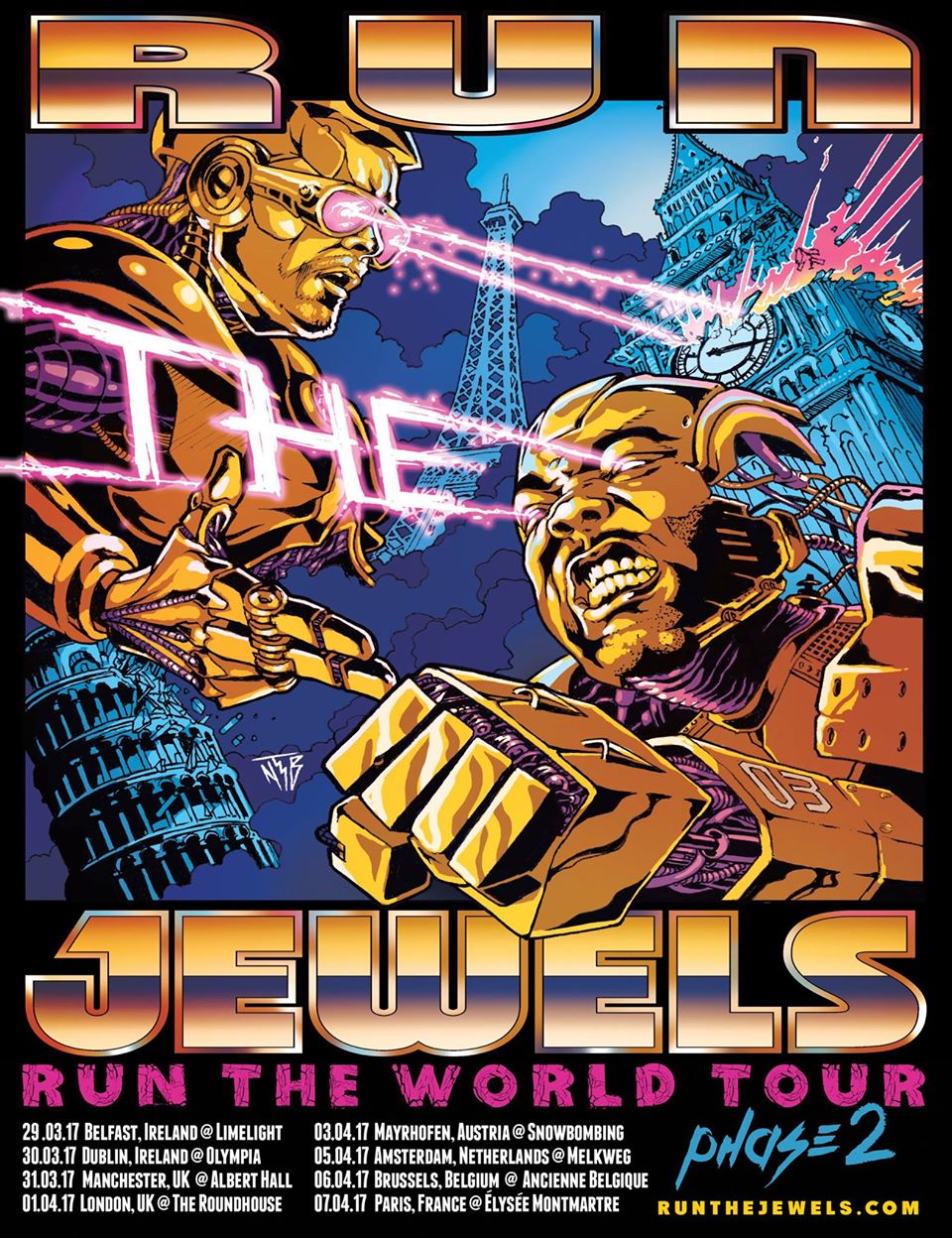 Run the Jewels dropped their third album and you know what that means.

Tickets go on sale at 10am on Friday from Ticketmaster. Price TBC.

The physical release of the album comes on gold vinyl.