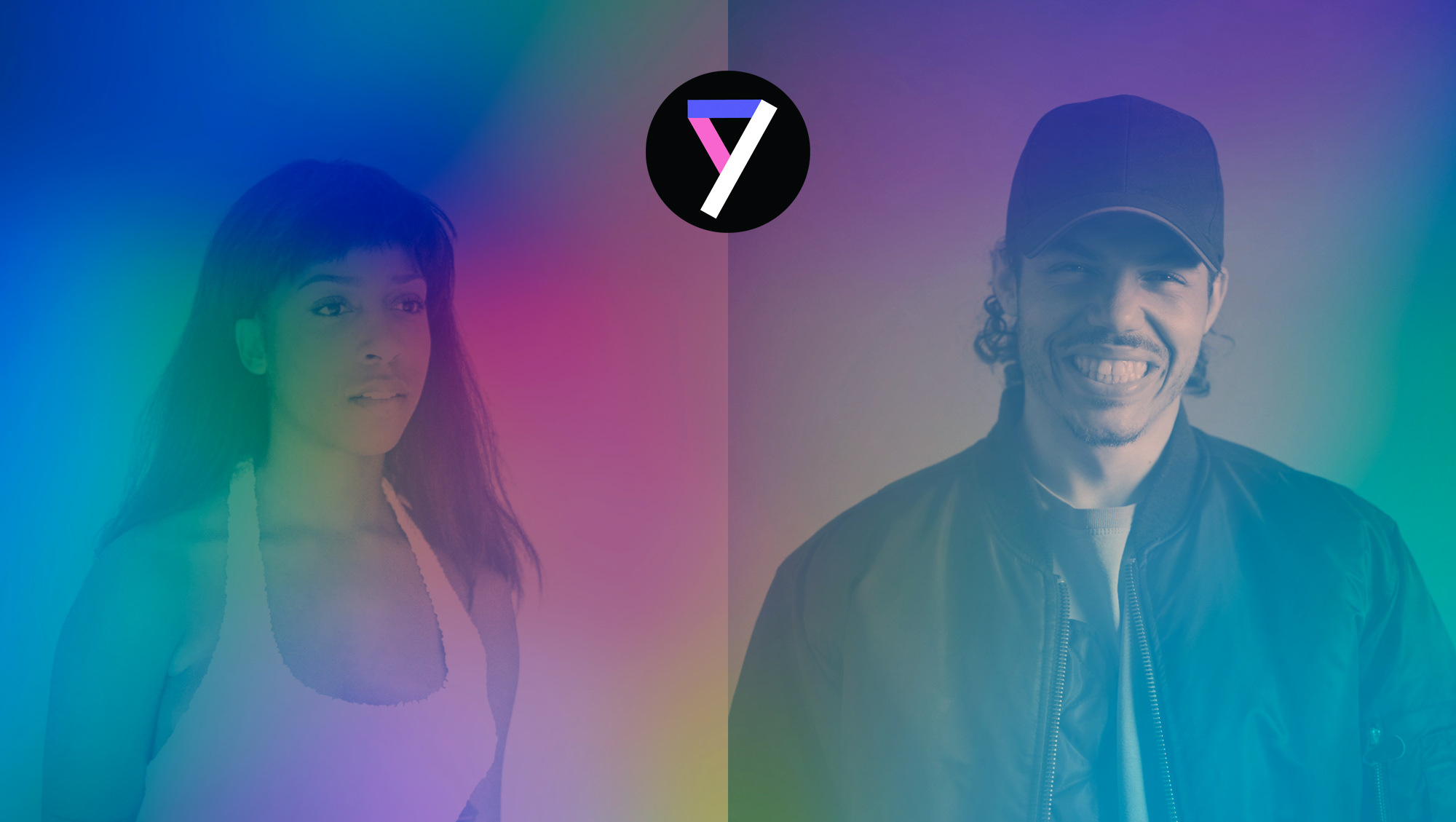 The Kansas City artist 1010 Benja SL dropped an impressive EP, Two Houses, on the Young Turks label last month and it’s a mix of hip-hop production, ambient electronica and R&B. ‘Tragic X’ features a moving hypnotic vocal over billowing crystalline synth lines about a slipping relationship. 1010’s vocals are deep and moving, even if paired with a somewhat trivial spoken word part that appears like a radio ident throughout the track. You can’t obfuscate emotional connection and this song kept me company in tough times this month.

The Spanish Flamenco artist Rosalia’s new album El Mal Querer confirmed a global star in the making who fashions a new contemporary pop style inspired by a thirteenth century novel about a woman imprisoned by her jealous fiancé. Album highlight ‘De Acquí No Sales’ is a thrilling blend of Rosalia’s yearning vibrato and rhythms formed by motorcycle engine rev samples that coalesce into a stomping handclap thriller of a song with low-end borrowed from hip-hop production. Dramatic and individual.

Vince Staples’ recent mini-LP FM is packed full of wry political and social commentary. ‘Fun’ and the video which accompanies it is the perfect example. A snapshot, lyrically and visually into the cycle of violence and poverty many African-Americans endure and the white suburban kids who often idealise it. It’s uncomfortable watching, but a lot of great art is. Powerful stuff.

While Oxnard, the newest Anderson .Paak album can’t quite match the magic of Malibu and features a number of crass turns for an artist as talented as .Paak, a number of tracks on the record, aren’t marred by bad decisions. ‘Cheers’ is an ode to lost friends like Mac Miller that adds a wide-angle lens with its soulful production that draws from .Paak’s jazz and funk background. By the time Q-Tip shows up desolately rapping about sending flowers the the mothers of his dead friends, it cements the track’s emotive draw.

Hearing The Redneck Manifesto make music again is always going to be a pleasure. The band’s tight-knit friendship is palpably heard on new album The How and it’s a delight to hear a band 20 years deep progress and arguably make some of the best music of their career. The expansive nature of ‘Head Full Of Gold’ is an example of this – it is a slow-builder over six minutes that allows space for reaching synths, throbbing low-end and percussion to give way to the familiar Redneck guitar tones and a full band performance has us welcoming their return.

Love Is A Dream

The closing song from Irish band Spies’ long-coming debut album Constancy is an unexpected curtain closer after the rush of textured synth and guitar music that comes before. ‘Love Is A Dream’ is a bittersweet old-fashioned album closer played on piano and guitar with Michael Broderick’s voice soaring while singing about life changing experiences, letting things go and the mystery of love.

Charlotte Adigery aka WWWater impressed us recently in Iceland, and here she continues the fine form that has established Soulwax’s Deewee label as a must-follow, with a Bolis Pupul-produced track built on mechanical tension and hypnotic lyrics. An EP called Zandoli drops in February.

Australian musician Julia Jacklin announced a second album called Crushing to be released on February 22nd 2019 and ‘Head Alone’ is the second track we’ve heard from it. It features Jacklin’s trademark gentle folk style and is a song that Jacklin says “came from two years of feeling like the space around me shrinking to the point where I couldn’t even raise my arms. This song is me raising my arms and running into an open field. A bit of a plea to those around me to give me space and a song to remind myself that it’s okay to enforce boundaries, the good people in your life will listen, adapt and still love you.”

Jacklin plays Whelan’s, Dublin on Saturday 30th March along with a number of dates including Glasgow, London, Brighton, Birmingham, Paris, Bristol and Leeds.

Kelsey Lu usually makes material far more experimental than the nu-R&B of ‘Due West’, but the artist has made the transition into a pop aesthetic seamlessly. Lu’s vocals are silky smooth, perfectly suited to the thick instrumentation and production ethos featured on the track. There’s still an arthouse spirit, but there’s little denying the pop-influenced refrain. It seeps into the ears and into the heart. The video is absolutely stunning too.

Dublin rock band Fontaines D.C. continue their global rise with ‘Too Real’, a raucous rock’n’roll track that marks a bit of a departure from the band’s earlier singles with an increase of energy and Grian Chatten singing ‘is it too real for ya?… as it stands I’m about to make a lot of money”. It’s a song that keeps the band’s singalong edge but offers something more sonically-driven than before.

A blistering disco punk cut with nearly five whole minutes of over the top swagger and the sort of cool that verges on the absurd. Held aloft by a dirty bassline that smashes into the mix like a brick into a window, ‘A Real Women’ is laden with infectious percussion and lethal intent. It’s life and love in the most metropolitan cities, miles past the point of being polite. The hook, from which the song gets its title, reveals the two schools of thought which educated the music. The first is the sugary-sweet disco notion of earworm melodies and the second is synthpop a la Pet Shop Boys. Not, under any circumstances, is this song to be listened to before sundown.

O Emperor called it a day with their best and most unconventional album to date, drawing from recent years play jazz and psychedelic music. Jason is an album that feels unburdened by expectation and is all the better for it. ‘Effort’ embodies that change and growth completely on a bittersweet but brilliant release.

German producer Lauer released his long-awaited Power third album last month and it does indeed have some powerful dance productions on it. My highlight is this synth disco/house ’80s throwback stomper.

Ariana waited until after the release of the so-so Sweetener album to release her best track of 2018. It was the song that launched a thousand memes and is a glisteningly bright songs about learning from past lovers and yourself. It’s also the second song on this list to pay tribute to the recently passed Mac Miller.

Tobacco and Aesop Rock team up for a new project called Malibu Ken that debuted with this eerie synth-rap track about an acid-induced slaying in New York in the mid ’80s. A debut album as Malibu Ken is released in January on Rhymesayers.

Krystal Klear has had some year. Along with the release of the song of the summer and a bunch of great tracks, this remix puts a dancefloor spin on a highlight from Jungle’s second album For Ever.

Just in the Band

Dublin band Silverbacks keep up the momentum that now has them mentioned alongside’s Ireland’s rising guitar bands by the NME and Stereogum. ‘Just in the Band’ typifies the band’s throwback art-rock leanings, with busy guitars, driving rhythm and Daniel O’Kelly’s sardonic and almost-spoken meta lyrical delivery. Catch them Saturday in Whelan’s Upstairs in Dublin.

King of the Hill

The powerful triptych collaborators Thundercat, Badbadnotgood and Flying Lotus show off the best of their strengths with a languid R&B cut from the Brainfeeder X label compilation. Delicate melodies, BBNG’s headnodding rhythms and Fly Lo’s eerie production touch combine like a superpower.

Orla Gartland first came to prominence through her popular YouTube covers and has since made a name for herself with original material. Now based in London, ‘Between My Teeth’ is the second song to materialise from a new project (yet to be given a title). The track is unmistakably Gartland with quirky electric guitar rhythms and bass lines building before an irresistible chorus, “please don’t lean on me, cuz’ I don’t want your heart between my teeth”. The Dublin native said that “it’s a song about trying to save someone; balancing the urge to help with the urge to run”. The song is ultimately about self-care and preservation, a theme that seen a recent surge in the songwriting landscape.

Talos are gearing up to release a new album in early 2019 and ‘See Me’ offers a tantalising glimpse into what is to come. It is certainly the most overtly-pop inspired track the Talos project has released to date yet ‘See Me’ retains the reflective edge that has become a bit of a calling card for the group. There may be the sort of bombastic chorus usually reserved for pop hits, but French’s lyrics remain too broody and expressive to comfortably fit the genre.

Al Tvvins continue their rejuvenation with a song that suggests they are find new shades of their sound. Their second album Just To Exist which was coproduced by James Vincent McMorrow comes out next year and ‘Infinite Swim’ has some Talking Heads influence while hitting on a sweet electronic / pop / rock hybrid.

Belfast producer and Bicep cohort released a fine 12″ on Dublin’s Modern Magic that had me coming back. The highlight ‘Ozone’ is a track driven by overpowering low-end that adds some rubbery funk to a minimally-produced but expertly-put-together house track.

Melts are a psych rock group from Dublin comprised of members from Ghost Estates, The Things, The Mighty Stef and The North Sea who we featured recently with their debut single ‘Skyward’.
2XM DJ Graham Smyth as Mr Myth, has put together a fine electro-chugging remix of the track that retains the original’s kraut-rock sensibility and added a Soulwax-style electro vibe to it.

13 new tracks you need to hear this week