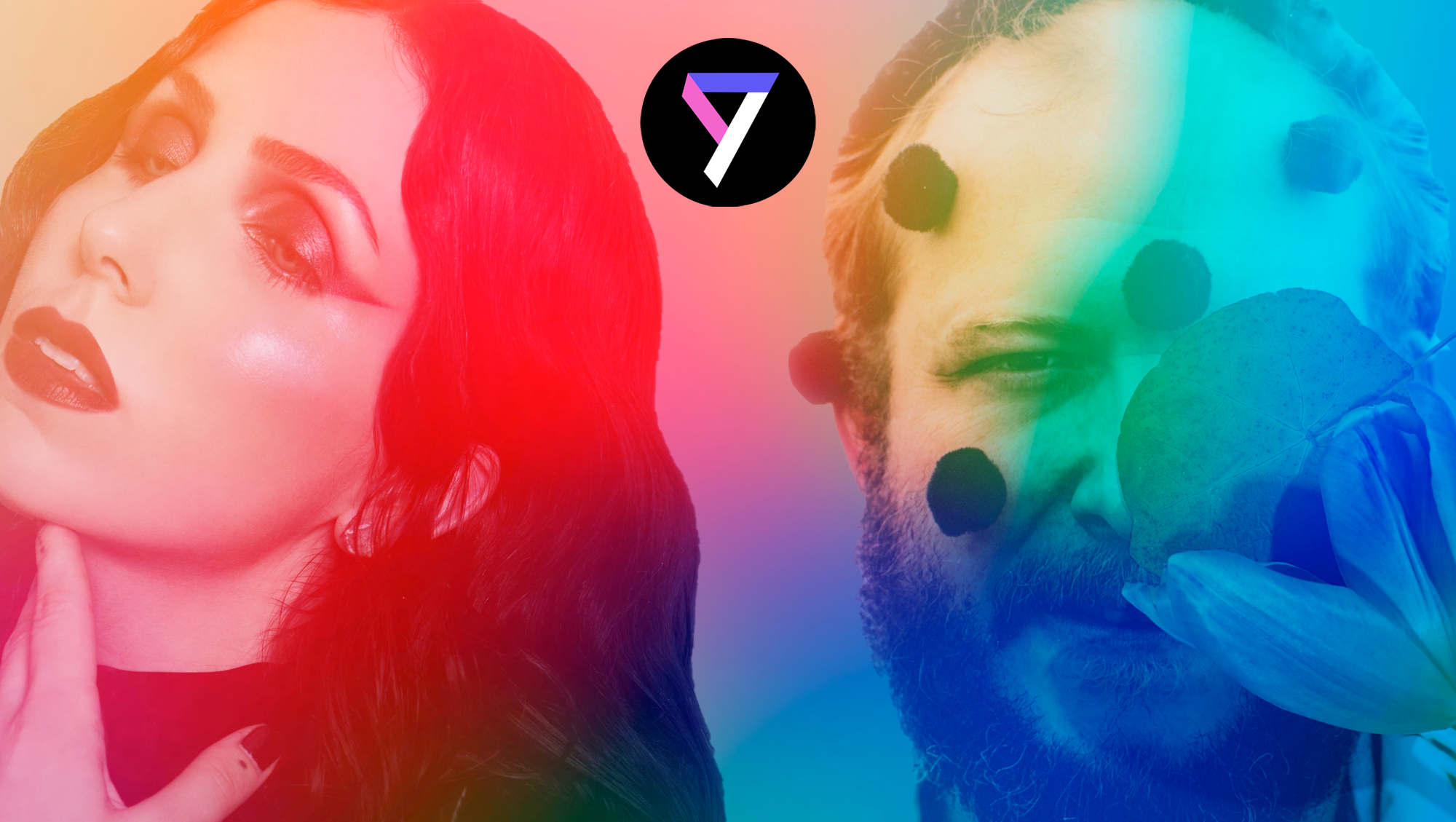 This superb single from Dublin noise rock group Girl Band was the vote of confidence in forthcoming album The Talkies many were so desperately craving. Dara’s vocals have never sounded fiercer or more pointed. His howled rendition of “What Is Normal?” is a highpoint of Irish music in 2019. A timely reminder that in such surreal times there’s still plenty of simple truths to be learned from four talented young musicians pushing their respective instruments to sonic limits.

A standout track from Justin Vernon’s latest album under the Bon Iver moniker. ‘U (Man Like)’ is an arm around the shoulder. Held aloft by a stunning piano sound carrying a sweet gospel harmony. Moses Sumney adds a couplet in the later verses, as does an actual honest to goodness choir. Read our in-depth review of i,i here.

Big Thief are expecting another album this year. Two Hands is out in October, it’ll be the band’s second of 2019 – following on from U.F.O.F.. ‘Not’ is gritty, near desert rock at times cut. We’re dead excited but musicians around the world are fuming over thier work rate.

‘Ibtihaj’ is a showcase of some of hip-hop’s most talented names. It’s always a treat to get a rare encounter with D’Angelo and Rapsody is at her best on this tribute to US Olympian Ibtihaj Muhammad, the first American Muslim woman to wear a hijab whilst competing. Sampling GZA’s ‘Liquid Swords’, ‘Ibtihaj’ is buoyed by Rapsody’s irresistible flows and an overall timeless feel. Produced by another legend in 9th Wonder, ‘Ibtihaj’ is an essential hip-hop track.

Marie Davidson, the Montreal producer who brought you our favourite motivational dance tune last year, returns with the industrial, take no prisoners techno of ‘Chasing The Light’. Your neighbours will love this one.

The two Softboys go hard on what is essentially a trappy banger in ‘Airbnb’. The track is lifted from the pair’s forthcoming Green Diesel Mixtape, which is due on Friday. It’s definitely a less unique sound than what we’ve come to expect from Kojaque, but the track has grown in charm and character with repeat listens – so you’d better start belting it out.

This is exactly why Four Tet is one of modern dance’s most vital creative forces. ‘Anna Painting’ is progressive and lush, experimental but never unapproachable. It’s a joyous, deftly crafted dance floor anthem.

An artist we intro-ed back in 2017, female recording artist Sudan Archives caught our attention again with the release of ‘Confessions’ this month. There’s so much going on here musically, that golden-era Hollywood fiddle melody & Archives’ own nu-R&B vocal delivery. A big yes to this.

Inglewood R&B vocalist SiR comes through with a dark, bass-heavy nu-R&B gem with a guest feature from none other than Kendrick Lamar. Love the production on this one, with the bass line and drums being mixed so tight to one another.

Battles have resurfaced as a duo & are expecting a new studio album shortly. ‘Titanium 2 Step’ is lifted from that forthcoming project. It’s breakneck, bitty and utterly grin-inducing. We’ll be having some more of that please.

HAIM has returned with sunny new song ‘Summer Girl’. The track is the LA band’s first release since 2017’s Something To Tell You. ‘Summer Girl’ is a characteristically upbeat HAIM song with smooth jazz touches bouncing around their laidback, stylish indie-pop. ‘Doo-doos’ and mellow saxophone riffs dance around a breezy rhythm and the trio’s typically buttery vocals.

The two boys absolutely killed it at the Casa Bacardi this weekend past. I’ll have the ultra-catchy riff from ‘Ground Control & Major Toms’ stuck in my head for as long as I live.

Floating Points’ new one is a bit of a mind warp. ‘Last Bloom’ is of that distinctly futurist dance music vibe, glitchy breakbeats and ever-shifting textures. Some of the synth work littered throughout the track are almost liquid, flowing in an endless stream of shapes and sounds. Proper production.

Brainfeeder’s Ross From Friends comes out punching with his new Epiphany EP. The title track is a compelling opening statement, a meld of the lo-fi electronica presented on his previous releases with an undercurrent of nu-disco more overt on other cuts from the project. The production is stronger here than it was on 2018’s Family Portrait, with ‘Epiphany’ offering a clear and concise insight into one of dance music’s finest minds.

The introduction many listeners received to The Murder Capital way back when they did the SOMA sessions in the first half of 2018 still stands out as one of the post-punk highlights on When I Have Fears.

Gothic folk artist Chelsea Wolfe drops another gloomy gem in ‘Be All Things’. It’s a fair oul shake from the doom metal the artist was producing only a couple of years ago (but she has delved into atmospheric folk most notably on Unknown Rooms) – but somewhere in the mix that core of that sound remains. It’s a testament to Wolfe’s considerable songcraft.

Brazil’s most well known MC teams up with soul sisters Ibeyi on the simmering ‘Hacia El Amor’. There’s plenty of Latin elements which inject this cut with dynamism, the most notable of which being the heavily syncopated drum patterns. Love the horns on this one too.

A bright discovery on the Irish hip-hop scene, Dania’s ‘Paro’ displays a young MC with plenty of flair and technicality. Few dodgy bars here and there, instrumental is definitely inspired by Lamar’s’Humble’, but otherwise this is a golden cut receiving a new lease of life on the MC’s Solid Gold mixtape.

Speaking of Irish hip-hop, NI producer and Class Craic Records founder CBAKL has only gone and dropped the best instrumental mixtape of the year with Wisdom Is Misery. ‘Hurt & Misery’ is our top choice, but you couldn’t go wrong with any of the tracks on the LP. Proper sublime sampling and arrangements here by way of the great hip-hop producers of yesteryear.

L.A. DIY three-piece Automatic’s second single ‘Too Much Money’ is a detailed articulation of a musical vision for a band still in their infancy. Two minutes and change of grainy synths, nu-wave basslines and tight drums. Nice.

Earworm dream pop from Aussie artist Abram Shook. ‘Cocaine Blonde’ is lifted off Shook’s new LP The Neon Machine. A strong downbeat groove gives this near four-minute jam a much-needed drive. The vocal melody is golden, with the rest of the arrangement generally provided support to that.

Used To Be Lonely

The Chicago band are back in full Autumnal force on new album Forever Turned Around. ‘Used To Be Lonely’ is that nostaliga laden folk rock signature sound Whitney do so well to begin with absoltuely perfected.

Mixed feelings about Friendly Fires’ new album Inflorescent abound, but ‘Almost Midnight’ is an easy highlight. Hyperactive, bombastic dance-pop music delivered with more gusto than you could shake a stick at.

Jesus Forgive Me, I Am A Thot

London producer, singer and rising star Shura is back with her follow-up to 2016’s Nothing’s Real. Forevher advances the charismatic pop of her debut with newfound confidence and maturity. ‘Princess Leia’ is a slow cut with restrained hushed vocals harmonizing alongside dreamy synths for the most introspective moment on the album. Shura is laying down the bricks for becoming an underground pop sensation and Princess Leia is an excellent piece of controlled balladry.