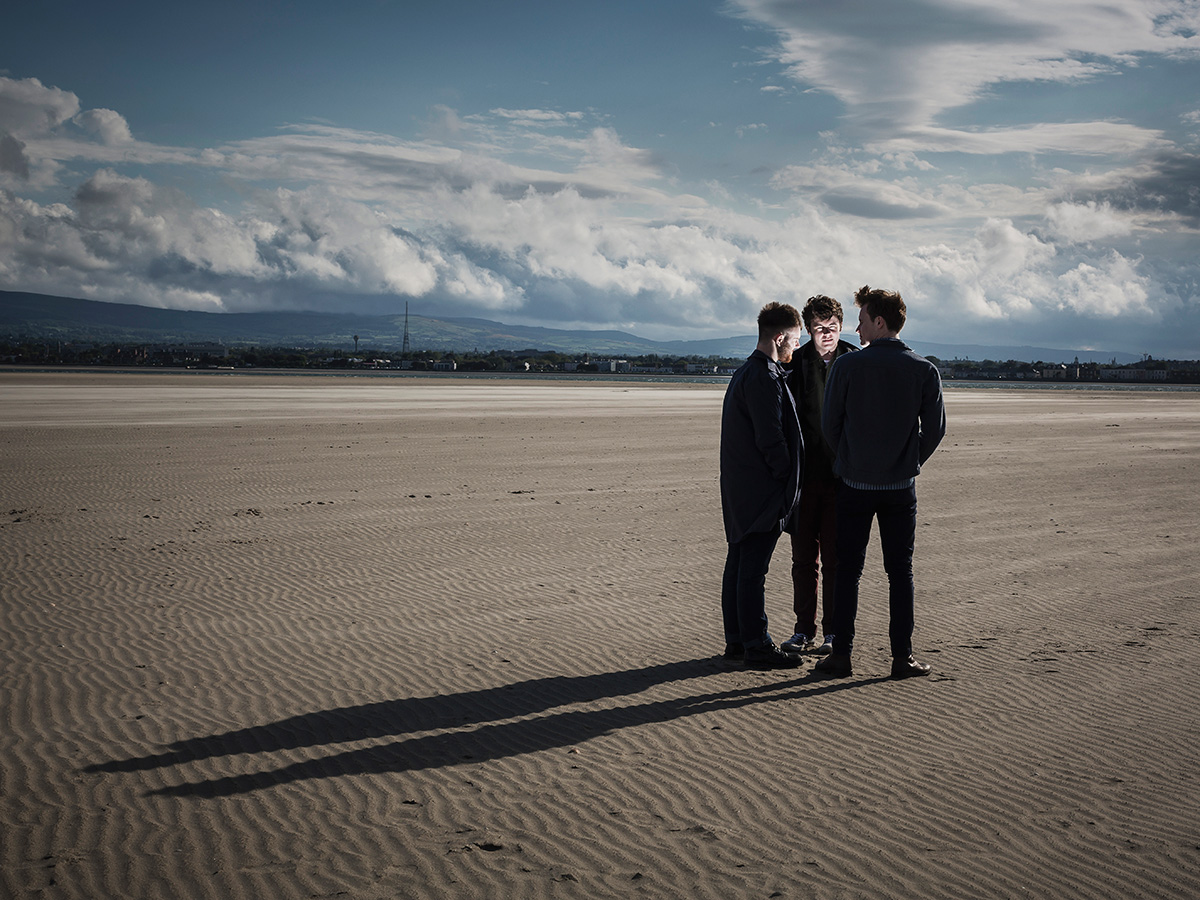 Julio Bashmore to play the Academy in November

The Limerick band Bleeding Heart Pigeons, consisting of Mícheál Keating (vocals/guitar), Cathal Histon (synths, samples and vocals) and Brendan McInerney (drums) have been together as a band for eight years already. Now, only in their twenties, and now signed to London’s AMF Records , they’ve announced a second EP, A Hallucination, to be released on the label on August 21.

Their first EP, which bravely took inspiration from the Columbine school massacre and used it as fuel for artistically-driven cinematic indie music suggested ambition.

‘A Hallucination’, the title track from the new EP is even more ambitious, an eight-minute bright psychedelic swamp of guitar and synth swirls. The song was written “in a post-teenage philosophical bender on solipsism,” says Keating. “It’s a theory that nothing exists apart from your mind.”