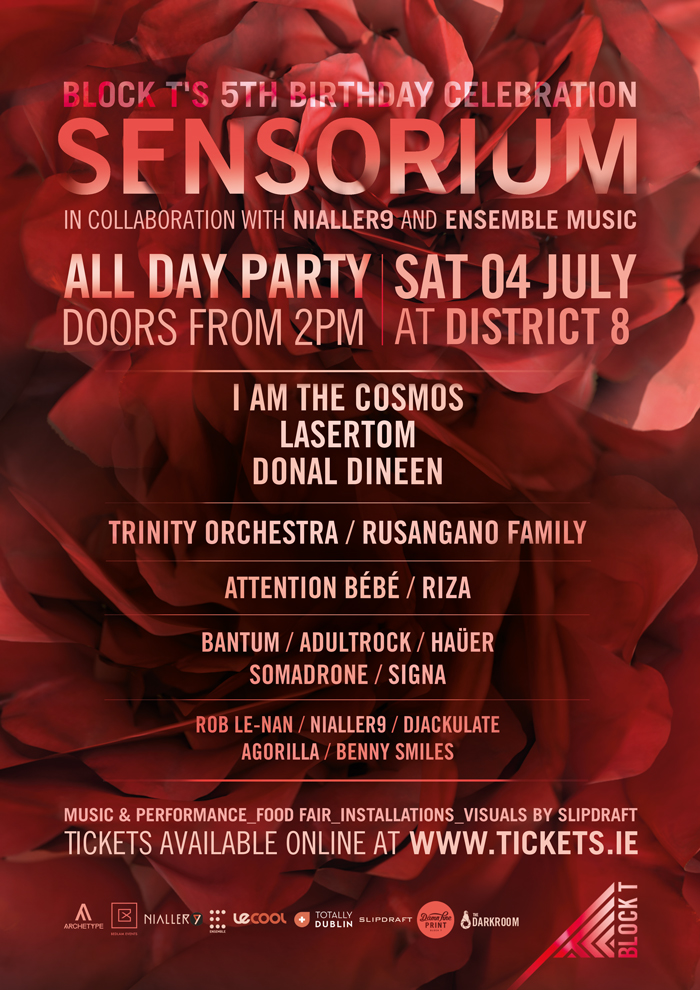 Come On Live Long – ‘Speak Up’

Update: Clu have just been added to the lineup for a DJ set after their big performance at Body&Soul this past weekend.

Block T are celebrating five years of being cool boys and girls who facilitate creative, artistic and performing arts through their space and organisation. I put on a couple of gigs with them last year and they were lots of fun.

Their fifth year celebration is called Sensorium and it happens on all-day Saturday July 4th at District 8 / the Tivoli on Francis Street in collaboration with myself, Archetype and Ensemble. It’s also a fundraiser for Block-T.

The lineup features a host acts and DJs including:

There will be visuals by Slipdraft, The Light Fantastic, and Glow Depot with food and more. Tickets start at €17.50.

Edit: Huxley, Ed Davenport, Voisky and Gavin Phil Junior were originally on the bill but are no longer.

Lianne La Havas for a Dublin Olympia show; win tickets before they go on sale