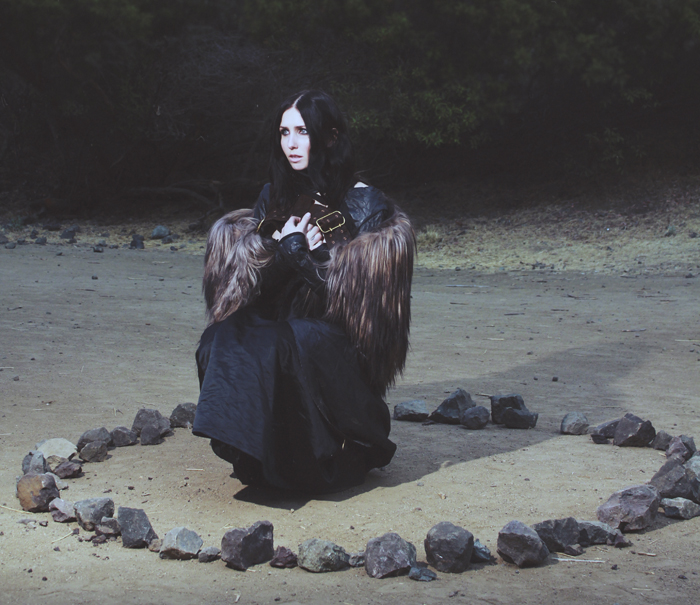 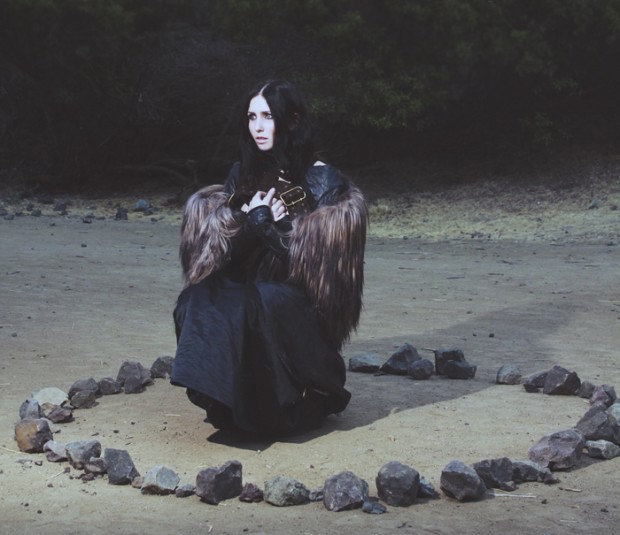 I became aware of Chelsea Wolfe’s music last year when she released her collection of gothic folk songs called Unknown Rooms: A Collection of Acoustic Songs last year. It is a devastatingly atmospheric album that is also strikingly melancholic. Ever since, she’s kept me reeled in with fantastical visuals and a back catalogue of dark-edged guitar music. Next Wednesday, April 24th, Chelsea will make her debut in The Sugar Club. We had a brief chat about her music and identity…

Ireland will be the first stop on your European tour, tell us about your setup and plan for each evening…

What is it about playing for others that excites you? Do you enjoy the role of live performer?

Being a performer is something that’s taken a long time for me to accept. I’ve always written and recorded songs but when I started releasing records I realised I had to also present the songs live. At first it was a huge challenge – I didn’t think of myself as a performer or someone who could be in front of others. But the more I do it the more I get used to it and at times, even enjoy it. It’s important to me to bring a good live show on tour so I just have to get over my hermitic nature and do it.

Are you yourself on a stage or are you someone else?

How has the reaction to Unknown Rooms been to your previous work?

I don’t really know. I do know that over the years I got a lot of requests to put my acoustic songs that I’d play live onto a record so that’s what I finally did. I hope people enjoyed it. The acoustic U.S. tour I did went really well and I got to connect to a lot of nice folks.

How do you view that record yourself? Is it a once-off or something you’ll continue to do at a later date?

I’ll always experiment with genres and sounds and will never limit myself to doing something only once. I’m always writing different kinds of songs and I’m sure I’ll do another quiet album again.

Photography is a big part of your work. What does the medium bring to your music that you could not yourself?


Photography, film and sculpture are my favorite art forms so I play with them when I can. I tend to work with the same people over and over, but I also love working with someone new who has a great vision. 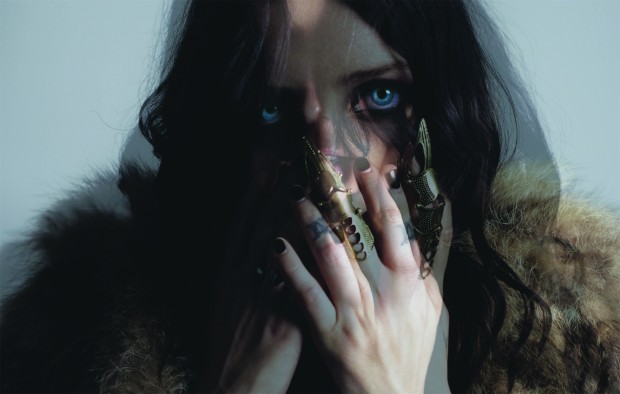 Your identity is easily associated with words like goth and black. What is it that draws you to that kind of darkness/persona?

Maybe my childhood obsession with Ingmar Bergman films? It’s just a natural aesthetic but I’m not a very goth or dark person. But the darkness and truth of the world is what’s always inspired me to write. Even as a child I understood reality and sadness in a certain way.

You’re working on a new record. What ideas are driving it and are there any artists, musical or otherwise that are inspiring it?

As usual, a lot of the stories are inspired by books I’ve read and the way their words sort of swim in my head like a movie. Thematically it’s about love, family, nature. There are a lot of electronic songs on the album that we’ve been working on over the years.

Other Voices London – 5 reasons to watch the TV special tonight