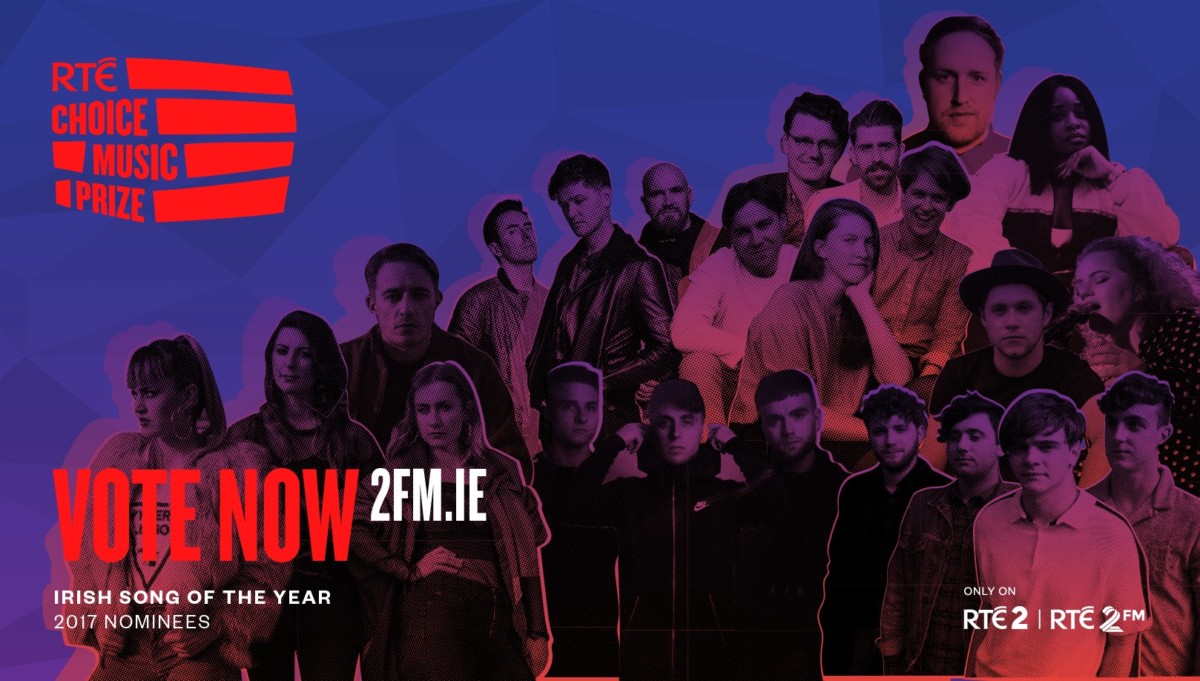 The Jacksons to play first ever Irish show at Beatyard

The RTÉ Choice Music Prize Song of the Year 2017 shortlist was announced on 2FM’s Tracy Clifford’s show today. It’s based on airplay with three songs chosen taken from most plays, three from the Choice Panel judges and four by 2FM itself. The result will be chosen by popular vote and announced at the live event in March.

The songs are largely what you’d expect from airplay and includes Nialler9’s Irish song of the year 2017 from Wyvern Lingo, Soulé, Dermot Kennedy and a bit of a wildcard with Tandem Felix.

Tandem Felix – Were You There (When they Crucified the Birthday Boy)? (Self Released)

Here are the top 10 Irish albums of the year in the Choice Prize, which is the main award to be revealed in Vicar Street in March.

The Jacksons to play first ever Irish show at Beatyard