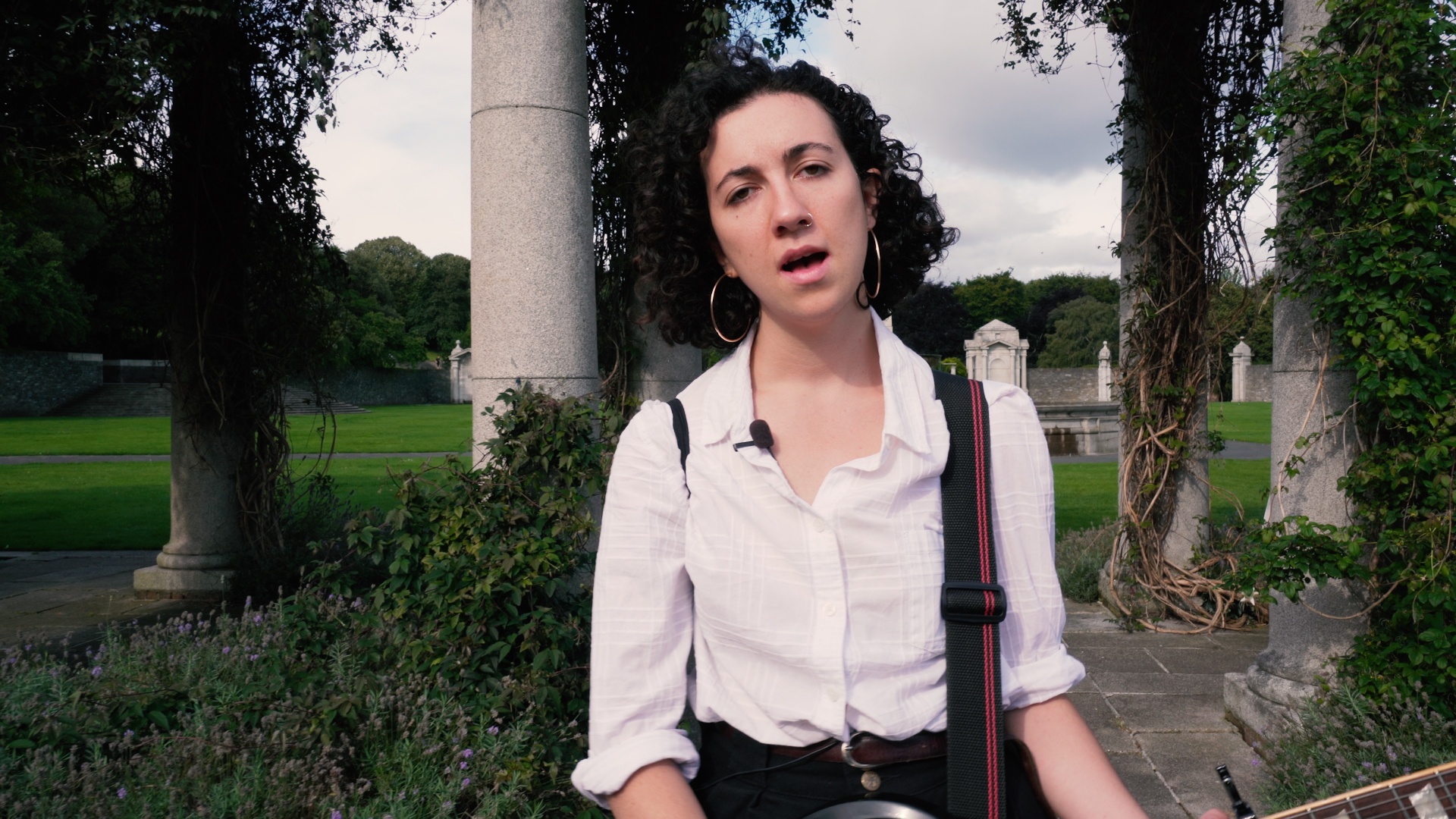 Chromatic are an Irish film collective who specialise in capturing once-off, boutique live performances from artists in unique settings around the country.

We’ve been premiering their videos for quite some time now, with the Squarehead episode appearing on the site over a year ago, and Wyvern Lingo the most recent.

Today, we’re delighted to be doing a first showing their video of Maija Sofia performing ‘The Gold Shoes’ in The National War Memorial Gardens, Dublin.

The track is featured on Sofia’s critically acclaimed debut LP Bath Time, which was nominated for the Choice Album Prize last year, and is getting a deluxe anniversary release on vinyl.

The performance and, in turn, video hints toward the unavoidable talking point of our time. While Sofia often performs solo, to see such an iconic Dublin landmark bereft of human occupancy feels a little alienating, a little disquieting.

At points throughout the video, particularly as Sofia learns “how to moon bathe” by “midnight”, it’s as if she haunts the park. Quietly walking through an empty space that should be fuller.

The National War Memorial Gardens is among the capital’s most iconic landmarks by any metric. Dedicated to the memory of the over 49,000 Irish soldiers who died during War World 1, the Gardens were first conceived in 1919 but took until 1931 for their current location to be finalised. It was 1940 before the first official event took place within the Gardens, commemorating Armistice Day that year.

The beautiful gardens and layout were designed by Edward Lutyens. Some notable features of the grounds, for those not in the know, include the stone of remembrance, circular rose gardens. Perhaps most famously are the four temple-esque Bookrooms, which represent the four provinces of Ireland, they contain the names of the dead.

You can listen to/purchase Bath Time below.