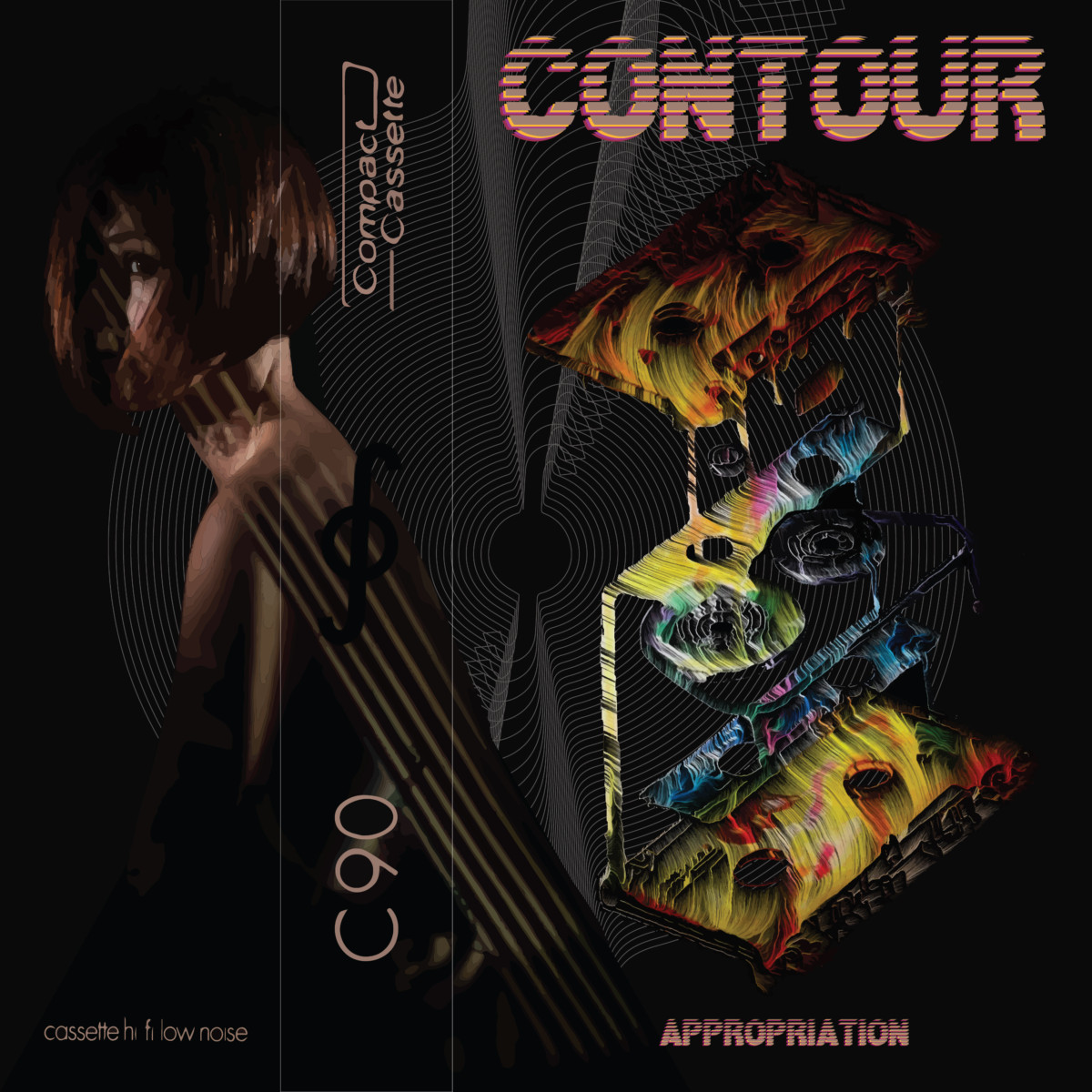 Having been around a few years now as an active project, Conan Wynne and Anna Doran’s joint music project Contour is now releasing a full-length.

The pair’s musical dynamics are typically textured electronic music released over EPs and once-off tracks, with Wynne’s varied production drawing influence from disparate genres from jazz, funk, drum and bass while Doran’s vocals tie it all together with a soulful lilt.

For Appropriation, the duo’s first full-length, the album arrives in mixed form and 21 individual tracks and has a producer magpie ear for samples combined with live players and vocalists.

The album began with a deep dive into Mick T-Woc’s record collection, which has contributed samples to his own album recently. Samples from Venezuelan  funk  records to and onto Brazilian music, Afrobeat, Cuban priests, field recordings and Icelandic music made its way into the fittingly-titled album.

Wynne on the sample process:

“I had my live hardware rig in the house too so the sample would go from the mixer through the modular synth and into a chaos pad for looping so the samples were processed and set to tempo before they even hit the computer so it was really easy to sketch beats around the bits of loops.

The whole Album kind of folded out in a linear way, as in the first things i sampled are on the first track and they are played on the album in the order they were sampled in and then everyone improvised over that and I edited everything to fit together and make the whole thing flow as a continuous piece.

We are big fans of concept albums that have something unusual to them like the Small Faces – Ogdens Celebrated Tobacco Flake – that has a narrator between the tracks fleshing out the story that is being told in the tracks. Or King Crimson’s – In the Court of the Crimson King was a huge Influence on me with it’s meandering tracks and the story and artwork behind it. This kind of attitude to a musical piece being all one entity along with a kind of sampling mentality like DJ Shadow or Amon Tobin who really write stories with their sound design, we wanted that element in this piece, and pulling from all these sources is where we got the title Appropriation

Then in the studio I got all my old analogue synths and drum machines and went to town layering sounds over the whole lot of sound content I had gathered.

So this album was more like getting a load of amazing musicians to do their thing and I would cherry pick the best bits and add them to the big monster mix I was making in ableton, 20 tracks in one set, which i would not recommend doing for various reasons but for this project it seemed to work!

Anna was pregnant during the making of this album and would pop in whenever she could to work on it, fair play to her she put the work in like a trooper still buzzing into the studio even when it was hard for her to walk she is pretty amazing!”