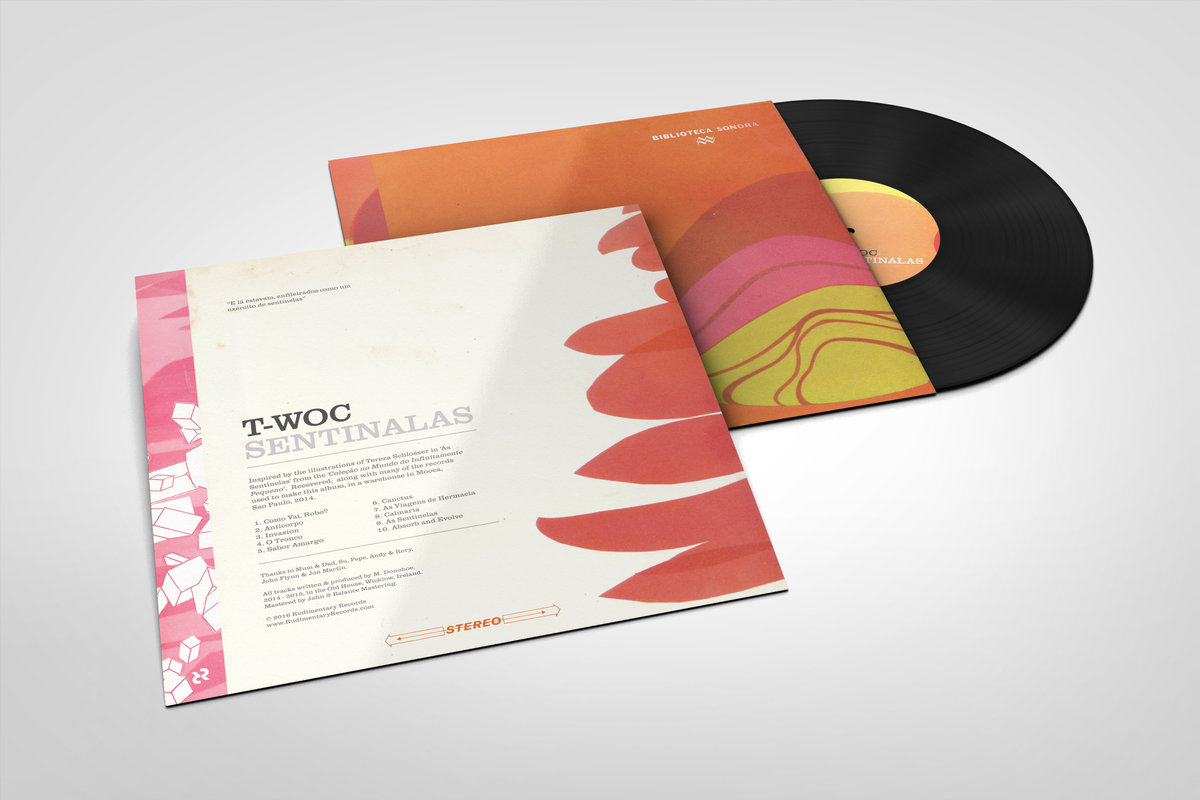 The album was conceived when Donohoe, who is a lover of dub and Latin sounds, went to Brazil in 2014, where he bought a load of records in a Sao Paulo warehouse called the Feira de Uma Milhao LPs (the Million LP Fair). Five days spent trawling through 7″s also threw up a comic which he brought home.

While listening to the records, Donohoe imagined this comic as the tale of “a little girl, Hermacia, on a space adventure where she encountered robots and aliens.” The comics came with a slot for a record, which was missing, so T-Woc began to imagine the accompanying music for the comics.

Samples from the record haul made their way onto Sentinelas, which mixes hip-hop, dub and electronic music and uses synthesizers, FX and samples to do so. Here’s a sampler from the album:

Buy the album on Bandcamp in various formats.