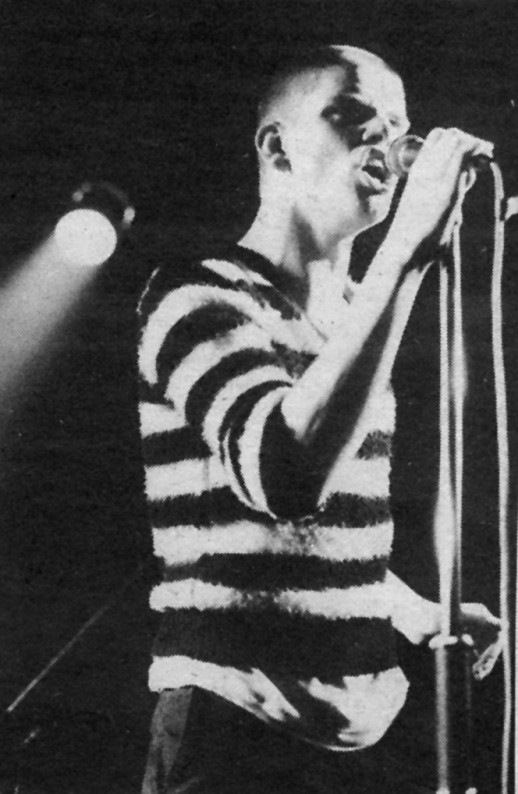 The original wave of Irish post-punk is rightly being remembered well in recent times, with its legacy on DIY and independent music writ large in recent events, like the full reprinting of Dublin ‘zine VOX, or the “last-ever last-ever” Microdisney gigs at Dublin’s Vicar Street and Cork’s Cyprus Avenue in the early part of this year.

But history, as we all know, happens in bursts, and among the significant events and academic deconstructions of post-punk’s legacy in Ireland this year is the thirtieth anniversary of the passing of Five Go Down to the Sea?/Nun Attax vocalist Finbarr Donnelly, an imposing figure whose presence, rough-hewn charisma and creativity are still resonating with the dedicated all these years later.

Though historic documentation of Donnelly’s onstage antics and idiosyncrasies abounds, including in an excellent documentary by Irish music historian Paul McDermott, perhaps no better evidence exists of the Cork outfit and its various incarnations than their appearance on the historic ‘Kaught at the Kampus’ split E.P., the maiden release of budding indie label Reekus Records (before they helped break other little-known garage bands, like The Frames, The Blades and Aslan).

Such was their presence on the Cork scene at the time, that the band ended up monopolising the compilation’s A-side. While physical copies of the band’s discography are especially scarce in the current day, it’s this release that came to define the post-punk scene that congealed around the Arcadia Ballroom venue (‘the Arc’), and remains hugely collectible to this day, with subsequent CD and digital reissues doing little to hedge the asking price for the original on Discogs.

To mark the occasion, surviving/Cork-resident members of Donnelly’s various bands and their contemporaries are coming together on June 18th at Cyprus Avenue, for the latest in a series of periodic gigs revisiting the band’s material, ongoing since the original reunion at the then-Pavilion venue in 2009.

Top-billing is …And Nun Came Back, a portmanteau band featuring members of Five Go Down to the Sea?/Nun Attax and Mean Features, playing tracks from the band’s short but distinguishably jagged (as opposed to ‘angular’) body of work for the occasion that’s in it.

Meanwhile, Ricky Dineen (FGTDS?) and Liam Heffernan (Mean Features) will also be debuting their new project, Big Boy Foolish, marking a public return to creativity and songwriting for the pair after new tracks were written and demo’d a number of years ago.

A reissue campaign for the band’s body of work has also long been mooted in Corkonian circles, including a short-lived upload to digital services of a collection of tracks by its previous rightsholders, that was quickly withdrawn at the surviving members’ request, pending a long-rumoured remaster.

Paul McDermott’s complete documentary on Donnelly and his bands is streaming above.

Tickets for the anniversary gig, €10, are on sale now via Eventbrite, and Cyprus Avenue’s box office at the Old Oak bar.

Thanks to Joe Kelly, Paul McDermott and Ciarán O’Tuama (usedtobe.ie) for their assistance with this article.