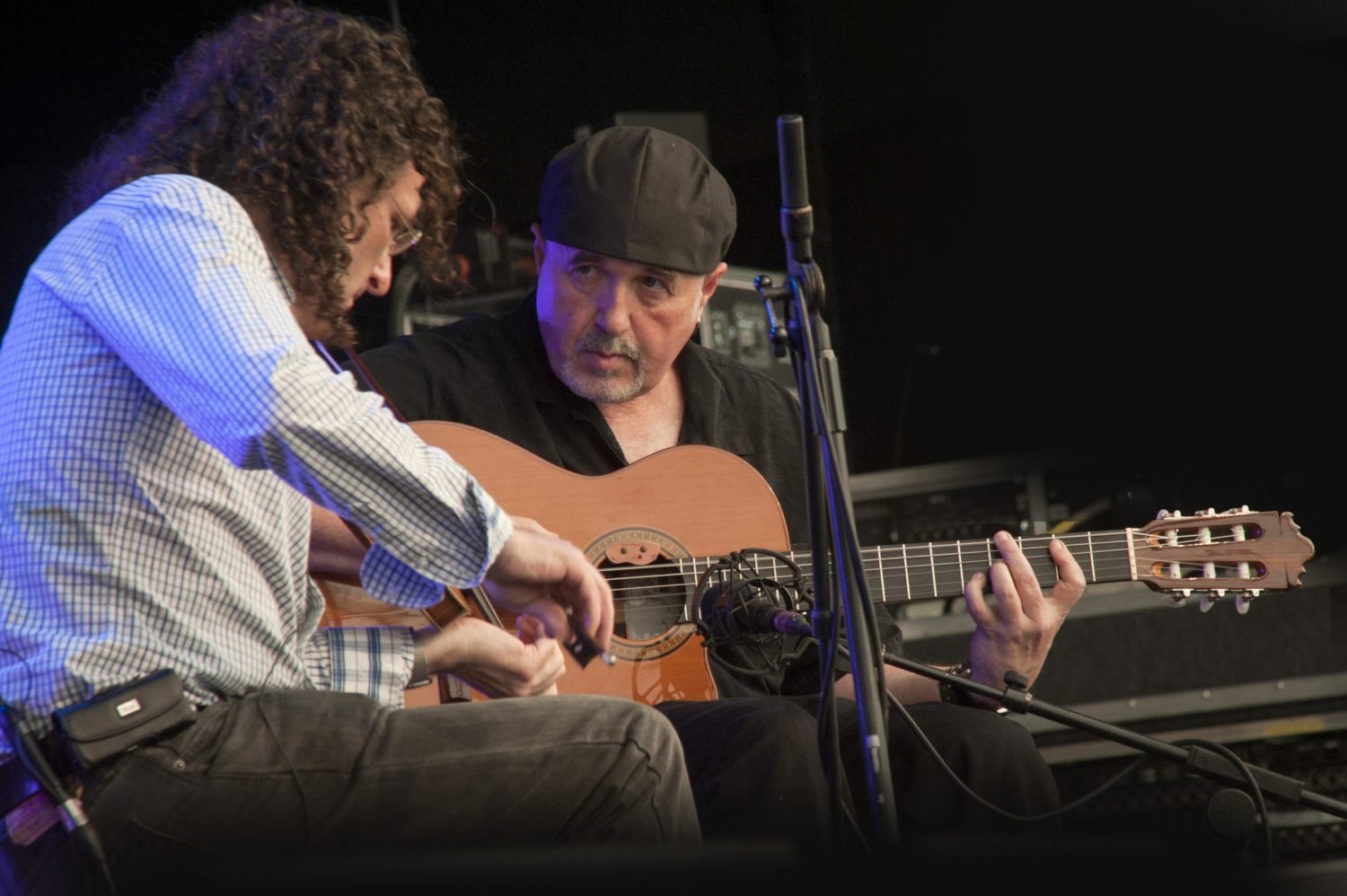 Sad and unexpected news in the Irish music world today the legendary trad guitarist and musician Dennis Cahill has passed away at the age of 68.

Cahill struck up a long musical partnership with the fiddler Martin Hayes and they played as a duo and then most recently, centrally to the renowned trad supergroup The Gloaming.

Our dearest Dennis passed away peacefully on Monday evening, with his beloved Mary by his side as she has throughout his journey. Just moments before — we were comforting Dennis while The Lament for Limerick from Dennis’ album with Martin was on in the background — and as the track advanced to My Love is in America, Mary turned off the player, leaned over to hug and kiss Dennis one last time – and then he was gone…

Too heartbroken to write any more…

Dennis Cahill was born June 16 (Bloomsday – the day made famous by James Joyce’s “Ulysses”) in 1954 in Chicago, Illinois to immigrant parents from County Kerry, Ireland. Displaying a keen interest in music from childhood, he started studying guitar at nine years of age. He subsequently studied the instrument at the highly regarded Chicago Music College, training under Howard Levy, Manuel Lopez Ramos, Steve Klein and Robert Becker. Throughout the 1980s and ’90s, Cahill developed into one of the most respected and innovative guitar players in the world of traditional Irish music. Not just content with accompanying tunes, he has developed a unique approach to playing traditional and neo-traditional Irish music, incorporating the ornaments and subtleties used by the various instruments utilized within the Irish music genre. He has performed and recorded with many acclaimed Irish traditional music practitioners (including Kevin Burke, Liz Carroll, Seamus Egan, P.J. Hayes, Eileen Ivers, Arty McGlynn, Iarla Ó Lionáird, Liam O’Flynn, and Jimmy Keane), and has appeared in concert halls and festivals throughout the USA, Europe, China, and Australia.

Dennis met traditional fiddle player Martin Hayes in Chicago in the 1980s. Hayes, although not yet the superstar of Irish music he is today, was a prodigy from County Clare who grew up learning from his famous fiddler father, and had won six All-Ireland championships by the time he was 19. He landed in Chicago where he met up with Dennis, by then a respected member of the local music scene. The two formed the jazz/rock/fusion band Midnight Court which allowed them to experiment with a variety of new music styles. In the early ’90s Dennis and Martin again teamed up, this time forming one of Irish music’s most acclaimed duos of all time. Their concerts have become legendary. Beginning with the lyrical music of East Clare, they play long, sometimes thirty-minute multi-tune sets, starting from the simplest of melodies, building in intensity, but never abandoning musicality and ideas. Their touring schedule has taken them to Australia, Japan, Europe, the U.K., Ireland, the US, Canada, Hong Kong, Beijing, Shanghai, Poland, India, and Mexico City.

They have three recordings together. In 1997 they released their first duo album, “The Lonesome Touch”, followed by “Live in Seattle” in 1999, a concert recording hailed for it’s vitality and innovation, and the telepathic chemistry between the two musicians. After a ten-year hiatus they released the studio album “Welcome Here Again.” All are available on the Green Linnet label through Compass Records.

Dennis and Martin have collaborated or played with such artists as Sting, jazz guitarist Bill Frisell, Grammy-winning bluegrass and country star Ricky Skaggs, newgrass artists Darol Anger and Mike Marshall, and the Irish Chamber Orchestra.  They’ve appeared in Australia, Japan, Italy, Germany, France, Holland, Scandinavia, Canada, the U.K., and Ireland as well as stops in Hong Kong, the People’s Republic of China, Poland, and Mexico. In 2011 they were the featured performers at the White House for President and Mrs. Obama, the Vice-President, and the President of Ireland.  With The Gloaming, they performed in Brussels in 2013 to celebrate Ireland’s Presidency of the European Union, and in 2014 at London’s Royal Albert Hall for the historic first state visit by the Irish President.