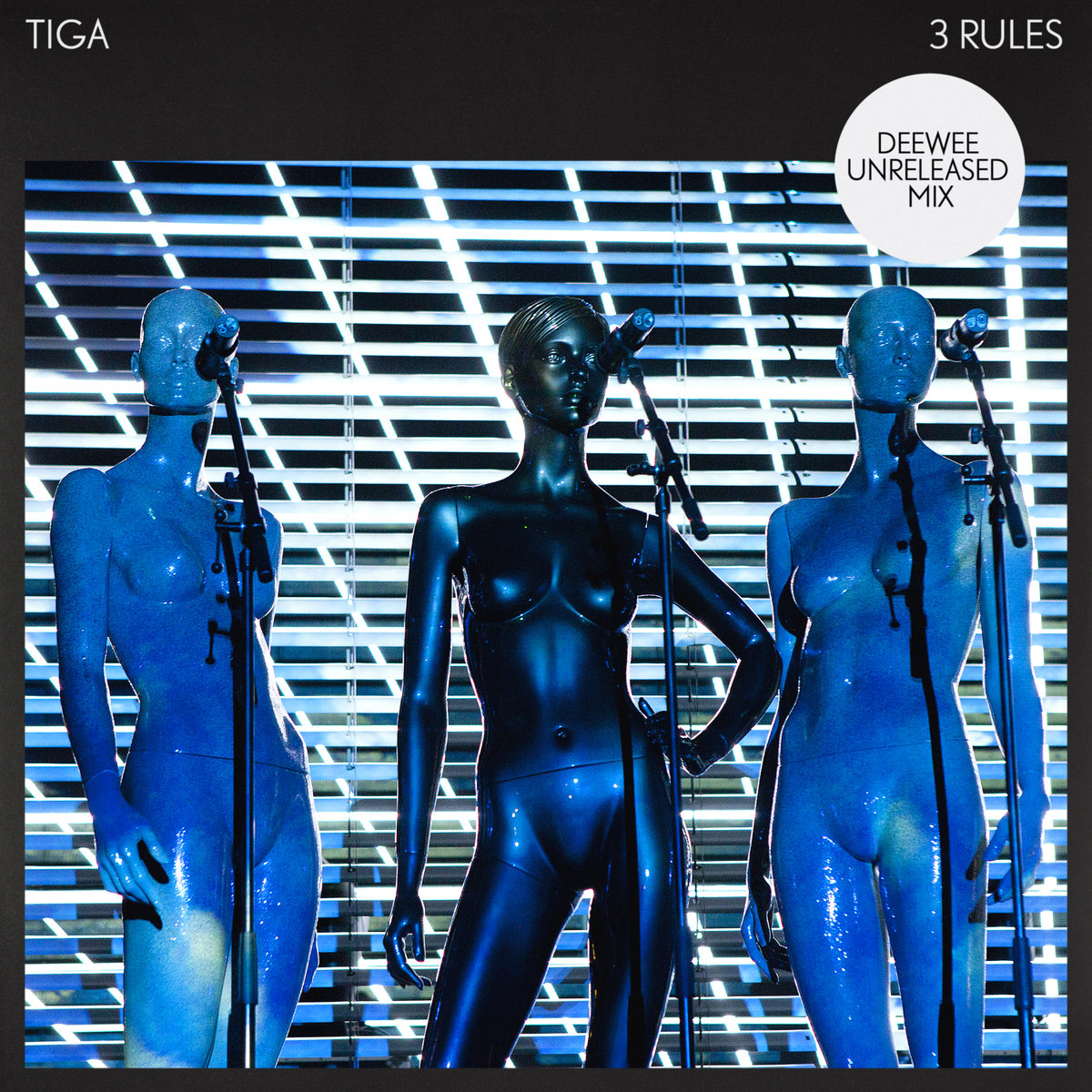 Tiga’s ‘3 Rules’ is a snarky club jam from the Canadian’s recent album No Fantasy Required. I play it out a lot and it can mess with people in a nice way through the lyrics (“never dance with your hands up”) and the silent stop.

After the announcement yesterday of new music from Soulwax, the good news keeps on coming with 2ManyDJs and Tiga released this collaborative stripped-down remix of the track under their DeeWee label name.

“We just kept strippin’ it down until it was reduced to a pure energetic essence that only I could hear,” says Tiga. “I eventually agreed to add ‘music’ back into the mix so everyone could enjoy it as much as I did. And that to me is what music is all about: giving people something they can hear.”

The mix sat on a hard drive for months until one fateful night during the closing set of Tiga’s recent residency at XOYO:

“The track just seemed to call out to me. It said, ‘Hey man, try giving me a spin’, then ‘What do you have to lose?’, then ‘It’ll make a great story for the press release’, and finally ‘I am now lodged inside your head and I will not leave until you give me the kind of spin I rightly deserve.’ I don’t usually negotiate with terrorists, but I went for it and the crowd went full-on ape-nuts. Did the track then wink at me and disappear from the hard drive forever? That’s between me and the track and the hard drive, I’m afraid.”