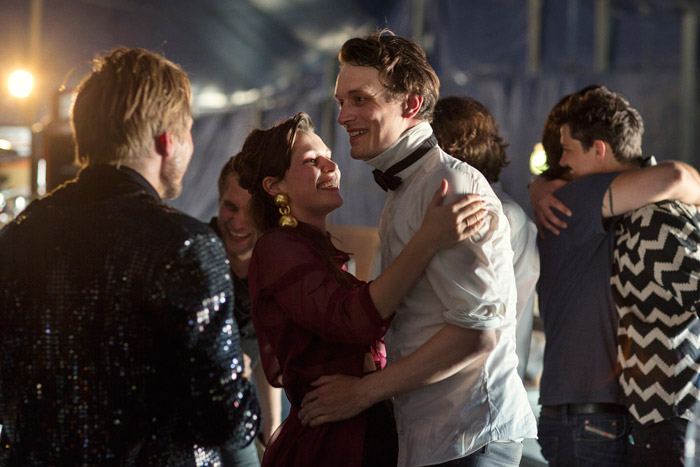 Two bands of interest to Nialler9 readers have announced that they are to break up this week:

Firstly, Danish group Efterklang have become an Irish favourite over four albums of music which moved from atmospheric indie to orchestral pop and everything in between. Today, they announced that they will play their last concert as Efterklang’;s current carnation in Sønderborg, Denmark where they grew up, though their statement has some ambiguity to it.

It will be the last concert with Efterklang as you and we know it. We are not sure what happens after this concert. It is time to reflect and time to move forward. We want to fundamentally change what it means to be Efterklang and how we operate, create and perform.

On the night, they will be joined by local symphony Sønderjyllands Symfoniorkester, conductor Hans Ek, the local girls choir and “a long list of special guests including Thomas Husmer and Rune Mølgaard from the original five-piece line-up”. Tickets are available here.

Update: Efterklang are not quitting exactly but are moving into a new phase, or something:

We are not splitting up.

We are saying goodbye to Efterklang in its current form and to the idea of what Efterklang is.

Closer to home, The Gorgeous Colours announced that difficult second album syndrome has swallowed them up and they have decided to quit. Their 2011 EP The Creatures Down Below was a highlight but the band found making a full-length followup too problematic. Their statement reads as follows:

We’ve had a great time making music together over the past number of years – for some of us it’s been almost a decade – but the time has come for us to move on. We’re all still good friends, but it’s become increasingly hard to find the focus and collective energy to make this band what we want it to be.

The old “difficult second album” proved to be a bit too difficult for us, and we haven’t been able to complete it to our satisfaction. We have a few unreleased songs in the bank though, and we’ll share them with you in due course.

We’d like to say a huge thanks to all our fans, and to the friends and families who have helped us so much along the way. We’d also like to thank the many venues, promoters, radio shows, journalists and bloggers who have been good to us and who continue to support Irish music.

We’ll be playing a farewell show in the Grand Social in Dublin on January 31st and we’d love to see some of you there to say a proper goodbye.