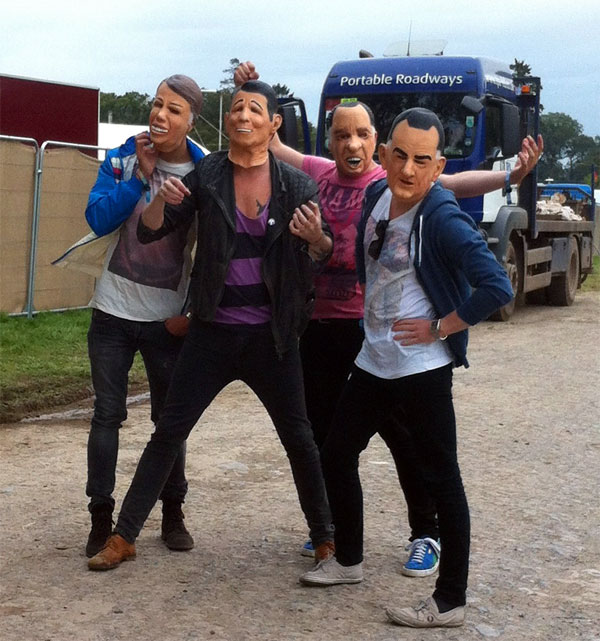 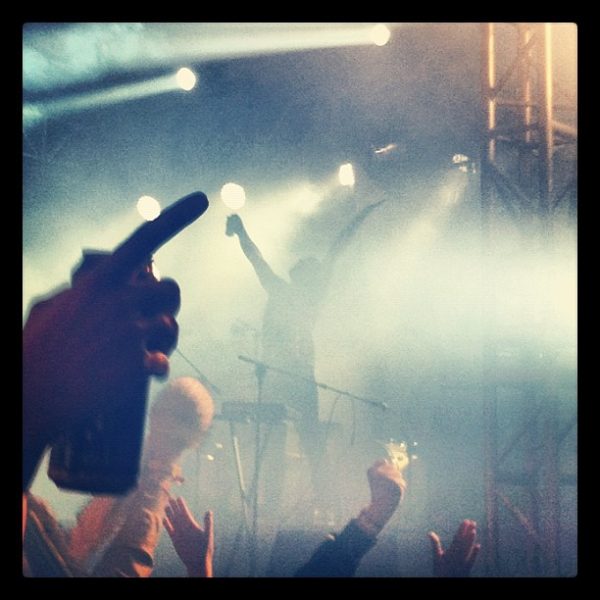 Another one down. Electric Picnic’s ninth year passed over the weekend and with that grand number came a feeling of a festival moving on, in terms of audience, lineup, and setup. While the Stradbally festival is not an institution it is beginning to get to the point where it feels there’s a generational changing of the guard afoot. Anecdotal and actual evidence from friends and acquaintances before, after and during the festival suggested that generally speaking, those hardy Picnic goers who have gone in previous years were less interested in attending, as whole groups of friends opted out in favour of their bank account, another festival, a trip abroad or a quiet weekend. The lineup overall also suggested a generational change too. A few acts like Ed Sheeran, The Killers, The Vaccines, and Dakota 66 would be better suited to Oxegen but obviously with no edition of that festival this year they ended up at EP, there was still plenty of variety overall.

There was also a sense beforehand also that the festival needed to make some changes to justify the €230 ticket price and there were enough modifications to keep things interesting – the addition of the Trailer Park stage, more non-music programming, the Algorythm stage in the forest, the new stages in the Body & Soul area. Personally, I’d love the main site layout to be changed around a bit as I’m pretty confident after eight years I could find each of them with my eyes closed but hey, maybe that’s a small thing on my part.

This year’s Electric Picnic was my ninth festival of the year and I couldn’t make it down on the Friday meaning I missed three acts in particular I really wanted to see – The xx, Grizzly Bear and DENA. Over the next day or so, you’ll see the results of what else kept me from seeing the likes of SBTRKT, Young Wonder, Tieranniesaur, Lianne La Havas and more as Mark Duggan’s portraits will be published on the site. Here’s the top five of what I really did enjoy over two days of sporadic set. Heavy on the electronic:

Oh my. Oh my bones. Hud Mo is a festival veteran at this stage but his set on Saturday evening was a masterclass. Serving as a sort of a greatest recent hits, we got tunes from his recent EP Satin Panthers including the almighty ‘Thunder Bay’, a few from the TNGHT EP, ‘Big Pimpin’, Danny Brown, his Lambo Furnace ‘Mercy’ remix and the song that became my song of the weekend, Baauer’s ‘Harlem Shake’. Rustie couldn’t match his fellow Glaswegian in captivating the audience stakes immediately after.

Is there a better triumph of a finish than the Jurassic Park theme tune? How about when it’s paired with the finale of a cover of N-trance’s ‘Set U Free’ featuring May Kay from Fight Like Apes. That ending topped off a wonderful set from Le Galaxie, where the four-piece showed once again why they are the best live dance act in Ireland right now. The new songs from the Fade 2 Forever EP stand above even last year’s Laser Disc Nights II tracks, in terms of emotion, texture and danceability and the audience were more than familiar with all their material, helping the 2am slot feel like a late-night celebration of a band who are only getting better.

Having seen TEED at EXIT, I knew his Sunday afternoon set was to be a highlight and it came to pass. Orlando Higginbottom brought his stegosaurus outfit, an array of electronics, singer Louisa, his two awesome dancers and his bag of banging dance tunes. While I’ve not yet warmed to his debut LP as much as I thought I would, his highly energetic set is a favourite, assured and carefully constructed with Higginbottom singing strong hooks over the top. Big highlights: ‘Stronger’, ‘Your Love’ and ‘Tapes and Money’. The only things missing were the confetti cannons. 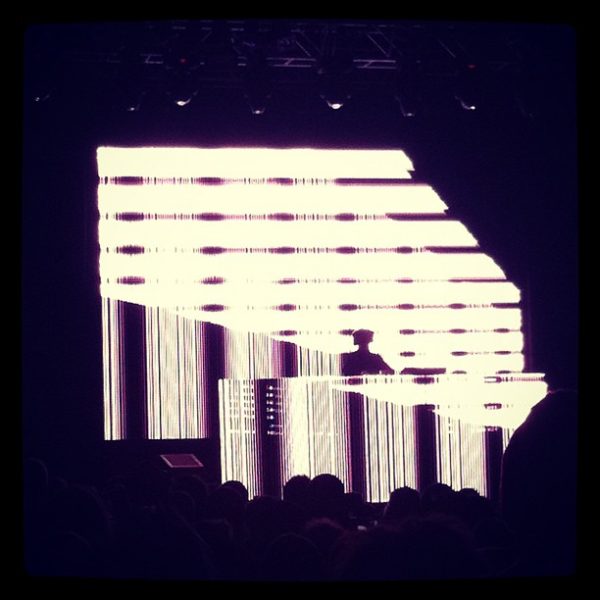 For sheer sonic and visual assault, Tom Jenkinson’s Ufabulum live show is worth the experience. While Ufabulum isn’t my favourite Squarepusher album by any means and I’m not as enamoured with that style of music as much I was, it was my first Squarepusher live experience and it was a treat. I would have loved one oldie from Selection Sixteen, Hard Normal Daddy or Go Plastic but the show is a Ufabulum show with the album played in sequence (and a solo improv bass performance at the end). The show is an uncomprising, artistic vision with Daft-Punk esque light headgear and hypnotic jagged LED visuals.I hope some Killers fans wandered in and got the bejaysus scared out of them.

A back to back DJ set from two of the most interesting dudes in the field of electronica. On the one hand we have Four Tet who has just released his deepest collection of tunes yet in Pink against Dan Snaith whose Daphni project explores the dance elements of the Caribou sound. They played for a whole two hours and I caught the last 45 minutes which included ‘Ye Ye’, a song that sounded suspiciously like Four Tet and Burial’s ‘Moths’ collaboration (a new one) and an unknown track which Four Tet played which I can only remember as a wonky, cranium-pushing “what-is-that-song-it’s-amazing-i-need-to-know-now” kinda thing, which is what a great DJ set should do.

Disappointments: Missing loads due to other commitments. John Talabot not playing live again for the third time, The Roots doing covers including Sweet Child Of Mine. Not getting to explore the non-music stuff as much as every other year.

Look out for the Electric Picnic portraits gallery this week. 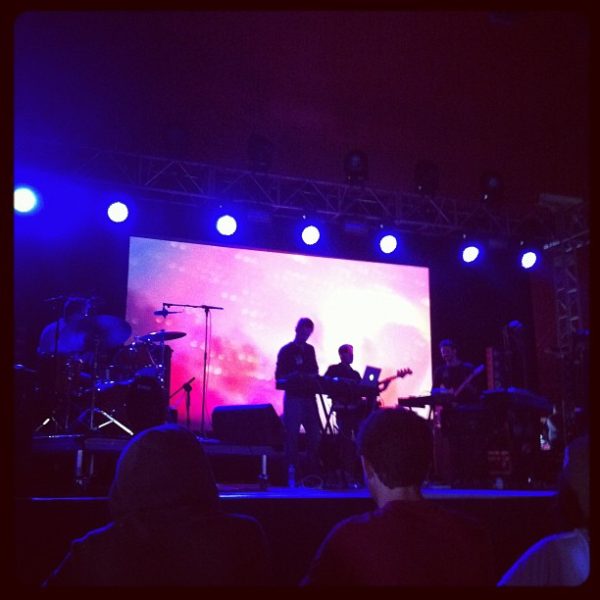