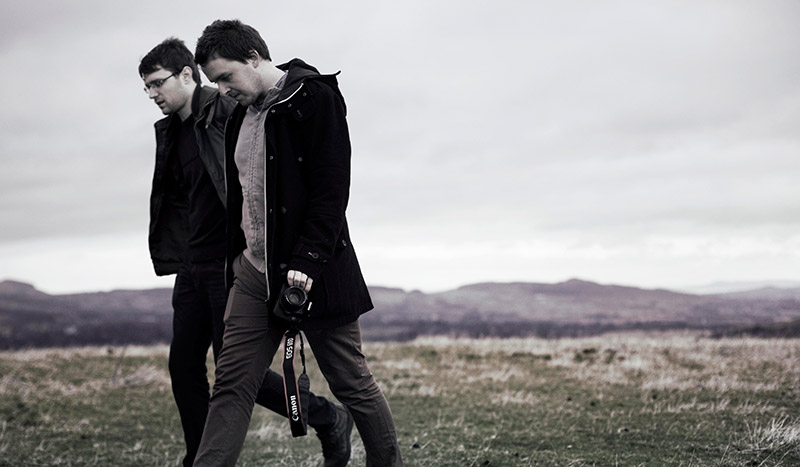 Over the last two years we’ve been making many music videos, all the while constantly pushing ourselves to improve and expand our skill-set while experimenting with both abstract and narrative forms. We’ve had great success working with many amazing artists and music labels. But this year I found out just how powerful music videos can be.

During the summer I discovered Hozier, an incredible small artist from Wicklow with 400 likes on his Facebook page. I posted about him on Twitter and within minutes got an email from his label Rubyworks asking to do a video. We worked through ideas with Andrew (Hozier) and came up with the concept. The budget was small but we knew the track and the idea we had was very powerful. Using three incredible actors and an amazing team we rented a camera and shot this guerilla-style in Cork in three days in a number of locations. We edited it in two days and it was online with 50,000 hits a day later. Two months later it has over a million hits, Hozier has signed with Island and Columbia and is selling out every venue he plays.

That video has also been a huge success for us, we now have director representation and are pitching on bigger videos and are pushing forward to do adverts and films. It has really opened up so many doors. All of this came from one really strong idea, an amazing song and a well-executed video.

It’s a perfect example of how much on an impact a strong music video can have. Budgets are obviously helpful but are absolutely nothing without a strong idea. Obviously not all videos will go viral but it’s important for your video to properly represent your sound and your brand.

Below are 10 of my favourite videos of the year. They are an eclectic mixture of videos showcasing a range of different styles, budgets, narratives and scale. I believe they showcase the endless possibilities there are with music video.

SOHN is one of the success stories of the year. I love the simplicity of this video and how it captures his style and music perfectly. If you look through his artwork the video ties in so nicely with it all. It is so important to have a visual style running through everything that you do.

A stunning beautiful and simple concept executed with incredible skill. The grade on this is special.

Undoubtedly one of the most intense videos I’ve ever seen. It’s such a clever concept which matches the pace and the intensity of the track perfectly. The performance by the dancer is incredible and choreography and cuts are perfect. I love the colour change when it cuts from that indoor red to the wintery contrasting colours of outdoors.

Since the Hozier video we have been asked to pitch on bigger videos for more pop based stuff. I’ve never done anything like this before and I see it as a great challenge to us. I’ve watched many pop videos in the last few months and this video really stands out, such a simple but powerful concept done so so well.

David Altobelli is one of my favourite directors. It was refreshing to hear that he wanted to change up his style and push himself with this video. To hear people like David say they want to push themselves to learn new styles is quite inspirational. Him wanting to co-direct with Tyler so to learn more is also so admirable. It’s an incredible and rewarding attitude to have. With this video his style is more gritty, and the narrative is so interesting and different. A crazy concept pulled off so well. Props also go to Tyler also.

This video manages to capture Tycho’s artwork perfectly.
Similar in that sense to the SOHN video, it stresses the importance of keeping your bands visual style running through everything you do.

I tried not pick the same videos as Nialler but these just had to go in. They are a work of art, a painting in a video and a genius example of how effective something so simple can be. Videos and concepts like this can be very difficult to come up with but when done right they can be really special. It also shows that not every video has to be a big production, it can be something so simple and yet very intriguing. They also are an amazing example of creating a strong visual identity.

This is one of the most visually stunning and unique videos of the year. Sam managed to wrap such a beautiful metaphor and story into such a breathtaking visual. Stunning work.

This video is one of my favourite videos of the year. Mmoth’s music is so driven my creating that ethereally spacious dusky atmosphere and this video captures that vibe so exquisitely well. I can get lost in this video. It shows how beautiful things can be done on a low budget and again captures Mmoths vibe perfectly.

My favourite video of the year. Undoubtedly the biggest budget of the list, the camera they used was the same camera used to shoot The Dark Knight. But massive budgets aside this video is an incredibly well-told narrative video. So beautifully shot and directed. I also love the use of sound at the start of the video, it adds an extra cinematic level to the piece. Something that I notice in a few directors, all of which I can tell are itching to expand into short/feature films soon. Narrative videos like this which tell a powerful story in a challenging way, to me are the most special kind of music video. It’s filmmaking in it’s most pure form. And it’s something that I want to push myself further at in the future.