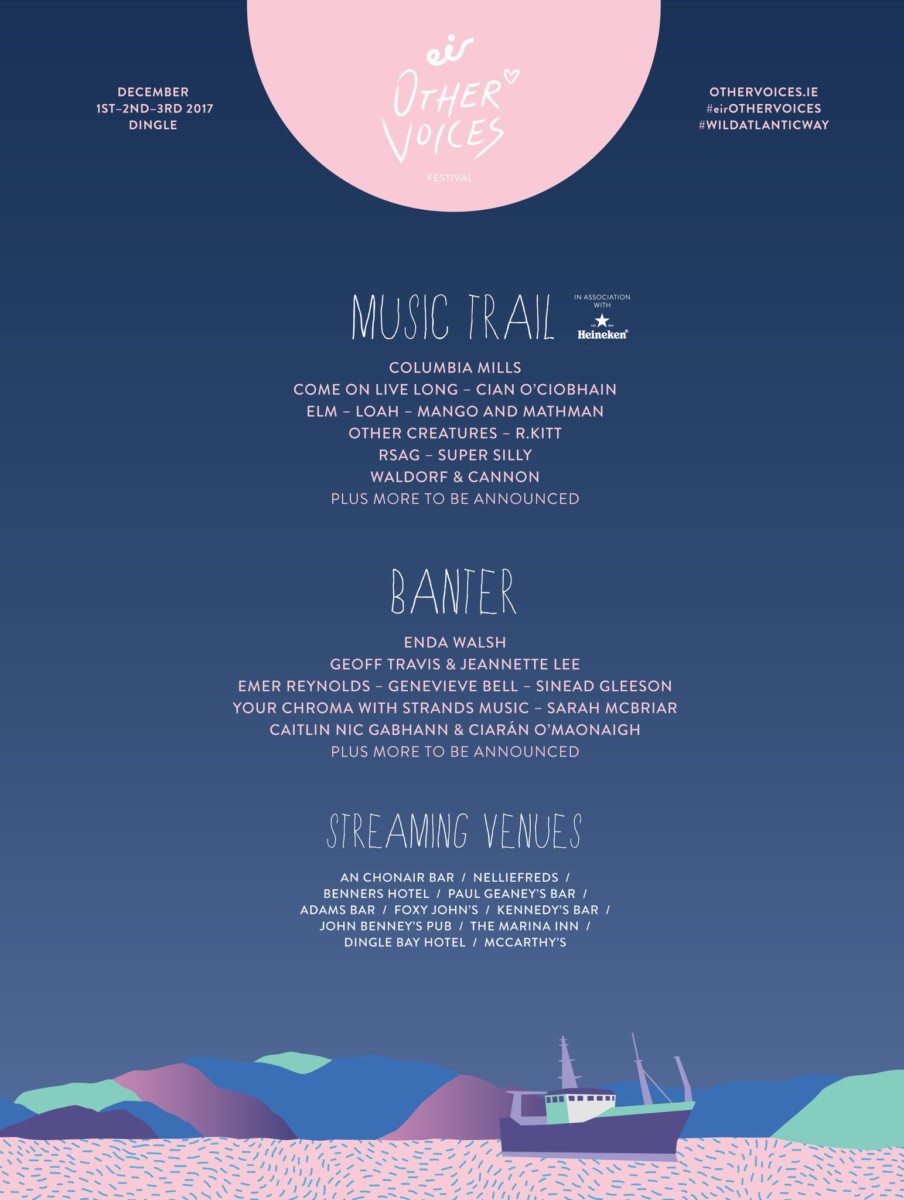 The first bands to play the eir Other Voices Festival in association with Heineken in Dingle from Friday 1st to Sunday 3rd December have been revealed.

Adding to the magic in Dingle will be:

More music Trail acts will be announced in the coming weeks. There will be 70 free events as part of the festival (head to www.othervoices.ie and register for Festival wristbands).

Venues will be hosting the eir live-stream from the main filmed gigs from St. James’ Church.

The Dingle Cookery School are organising food stalls in the town also for the weekend.