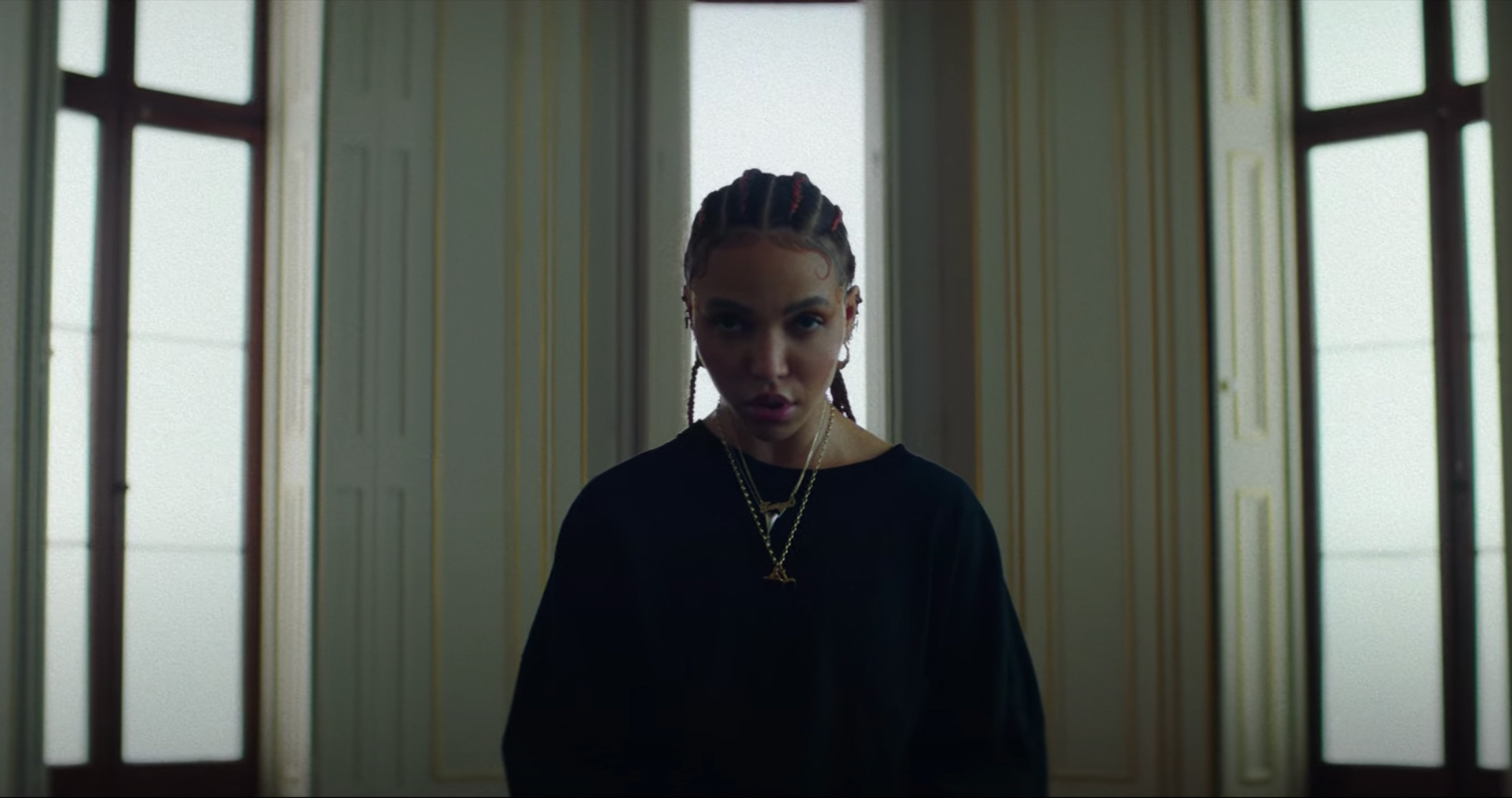 
FKA twigs has been through a lot in the last few years. After dealing with crippling pain caused by fibroid tumours on her uterus, a successful surgery left the performer and dancer with a road to recovery that meant building back up her strength.

Last month, the New York Times revealed that twigs was suing actor Shia La Beouf for his actions in an abusive relationship in 2018 and 2019. The “sexual battery, assault and infliction of emotional distress” detailed in the article, is harrowing and suggests how prominent abusers can be enabled or shielded from the consequences of their actions.

This week, FKA twigs revealed she had made a new album in quarantine, a followup to Magdalene recorded in collaboration with Rosalia producer El Guincho over Facetime. She also revealed it would be lighter in tone, a natural result of coming out of experienced darkness.

Today, we hear the first song of that activity in ‘Don’t Judge Me’ with collaborators rapper Headie One and singer Fred Again.

While twigs asks for understanding in her vocals, for most of the song she cedes to Headie One’s raps, which see him wondering how the beefs his crew OFB started, tying it to Colonial America speech about pitting black people against each other and draws a connection between Mark Duggan, who was shot by police in North London to George Floyd with the line “Officer, am I allowed to breathe here?”.

The song is a fully-fledge version of the pair’s previous collaboration on Headie One’s album, entitled ‘Judge Me (Interlude)’.