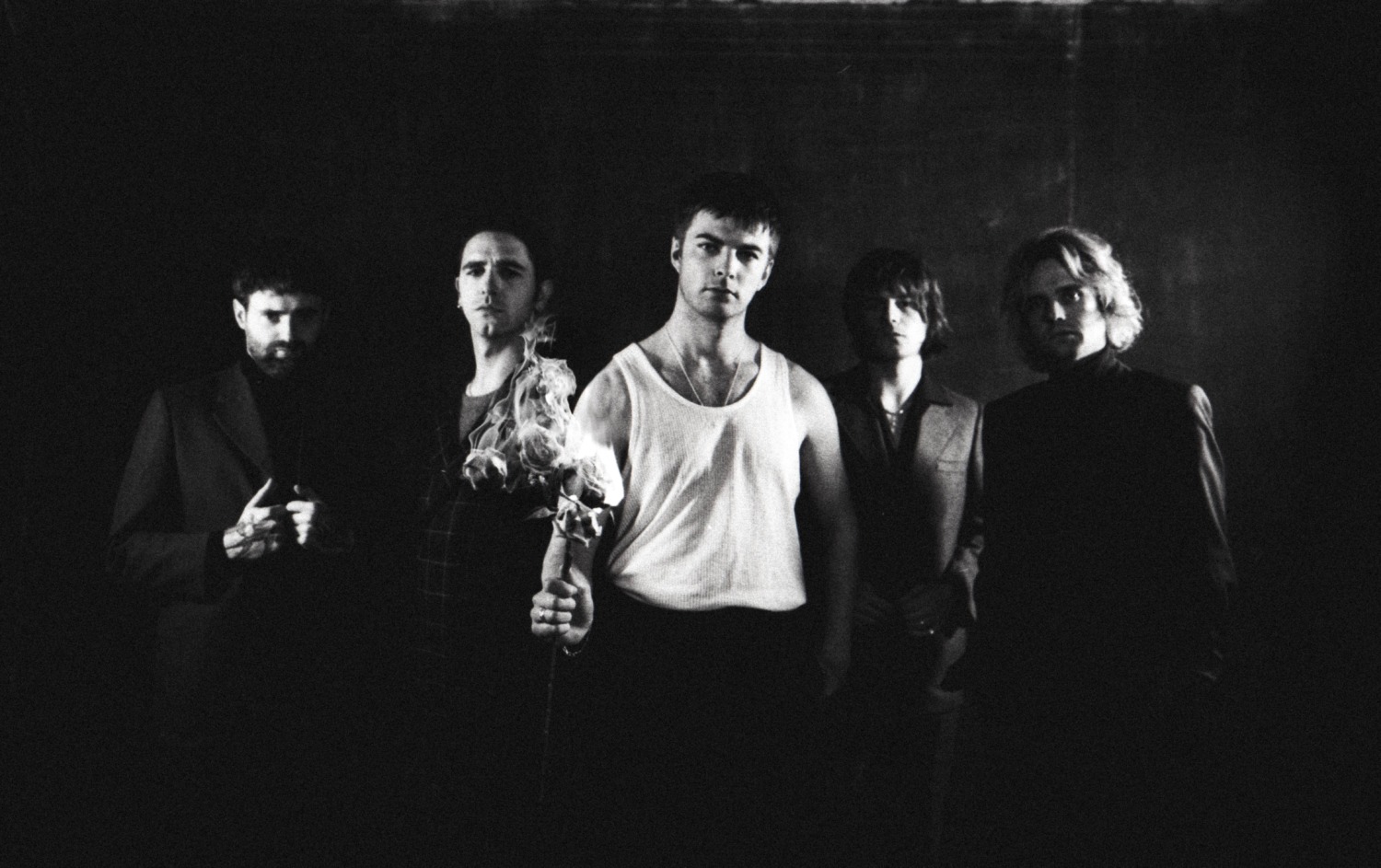 
Update: Fontaines D.C. have added a third headline show at Vicar Street to their Irish tour on Friday, 2nd December after both other Dublin shows sell out.

Fontaines D.C. have released the title track from their forthcoming Skinty Fia album, due on April 22nd on Partisan and announced three Irish dates for November and December this year. The dates are:

Tickets are on sale Wednesday 30 March with presale available from Monday March 28th.

The title track from Skinty Fia is the most murkiest we’ve heard from the Fontaines since their inception, it’s a dirgey metallic track with industrial textures and Grian Chatten’s lowest vocal register yet for much of the song.

Watch the video by Hugh Mulhern.

Skinty Fia is an Irish phrase which translates to English as “the damnation of the deer” and the album’s cover art features a deer, plucked from its natural habitat and deposited in the hallway of a home, illuminated by an artificial red glow. The phrase, which is used to display disappointment or annoyance, resonated with frontman Grian Chatten as the correct expression of his feelings towards the “mutation” of Irish culture abroad. The song explores the idea through the lens of a relationship doomed by paranoia, alcohol and drugs. The accompanying music video, directed by Hugh Mulhern, captures the tension in the song, as Grian manoeuvres his way through a bustling party crowd, seemingly unnoticed, in what turns out to be a disorientating, surrealist dreamscape. ‘Skinty Fia’ operates as the album’s anchor, setting the tone for the rest of the record, as the band explores new musical terrain while lyrically they grapple with a need to broaden their horizons following a recent relocation to London.