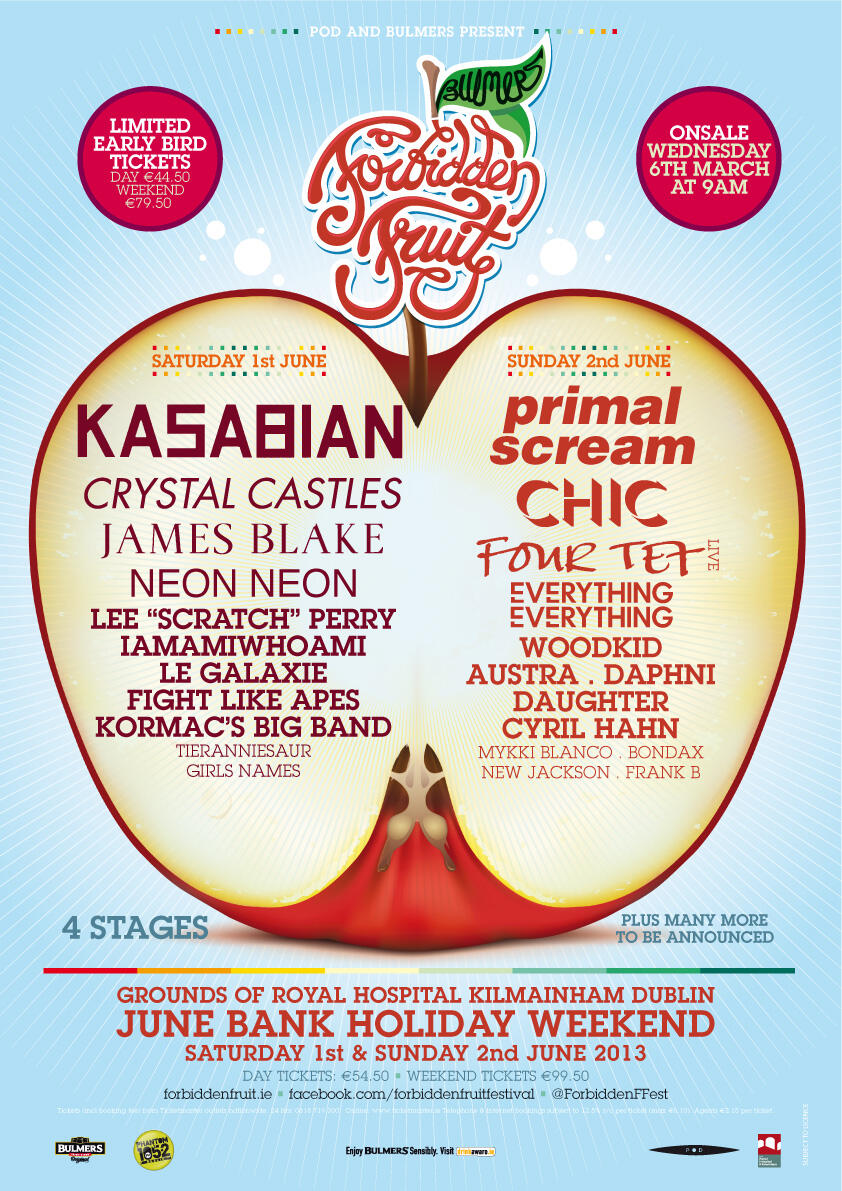 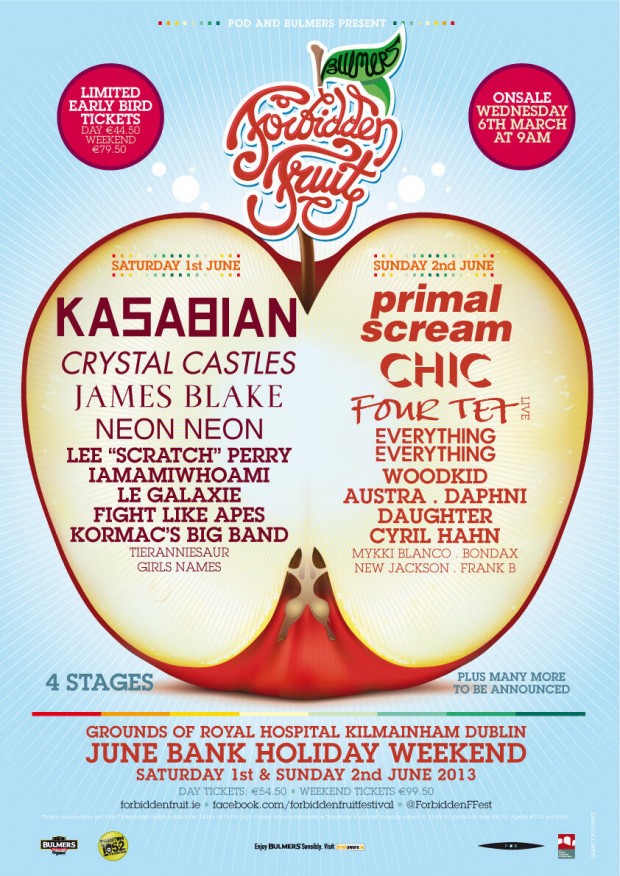 Personally, I think this is a reasonable lineup considering the now-crowded mid Irish festival market we now have. Fingers crossed there’s more interesting smaller bookings on the way, along the lines of Mykki Blanco.

In terms of medium to large multi-day festivals that’s Longitude, Forbidden Fruit, Body and Soul, Oxegen and Electric Picnic happening this year. Considering those odds, POD and Forbidden Fruit did pretty well in their booking.

Last year’s lineup was pretty stellar so I can understand the initial disappointment from some but there was no Longitude last year meaning that this time around, MCD could offer act who were potentially Forbidden Fruit-bound more moolah to play in July at Longitude rather than June. With so few big headliners at the moment, Forbidden Fruit had to resort to the tried and tested method of rock bands who have done it before: Primal Scream and Kasabian to bring in guaranteed ticket sales despite the other audience of more indie/Primavera-oriented potential festival-goers who would prefer to have the festival to themselves. It’s going to be an interesting year for all of these festivals.

Haim play Dublin in May