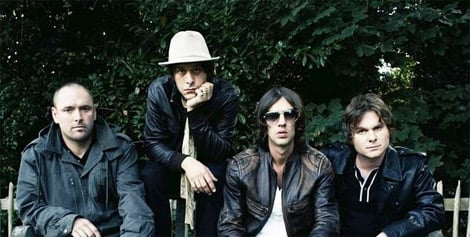 One of the quieter reunions of late, The Verve have returned with a full-lineup for a UK tour and possibly a new album. It’s easy to forget how big this band were around the time of Urban Hymns so it’s kind of refreshing to hear this. This is first recording session the band had (released through NME.com); the first 14 minutes they made together since re-uniting. Just jamming like it was 1993 A Storm in Heaven all over again.

The appeal for me way back was Nick McCabe’s intricate guitar works and his stamp is all over this jam with backwards guitars, an e-Bow guitar line, and his classic echo effects. The jam’s got a definite groove. Here it is in 320kbps quality.

The Verve – The Thaw Session