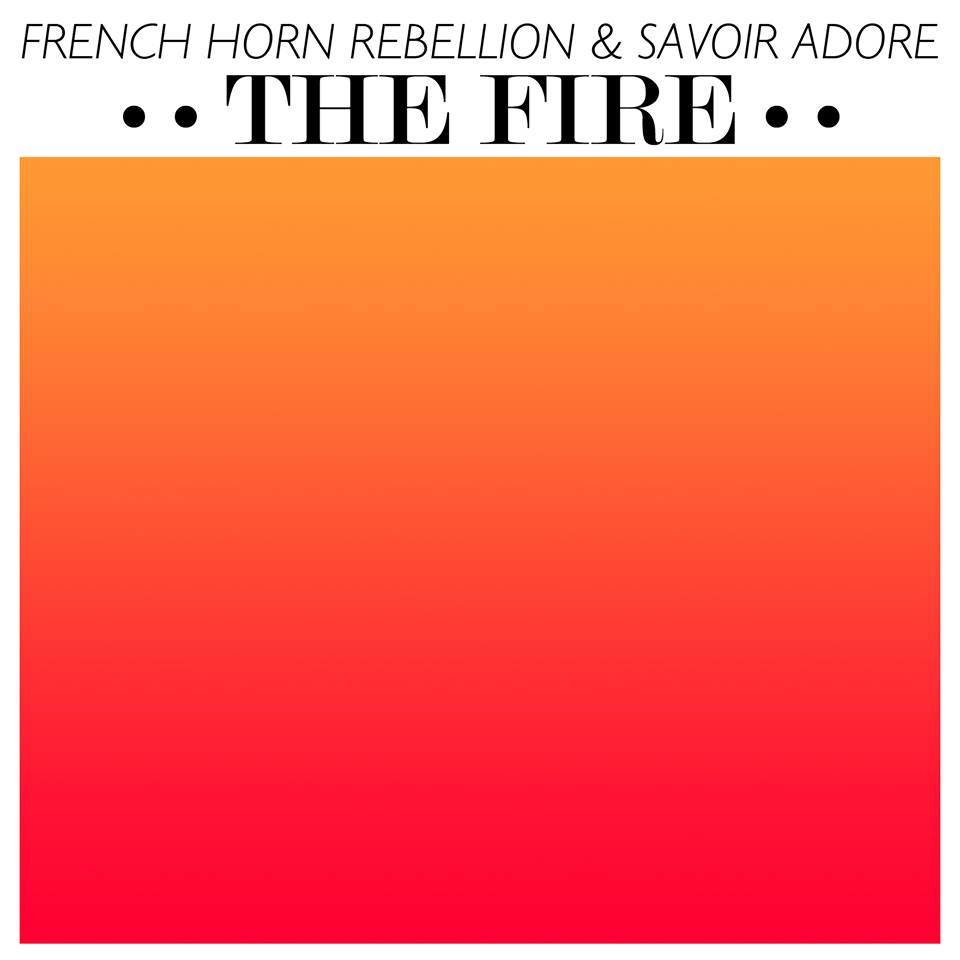 Both of these bands have been on my radar for a few years at festivals like SXSW and CMJ as well as other blogs. The two American Brooklyn-based groups, brother duo of French Horn Rebellion & fantasy pop pair Savoir Adore have teamed up for a whopper electro pop single. Brooklyn isn’t the only common denominator they have as French Horn Rebellion’s David Perlick-Molinari and Deidre Muro of Savoir Adore have been married for the last few years.

‘The Fire’ is a celebratory electronic disco duet love song and it warms the cold December bones. Even better, the track is a freebie for a tweet.

You should also check out FHR’s brilliant video featuring the duo as small people riding dogs as horses and other such shenenigans.