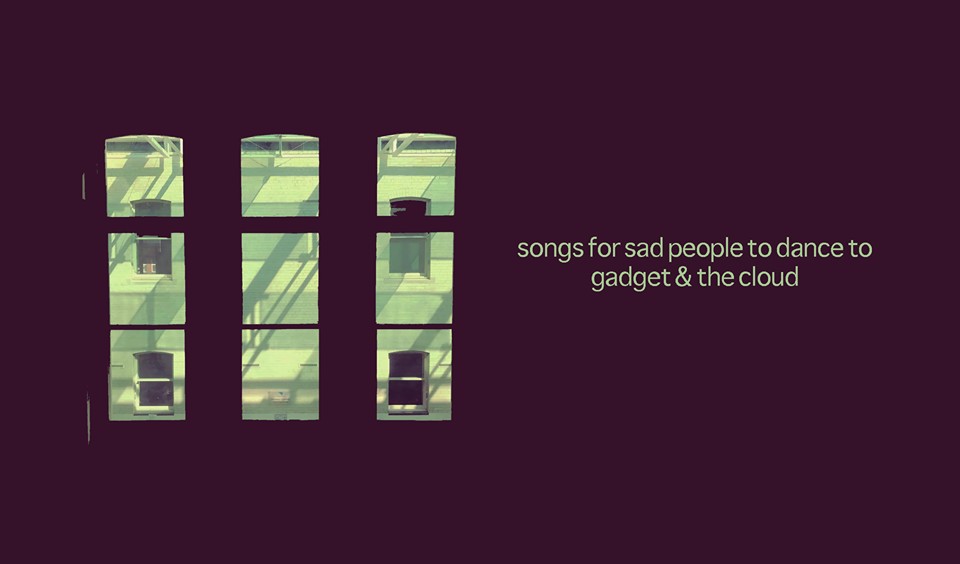 The transformation of Cork-based muso Kelly Doherty from enthusiastic online music journalist to producer, DJ and events maverick has been a joy to witness over the past few years, with Doherty assuming the name ‘Gadget and the Cloud’ in 2016 for her exploratory, semi-improvisational strain of lo-fi electronica. In doing so, she’s gained a certain confidence and begun to build an artistic vision, one that’s seen her take to stages at festivals like Cork Midsummer Festival and Open Ear.

With the release via Dublin indie label Little L Records of debut full-length ‘Songs for Sad People to Dance To’, a meeting of gentle, retro-informed ambience and subtle nods to the wider dance frame of reference, Doherty finally expands on her influences. “The main concept is dealing with the party culture that exists within music scenes and the negative way it can affect people. A lot of electronic/dance music released focuses solely on bringing a party atmosphere and vibe, which is perfectly fine but we rarely stop to pay attention to what happens when the party never stops and that sense of euphoria is dead. ‘Songs For Sad People To Dance To’ traces the more introspective, quieter moments of a lifestyle associated with good times being mandatory. It charters the emotions of isolation, anxiety and the desire for meaningful connection and earnest emotion in a mostly superficial existence.”

Having been moved to take up electronic music after seeing Jon Hopkins live in the process of reviewing a festival, Doherty’s creative process has veered from the experimental to the searingly personal. “I produced the record over three months last summer where I found myself at festival after festival, and party after party, and the whole experience was losing some of its joy. I had initially been working on a much darker body of music to deal with the death of a friend of mine, but the process became overwhelming for me, and I wanted to analyse the reasons why making inward-looking music had become so difficult, and wanted to tackle that head on. Most of the tracks came from an initial desire to capture a unique feeling and then I filled in the gaps from there.”

The album comes at the onset of a busy time for Doherty, musically and otherwise: “I’ve a whole world of music that I want to make. A big passion of mine is making art political, and I’m already working on a project about Repealing the Eighth with a spoken word artist in Cork and we’re hoping to have that out in the coming weeks.”

Gadget and the Cloud performs at Cork Sound Fair, happening on the 23rd and 24th of March in Cork City. A launch gig for ‘Songs for Sad People to Dance To’ will be announced soon on Doherty’s Facebook and Twitter.