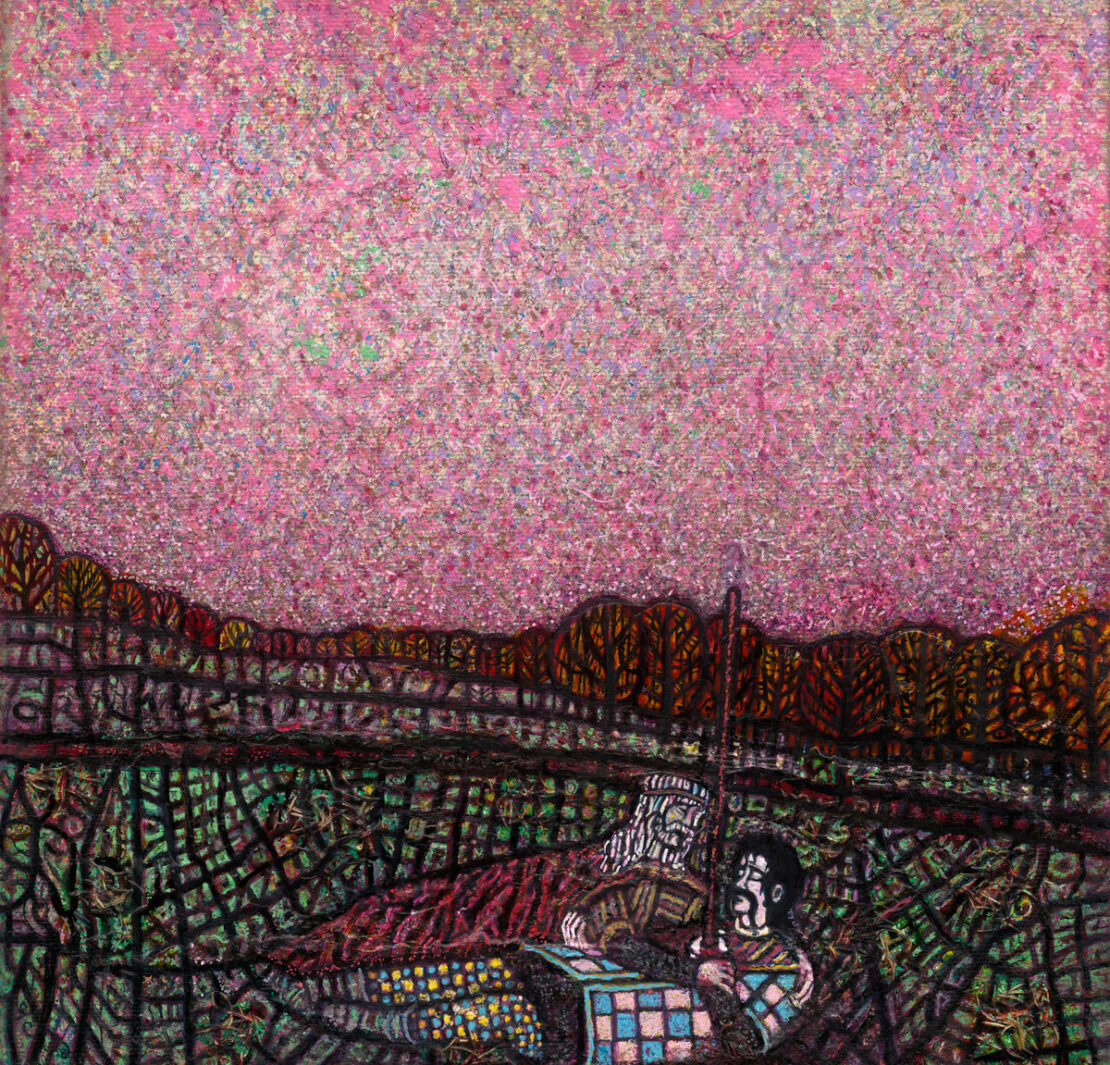 
The Irish producer Gareth Quinn Redmond has released a new album today entitled Umceol on WRWTFWW Records (We Release Whatever The F* We Want Records).

The album features a Side A and a Side B, and tells the tragic yet beautiful tale of two legendary figures of Irish mythology, Cú Chulainn and Ferdiad, through a meeting of ambient and traditional Irish music, using Irish folk instruments (harp, tin whistle, fiddle, harmonium) with synthesizers.

A vinyl version in a 350gsm sleeve features a triptych of paintings by Irish artist Conor Campbell.

“For the longest time, I have desired to blend elements of both ambient and Irish traditional music. Umcheol – Cú Chulainn agus Ferdiad, is the first in a series of works that seeks to coalesce these two palettes of sound. The primary focus of this album was to begin using traditional instruments such as the harp, tin whistle, fiddle and even the harmonium, which in recent times has become commonly used in Irish folk music. By pairing these instruments with synthesisers, I hope to create a soundscape that gives new agency for the stories of my culture to be realised and retold.”

Inspired by the story of two legendary Irish warriors, Cú Chulainn and Ferdiad, Umcheol tells the tragic yet beautiful tale of these figures of Irish mythology.

Passed down by storytellers from as early as the 1st century, the story of Cú Chulainn and Ferdiad was first set to text in the 800s in An Táin Bó Cúailnge. The stories of these warriors are intimately bound to Irish culture and have acted as the foundation from which many of our traditions have stemmed.

Sworn brothers from a young age, Cú Chulainn and Ferdiad were pitted against one another in battle by their warring clans. Cú Chulainn and Ferdiad fought across many days pushing each other’s combat skills to their very limit. Despite all of this, when resting in the evening, they shared food, treated each other’s wounds and shared the same bed. Such was their love and respect for one another. On the final day, Ferdiad took the upper hand against Cú Chulainn. Enraged, Cú Chulainn was overcome by a warp spasm giving him immense strength. He summoned his legendary spear, the Gae Bolga, and in a swift and deft move impaled Ferdiad, mortally wounding him. As the adrenaline of battle wore off, Cú Chulainn realised what he had done and held Ferdiad in his arms, lamenting the imminent loss of his dear friend.

The opening of the album presents the listener with a still landscape, which will soon play host to the epic fight between Cú Chulainn and Ferdiad . As the sun rises, the land begins to stir softly, gradually growing in vibrancy as it reacts to the awakening of life around it. As this soundscape grows and meanders, it patiently changes, becoming restless and unsettled. The land senses what is about to happen.

The final fight between Cú Chulainn and Ferdiad opens the second half of the album, climaxing with the death of Ferdiad. As the warrior dies in the arms of his friend, the landscape responds and assumes an evolved form. Now imbued with the impact of what has just taken place, we begin to hear new instrumentation and colours reflecting this change. What was once a still landscape has now taken on a new meaning.

On the term ‘Umcheol’ Umcheol is the Irish word for ‘ambient music’. When Gareth and Conor were first conceptualising this album, there was no generally accepted Irish term, so we had to come up with our own. ‘Um’ has no equivalent in English, but in the Irish language it means ‘around, throughout’ or ‘in the vicinity’. ‘Ceol’ means music. So, umcheol is music which is both around and throughout. –