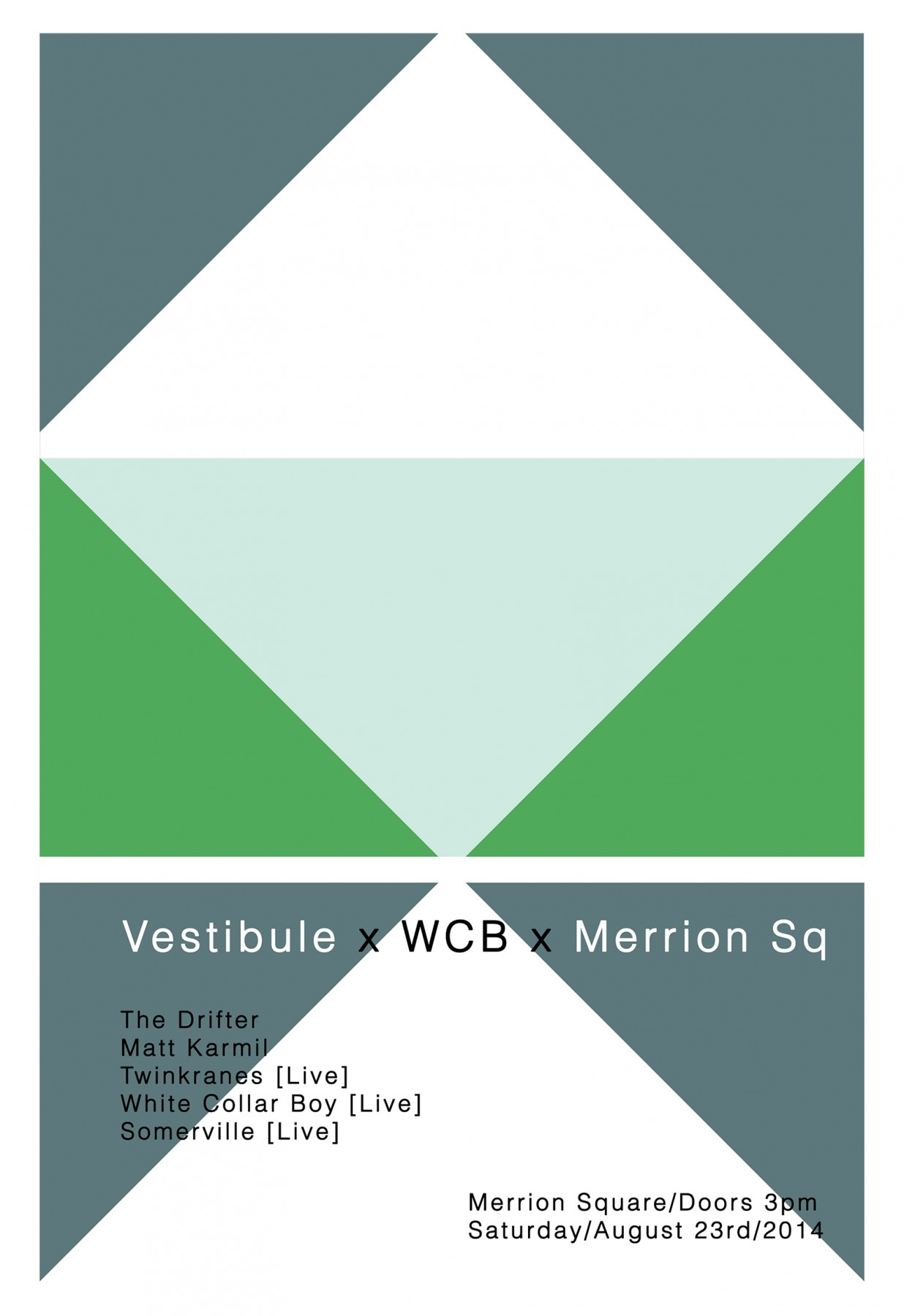 White Collar Boy are hosting a party in Merrion Square to celebrate Vestibule a series of temporary sculptures, walking tours and workshops curated by Aoife Tunney and running from May to September.

The gig happens on August 23rd and will feature The Drifter, Matt Karmil, Twinkranes and Somerville. Early bird tickets are €15/ General is €20. To win tickets email [email protected] with the gig title in the subject line before Monday at noon.

State’s Faces of 2014 series of monthly gigs continues with another on Friday July 11th. It’s a doubledown show with an early free gig in The Mercantile on Dame Street from The Wonder Villains (Derry pop punk), The Statics (60s inspired rock) and Handsome Handsome (harmonic folk rock). A midnight show in Whelan’s is a hip-hop special featuring Simi Crowns and Hare Squead. Entry to that is free with a Mercantile handstamp.

Recently flagged here, Dublin duo Contour are playing The Grand Social on July 18th with support from I’m Your Vinyl. entry is €8/€10 on the door.

Mumblin’ Deaf Ro is rolling himself out of his real life for a rare gig in The Pop Inn off Capel Street on Saturday July 12th. He’ll be joined by The Very Most’s Jeremy Jensen and Big Monster Love. Tickets are €8 and it’s BYOB or BYOCOW as Ro suggests (bring your own carafes of wine).

The next Whelans25 gig has been announced: Ham Sandwich (I just can’t spell it as HamsandwicH lads) will play the venue on Tuesday July 15th. Tickets on sale now.

After his appearance at Body & Soul, Slow Magic will play Button Factory alongside Meltybrains? on Saturday August 2nd for a Hidden Agenda & Feel Good Lost presentation. Tickets are €10 for that.