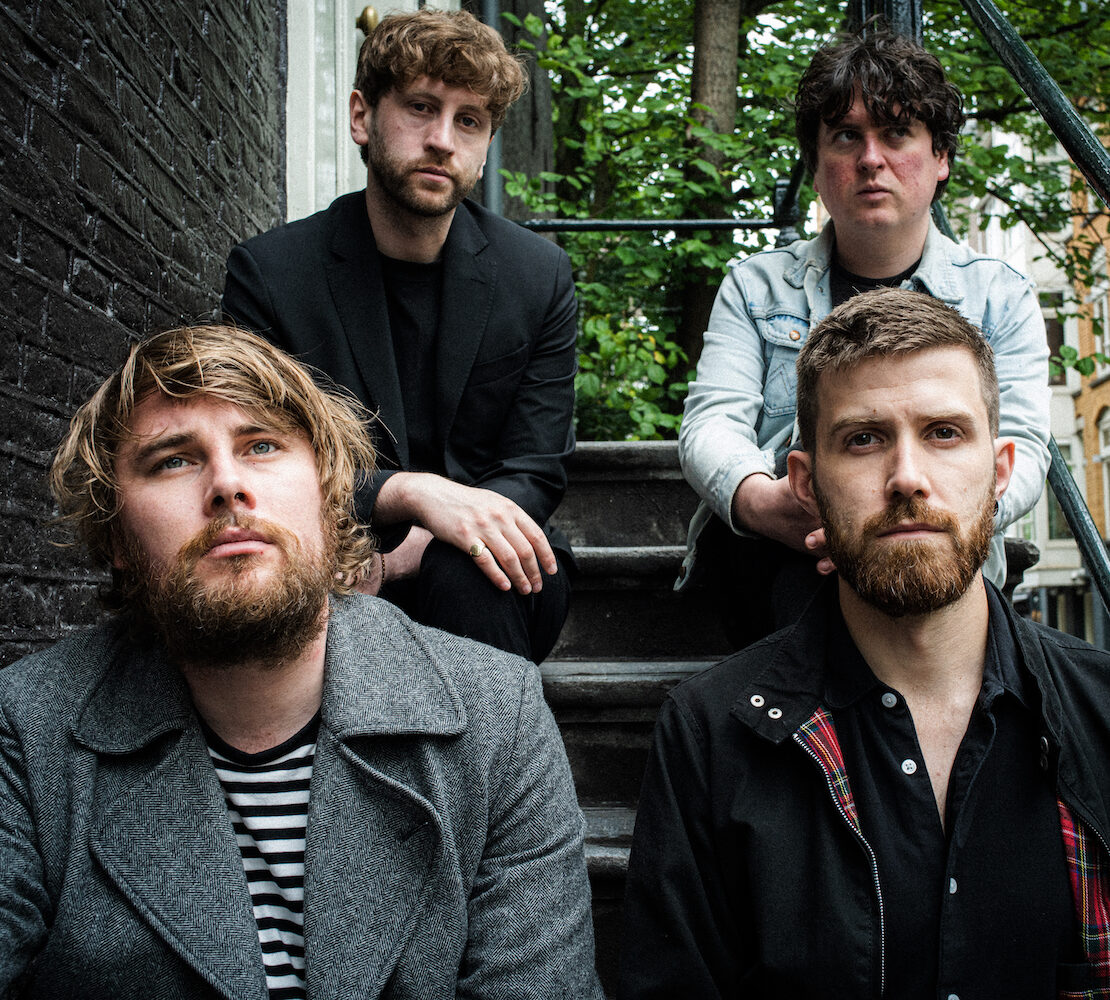 Gilla Band have released another track from their forthcoming album Most Normal, following on from the album’s first preview track ‘Eight Fivers’.

‘Backwash’ was aired in recent Dublin residencies and gigs, and feels like the Dublin band are injecting some new sounds into their trademark, it’s a bit more wobbly and rhythmic than usual, without losing the identity they have established.

“The initial idea for the whole album was that it would loosely sound like a dream. We didn’t really stick to the brief but it lead us down different sonic avenues. ‘Backwash’ is one of the few tracks where the words represent a dream-like circumstance. The lyrics are from a stream-of-consciousness rant, weird imagery, and all that. The track is about attraction – fancying someone and not knowing what to say exactly. It’s an indirect love song, knowing you like someone but can’t quite articulate it. Thinking that you have already expressed your feelings, but like waking up from a dream you’ve forgotten what you actually have said or felt”

The single is available on 7″ limited to 120 copies.

Most Normal was self produced and recorded and mixed by the band’s Daniel Fox at Sonic Studios and their rehearsal place.

The album will be available on limited edition blue vinyl and an exclusive alt cover white vinyl, limited to 1,000 copies, and is now on pre-order.

Covid lockdown robbed Gilla Band of any opportunity to try the new material out live, but the pandemic also incinerated any idea of a deadline for the new album. They were free to tinker at leisure, to rewrite and restructure and reinvent tracks they’d cut – to, as drummer Adam Faulkner puts it, “pull things apart and be like, ‘Let’s try this. We could try out every wild idea.”

The group also fell under the spell of modern hip-hop, “where there’s really heavy-handed production and they’re messing with the track the whole time,” says basses Daniel Fox. “That felt like a fun route to go down, it was a definite influence.”

The common thread holding Most Normal’s ambitious avant-pop shapes together is frontman Dara Kiely. Throughout, he’s an antic, antagonistic presence, barking wild, hilarious, unsettling spiels, babbling about smearing fish with lubricant or dressing up in bin-liners or having to wear hand-me-down boot-cut jeans (“It was a big, shameful thing, growing up, not being able to afford the look I wanted and having to wear all my brother’s old clothes, like bell-bottomed flares that got nowhere near my ankle,” says Kiely

Gilla Band’s big Irish shows this year are at the National Stadium, Dublin on December 9th, and Empire, Belfast on December 15th 2022