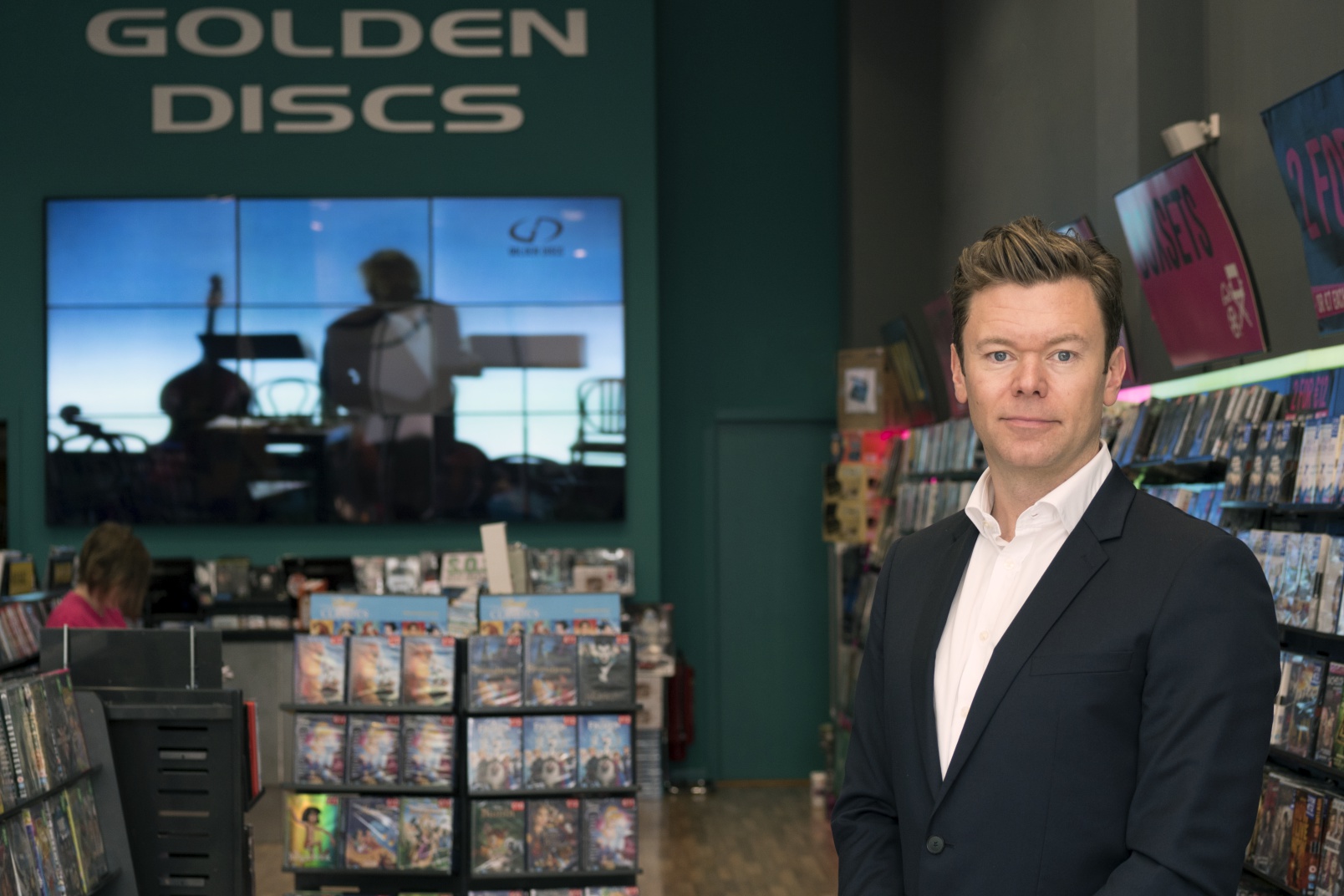 Golden Discs are to open a new shop this Saturday 17th June, at 34 Cruises Street in Limerick. The chains cites it as “(continuing) the unprecedented expansion of Golden Discs”, after the launches of The Vinyl Lounge in Cork and their new flagship in Dundrum Town Centre. That adds to Steamboat’s recent addition to Limerick, who address the opening below.

Golden Discs’ history in the town stretches back, with previous outlets in Arthurs Quay, Crescent and Jetland Shopping Centres, and the former Todds, now a Brown Thomas.

Says spokesperson Emma Harney, “after an eight-year absence Golden Discs will take prime position on the main pedestrian shopping street in the city, and to celebrate, this weekend the store will have special discounts across various product lines.”

“Limerick has a strong musical heritage, with renowned artists including The Cranberries, Hermitage Green and this year’s Choice Music Prize winners, Rusangano Family all hailing from the city. Golden Discs will support local artists by hosting instore gigs and appearances, starting this month with Anna’s Anchor at 3pm on Saturday 24th June. Anna’s Anchor recently released their new single ‘Summer Camp’ from their debut album release Nautical Mile which will be on sale instore.”

The shop is mooted to carry the usual range of major-label music, film, and pop-culture merchandise, continuing their vinyl expansion with a full offering of back-catalogue and new releases.

Stephen Fitzgerald, CEO of Golden Discs, said, ‘We are thrilled to return to the city and are looking forward to once again being part of the thriving and vibrant Limerick music scene.’

The chain’s opening in the area has not gone unacknowledged by the city’s scene, with Mark Carey, head of independent record and instrument emporium Steamboat Music remarking on the shop’s Facebook page: “We wish Golden Discs all the best with their expansion into Limerick but make no mistake, we’ll be the first to critique how they handle local artists.”

The shop is recruiting part-time staff, with local music and film heads encouraged to hand in CVs.