Every week, Nialler9 gives you a guide featuring the best live and club events happening in the city every night. So you know we have you covered for the gig but what about the rest of the night? Where’s the best place for a pre-gig drink? Where’s the best place for dinner? Where should you go between the gig and the club? Here are some places recommended by Nialler9  for a great night out but, first let’d start with the pre-game: the getting ready playlist.

1. The Going Out Playlist

If you’re going to start off an epic night off right, it all begins at home when you’re getting ready with a killer soundtrack to get you in the mood for the evening ahead. At 22 songs and 2 hours, this playlist is capable of soundtracking the slowest of us getting ready and it’s also perfect for an aul shuffle. It features a handpicked selection of personal Nialler9 favourites by Hot Chip, La Bionda, Pional, !!!, Jungle, Chvrches and Para One among others. Hit it. 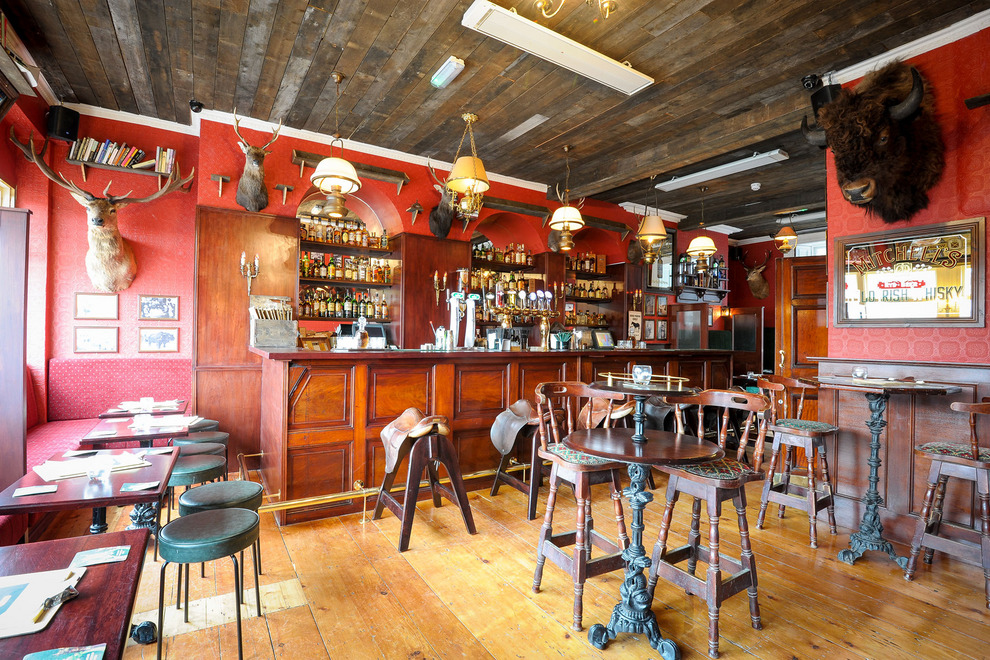 Looking for a relaxed place to meet your mates before heading in?

If you’re on the northside, Bar Tengu, the bar at the back of Yamamori Sushi near Hapenny Bridge is a great bet if you’re going to The Grand Social. It’s hidden enough away from the main thoroughfare not to be too packed and it’s got a large selection of Japanese beers, cocktails and some homemade lemonade. Also if you’re friends are fussy eaters, you can eat here too.

Across the river, The Workman’s Club is a popular gig spot so setting up camp next store in Bison Bar is a good shout. A decent craft beer list and a wealth of whiskeys including a Jameson of your choice, along with some solid cocktails and BBQ food on the premises too.

Closer to George’s Street? The Long Hall is always bustling but find a corner or a bit of the bar and you and you friends can settle into a carpeted pub bliss. Alternatively, Grogan’s is always buzzing outside and as is the younger spot P.Mac’s.

Hitting Whelan’s? Ryan’s Pub next door is an old reliable for both before and after the main event. Fallons (The Capstan Bar) nearby in Dublin 8 also fulfils the small but perfectly formed old man pub request. 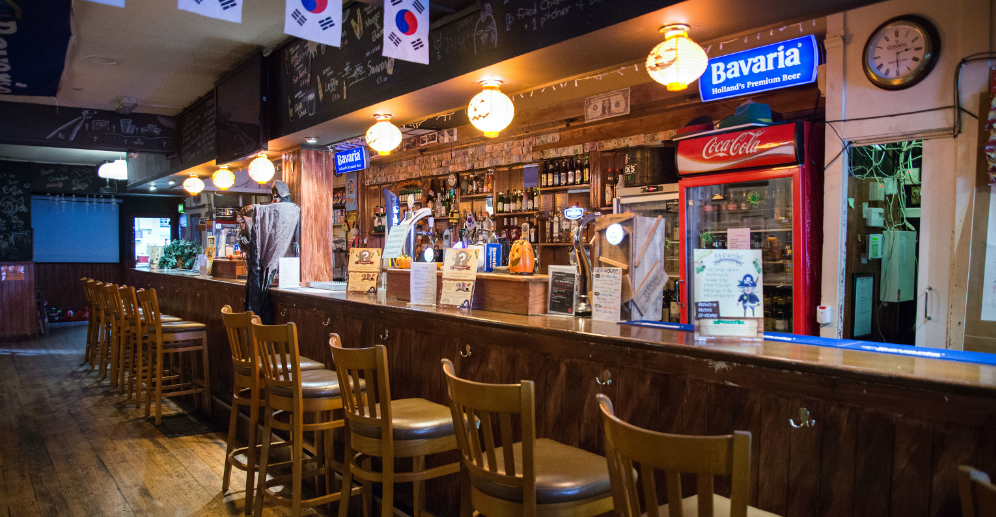 Hands down my favourite place to eat in Dublin, Kim Chi at The Hop House on Parnell Street is a Korean and Japanese restaurant which operates out of a building that is half pub and half restaurant. The food is the best around: the gyozas and beef bulgogi are firm favourites and the staff are among the nicest in Dublin. One of my fondest memories was watching South Korea play in the World Cup in their smoking area with some enthusiastic Korean fans one evening. There were free pancakes and the Koreans screamed every time their team got the ball, no matter what half they were in. See also: Musashi on Capel Street for Sushi.

If you’re planning on grabbing a quick bite and are near Dame Street and Temple Bar, there are plenty of options. Recently opened upstairs in the Workman’s Club, Wow Burger takes American-style burgers and fries as close to the gig as possible (Bunsen around the corner in Temple Bar / or on Camden Street is recommended too). Pizza party enthusiasts can grab a slice at DiFontaine’s on Parliament Street or head for a sit-down flatbread pizza in the always reliable, always delicious Skinflint. For fried chicken lovers, Crackbird is as addictive as the name suggests. If you’re looking for fresh pizza, then the Bernard Shaw’s Big Blue Bus out the back on South Richmond Street will satisfy your needs. 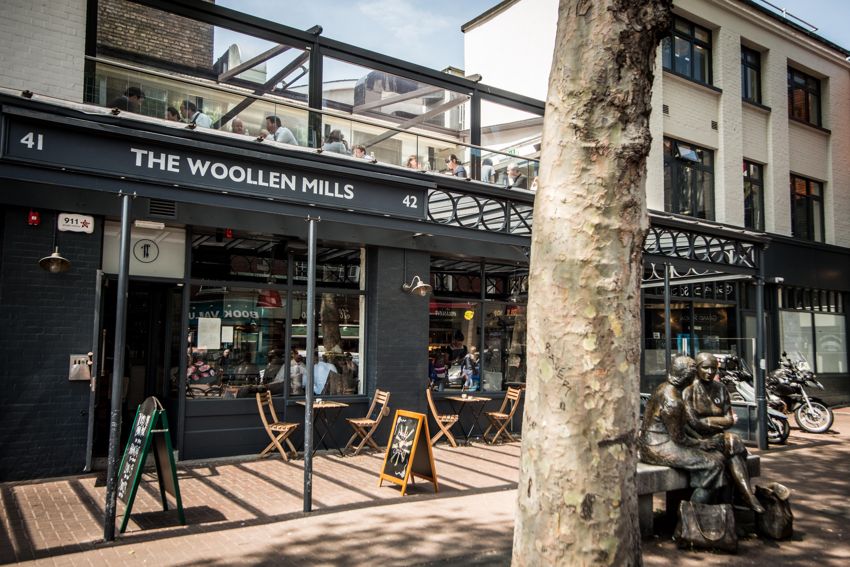 Green 19 is a cheap and cheerful restaurant on Camden Street but it’s always busy so booking may be required. A better bet for drop-in is Neon, who will stuff you with Asian street food and give you an ice cream afterwards. Nearby, Las Tapas Del Lola is one of the city’s best tapas offerings, while back over the Hapenny Bridge, The Woollen Mills, a modern take on an old-fashioned “eating house” offers something for everyone. 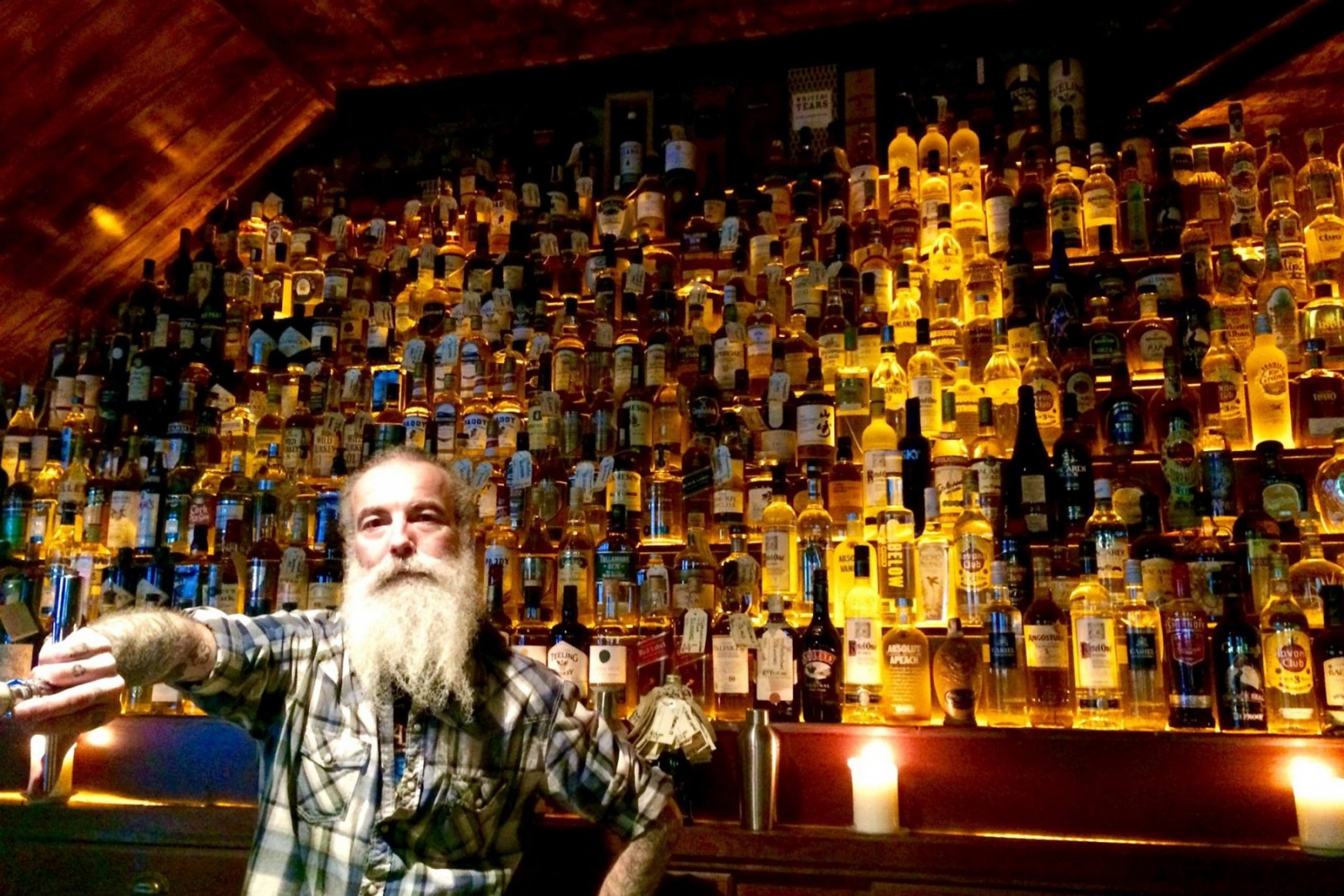 Whether you want to escape the crowds, discuss what you’ve just seen at the gig or relax, Eastside Tavern is far enough away from Camden Street to have its own atmosphere but close enough to walk. The bar’s cocktail list and cascading row of spirit bottles are something to behold and there’s always a good DJ in the corner.

Other late-night bars include the always reliable but always busy Workman’s Club and the legendary Whelan’s.

Ukiyo offers some late-night Karaoke and DJ sets too while the Liquor Rooms serves quality cocktails beside the Workman’s and goes late into the night.

It’s Saturday night and you’ve been to the pub, you’ve done the gig, you’ve eaten but you’re not done yet? The only thing left? More late-night dancing. Mother is a gay club downstairs in the Arlington Hotel that opens its doors to everyone and plays synth-pop, disco and electronic music. One of the best places to have a dance in the city, it’s one of the few dancefloor-focused club nights. You go to Mother to dance.

More recommendations for clubs and pubs?

Have no plans and need some inspiration? Then look to the Jameson Magic 8 Barrel.

Just ask your question and see where the night takes you.

You could even win tickets to the Bow St. Sessions, a night of collaborative music from some of Ireland’s best live acts! https://askthejamesonbarrel.com/

Win a main stage spot at Castlepalooza with Tullamore D.E.W.