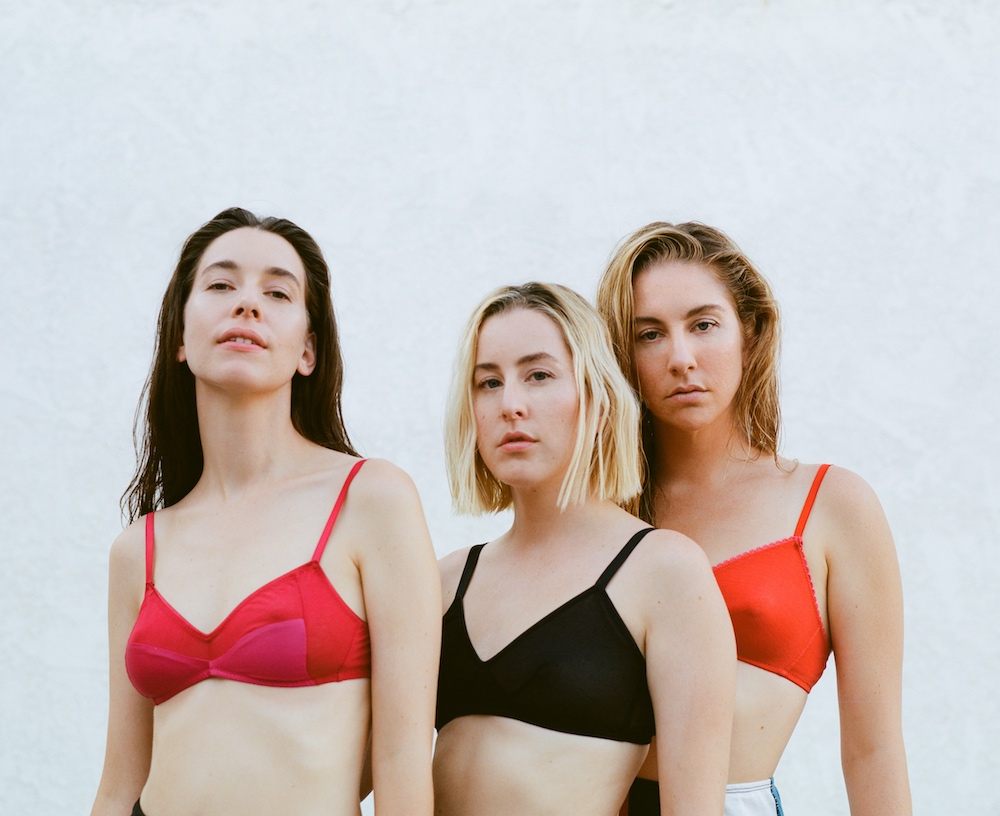 
HAIM are back with their second single of 2019, ‘Now I’m In It’, as well as another video collaboration with director Paul Thomas Anderson.

‘Now I’m In It’ takes a more serious tone than its predecessor ‘Summer Girl’. Reckoning with the relationship between themselves and their minds, the song’s driving refrain of “we cannot be friends” sets the emotions into a darker place than the trio’s usual work. Whilst the instrumentation is more restrained and less obvious than usual, HAIM’s penchant for infectious melodies is still present. ‘Now I’m In It’ is one of HAIM’s better tracks and marks a serious progression for the act.

“Even when we’re writing about something dark or more serious, we like to tie it up in a bow so that there’s a bit of lightness to it,” shares band member Este Haim, “We want our music, and this song especially, to be the thing that helps you get through that rough time.”

Here’s hoping a new album is on the horizon soon.