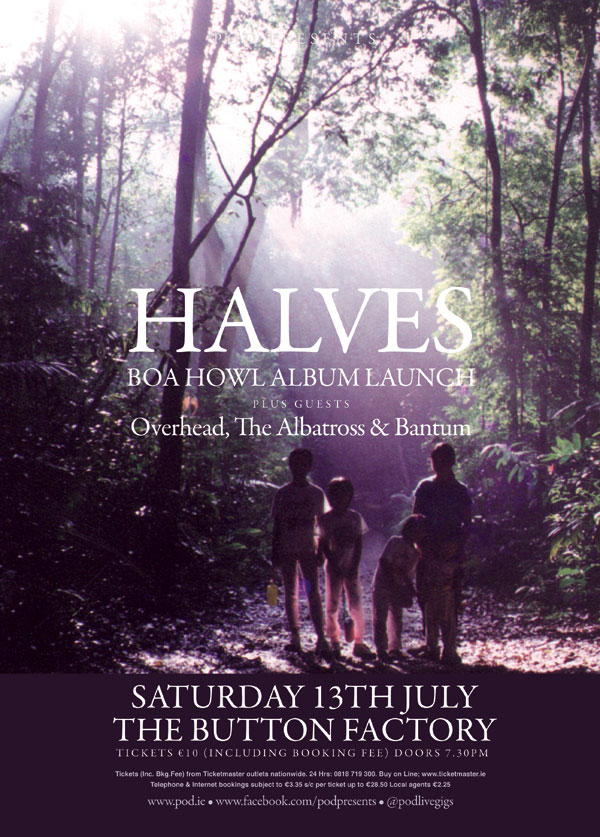 Halves launch Boa Howl on July 13th in the Button Factory as above with Bantum and Overhead The Albatross on support, as well as Cypress Avenue, Cork on July 26th and an in-store in Tower Dublin on July 6th.

Boa Howl is out July 5th 2013 through HATEISTHEENEMY Records on CD, deluxe gatefold vinyl (with mp3 download), and digital.