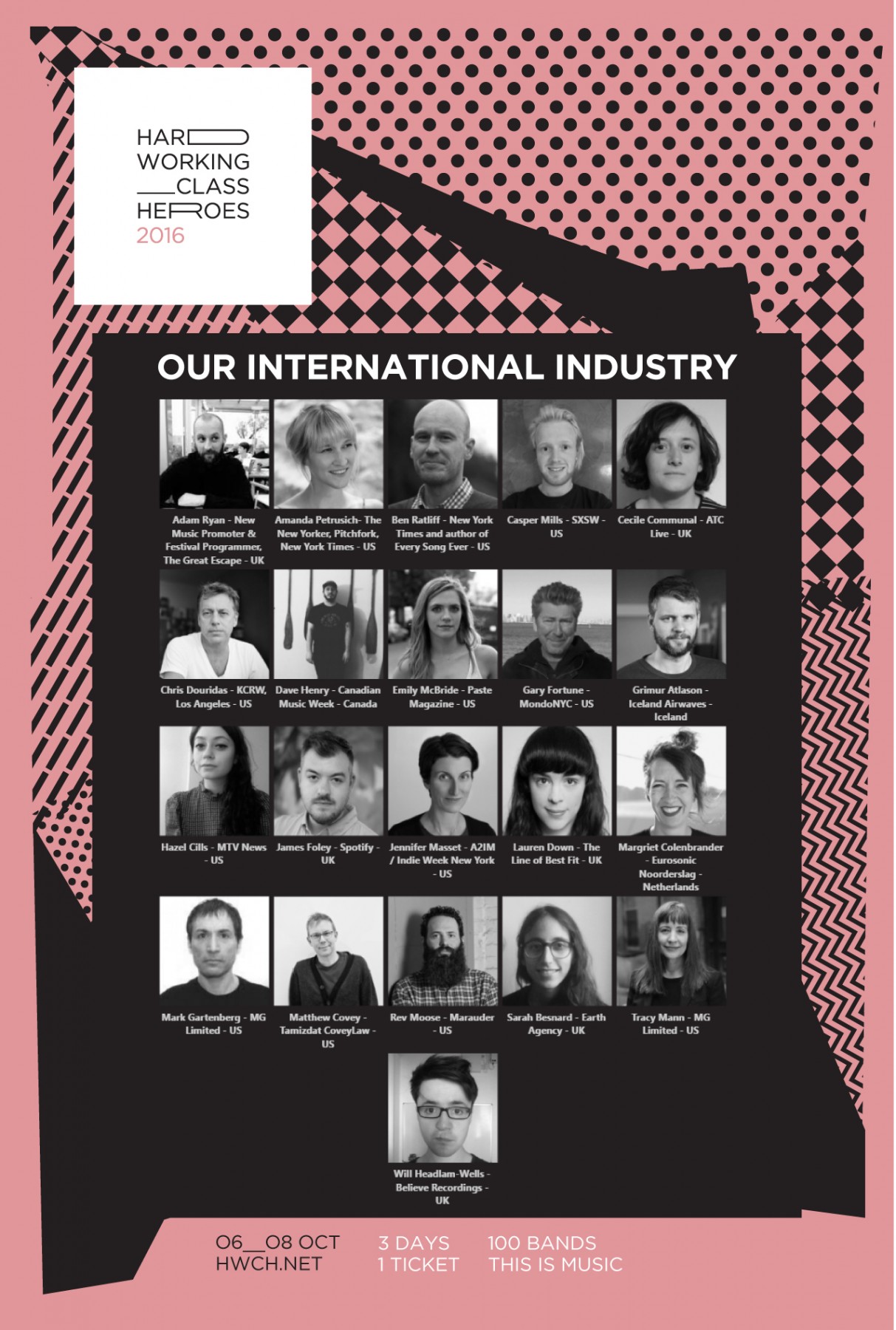 Hard Working Class Heroes is only a few weeks away and we already know the band lineup and times.

But, a big part of the festival is the knowledge and information shared at the convention before the bands kick off that night. This year, The festival convention moves to the Chocolate Factory, Kings Inn Street, Dublin on October 6th, 7th and 8th.

As well as the speed sessions, there’s workshops and panels lined up. All convention events are free (though speed sessions are limited to signups).

I will be hosting three panels drawn from my How Music Works interview series for the Irish Times, focusing on three distinct parts of the band journey, through what happens on-stage and off – beginning, emerging and established. What should a band starting out consider? How should you release an album in 2016? What is it really like to be a touring artist? Joining me on the panels will be members of the industry and artists including Ruth Medjber (Ruthless Photography), Wyvern Lingo, Phil Udell (State Magazine / Word Up Collective), Sinead Troy (IASCA / Yangaroo) , Bernie Divilly (international marketing), Joe Clarke (CWB), Ken Allen (Faction Records) Una Molloy (Turning Pirate) and Kieran McGuinness (Delorentos).

See the schedule for the Convention in full.

Inspired by the weekly Irish Times series which interviews people who work behind the scenes in the Irish Music Industry, this series of panels, hosted by Nialler9, will look at the band journey through what happens on-stage and off.

What to do and what not to do when starting out. How should a band promote themselves? How can a band make themselves stand out on the internet? What are the dos and don’ts when contacting media? What about gigs, IMRO registration, biographies, press photos and finding an audience? The panel will offer some practical tips

So the band’s got the songs, they’re on the way to record their first album, their finding an audience, what next? What opportunities are available to them? What’s a good release strategy for an album? Should they hire a PR company? What about management? Where should a band look to play abroad? Are they ready to do it? How do they make their passion their living?

What’s it really like to be a band on the road? How do you sustain a career? What comes next internationally? How does a band grow their craft and audience over multiple albums? How does an artist stay hungry, happy and creative?