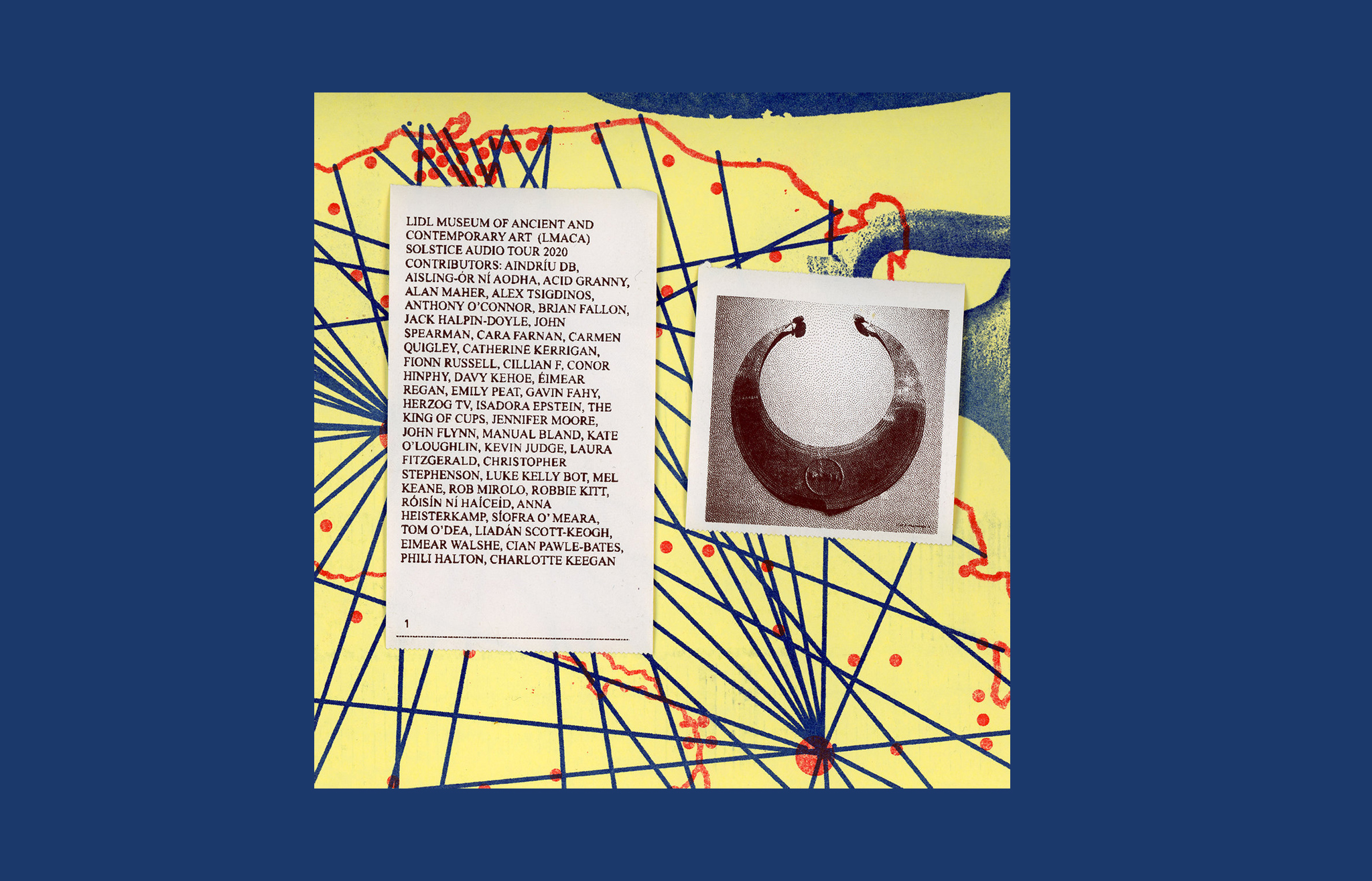 Lidl Museum of Ancient and Contemporary Art Audio Tour is an album of sorts that was released on December 21st that is billed as an “audio tour” inspired by the newly open Lidl supermarket on Aungier Street, in Dublin, where the remains of a 11th century medieval house and an 18th century theatre have been incorporated into the build.

The album is inspired by this clash of commerce and conservation and serves as an audio tour – part experimental album, part radio play and part immersive audio experience.

The work is the brainchild of The Ecliptic Of Culture, who were behind the The Cultural Equinox popup D’ART exhibition on the DART in 2019. They advise you listen to the album in one of the 200 Lidl stores across Ireland.

This isn’t a traditional release or compilation. It’s presented as a two-sided release but the individual tracks are also available alphabetically. It was premiered on air on Dublin Digital Radio.

And some of those tracks include Acid Granny providing 12 minutes of radio-themed oddness, a jingle ad about Culture Night 1700; ‘Raglan Road’ as sung by Luke Kelly robot, a story about the Deansgrange branch in Lidl gives way to a checkout bleep-featuring electronic jam, a spoken word passage about breakfasts of old and Kate O’ Loughlin’s brand-featuring banger ‘Harvest Morn’ among them.

In a time in Dublin city where developments of hotels and student accommodation is being allowed to flourish unfettered, where 19th story towers are proposed in a local community, where the €25 million proposed development of a white-water rafting centre is still apparently going ahead and a pandemic has fundamentally changed the way in which the city will be used in future, LMACA’s exploration of Lidl as a puzzling arbiter of modern conservation is worth underscoring.

Laura Fitzgerald and Christopher Steenson’s spoken piece ‘All along the banks of the Lidl Canal’ underlines the uncomfortable push and pull between commerce and conservation, and imagines a future where the Royal Canal is diverted through a local Lidl.

An album themed on a Lidl is also a fitting release for these pandemic times, with visiting supermarkets currently being the most exciting thing many of us can do in a day, the Lidl Museum of Ancient and Contemporary Art Audio Tour provides an escapist and thought-provoking soundtrack experience for such occasions.