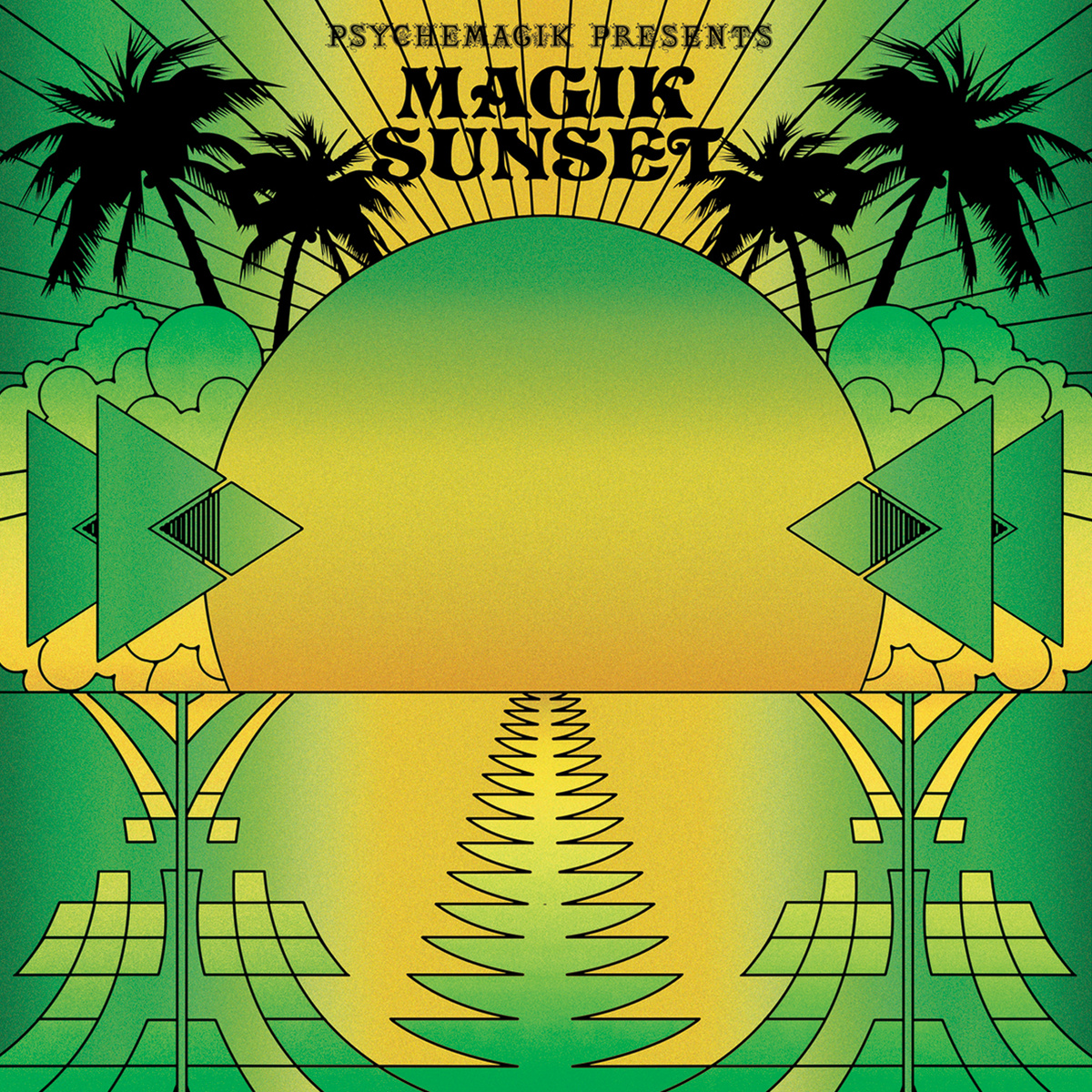 
In 2012 and 2013, Psychemagik the duo who are known for supreme disco DJ edits of tunes from Fleetwood Mac, Talking Heads as well as their originals, released two compilations, Magik Cyrkles and Magik Sunrise featuring rare 70s and 80s soul, funk, disco and beyond.

Now the pair have Magik Sunset Part Two, a followup on the way, after spending much time clearing and tracking down the original artists for permission and in order to master the tracks from the original vinyl.

The names aren’t well known but the tunes featured teeter on the smudgy edge of the aforementioned genres and psychedelia. Check out The Electric Connection’s funky synth disco track ‘Cry of The Lone Wolf’ and the promo mix.

The album is released on Leng Records via Bandcamp on CD, Vinyl and digital.

About ‘Cry of The Lone Wolf’:

“‘Groovy’ was released as the A-side of a vinyl single in Japan in the fall of 1979 as part of an advertising campaign for an avant-garde clothing company. I was completely free to compose and produce what I felt was appropriate for the B side as long as it was in the same genre, and that is how ‘Cry Of The Lone Wolf’ was created. The sound style highlighted the very avant-garde glossy plastic look and image of the clothing company, utilizing a hypnotic repetitive tight synth oriented groove. The recordings took place on August 29, 1979 at Sound Castle Studios in Los Angeles and I chose the very best recording musicians that I frequently worked with including Jim Gordon on drums who was part of Eric Clapton’s band Derek & The Dominos and co-wrote his hit song ‘Layla’, as well as recording with George Harrison, the Beach Boys and Alice Cooper. David Hungate played electric bass and was one of the founding members of the hit band Toto. Michael Boddicker played all the synths and did the vocoder vocals. Michael was one of the most in demand synthesizer players in L.A. at that time, and played on most of Michael Jackson’s hit albums. Tim May played the electric guitar and has played for the Pointer Sisters and Whitney Houston. Paulinho Da Costa played all of the percussion and he has recorded with the Eagles, Earth, Wind and Fire, Madonna, Donna Summer and Sting.” (John Tartaglia)