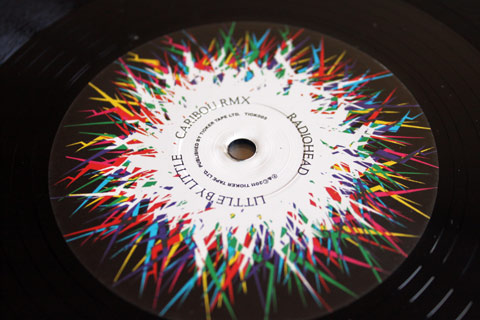 I picked up this today. The King Of Limbs is certainly an album that has improved with time since it was released so it’s actually a perfect time for some Radiohead remix action. The first of which sees Dan Snaith’s Caribou remix ‘Little By Little’ into a long minimal workout while Jacques Greene takes ‘Lotus Flower’ into a post-dubstep synth direction. Another 12″ is released in two weeks with remixes of ‘Morning Mr. Magpie’ by Nathan Fake and two remixes of ‘Bloom’ by Mark Pritchard.

Wugazi – ‘Sleep Rules Everything Around Me’