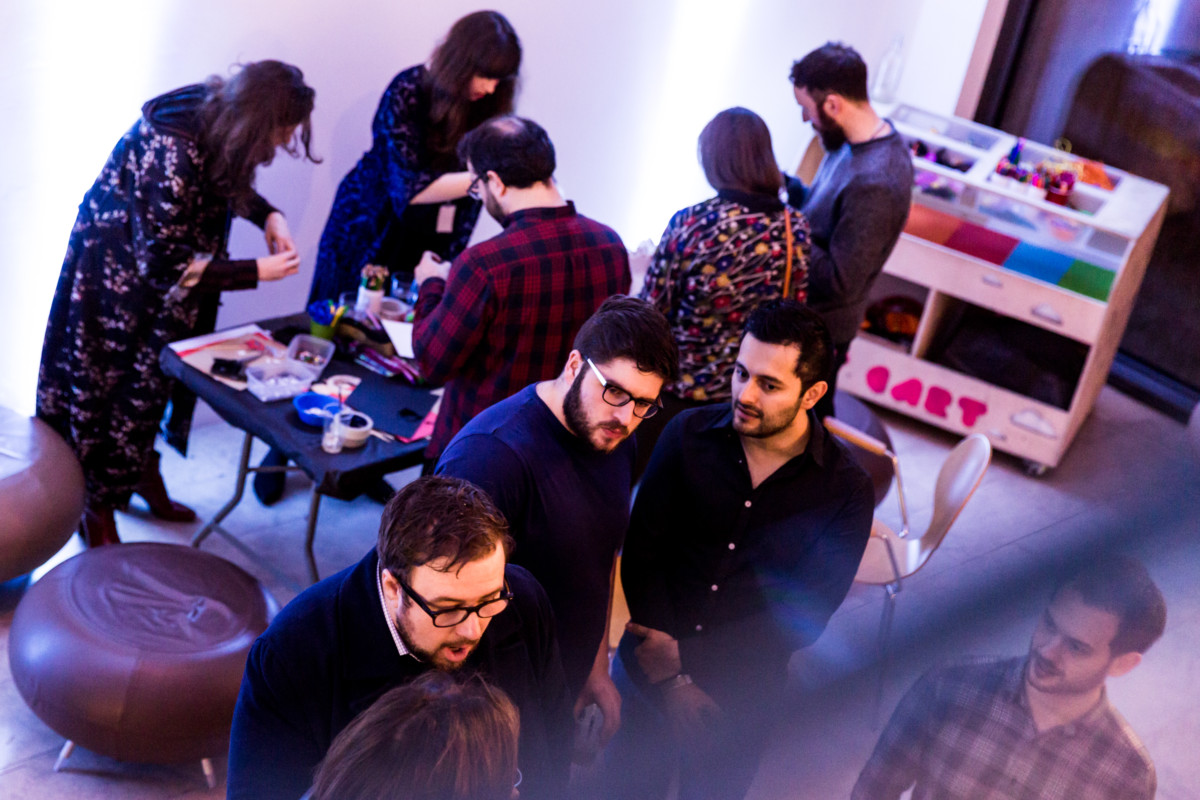 Set in the Royal Hibernian Academy Gallery,  Hennessy Lost Fridays has hosted some of the best new Irish artists on the music scene such as Bad Bones, Wastefellow and Talos along side artistic showcases from the likes of Will St Leger and Leah Hewson over the past year.

Lost Fridays aims to highlight the inspiring cross-discipline creative talent with an emphasis on music performances. As it takes place in a working art gallery, the veent hosts viewings of its art works, an offering which no traditional music venue in the city can match.

A guided tour in the upstairs Gallagher Gallery by RHA director Patrick T. Murphy and artist Vera Clute, winner of the Hennessy Portrait Prize 2015 was on offer to early attendees on Friday evening before the main programme. The exhibition presents a wide range of portraits explored in many different art forms by the artist, from paintings, porcelain and concrete sculpture to moving paper sculpture, wax sculptures and a novel animated portrait experience.

Next door, a splash of new technology met a classic art form as the resident Hennessy Auto Portrait Robots, offered mechanically-drawn personal portraits. Mixologists made up generous Hennessy cocktails at the bar,  while a giddy group of friends took part in a tasting masterclass.

The first live performance on the night came from Dublin-based Come On Live Long, a Nialler9 favourite, who offered soothing sounds in a colourful and energetic set. The ambience of the lighting on the night furthermore added to the layered tones that this band reflects. The title track from the new album In the Still provided an emotionally-charged performance, with haunting vocals from Louise Gaffney and Robert Ardiff. ‘Sum of Its Parts’ furthered this emotional charge with the lyrics “Feel it, Feed Me” ringing out in harmony.

Next up were late 80s-inspired indie band Columbia Mills, who kept the tempo moving with an upbeat start to their set that slowly revealed tones similar to that of Joy Division with electronic textures. A subtle Dublin tone shone out reflecting their name, inspired by the old Columbia Mills building on the quays in the 90s. The set was drawn to a close with new tracks ‘Battles’ and ‘This City Doesn’t Feel Like Home to Me’, strong vocals and catchy drum beats that ended the night on a high.

This instalment of Hennessy Lost Fridays delivered a dynamic array of artistic talent and participation that was reflected in the night’s the musical performances. A sense of the Dublin art scene was on show that presented traditional art forms being transformed into something distinctly new.