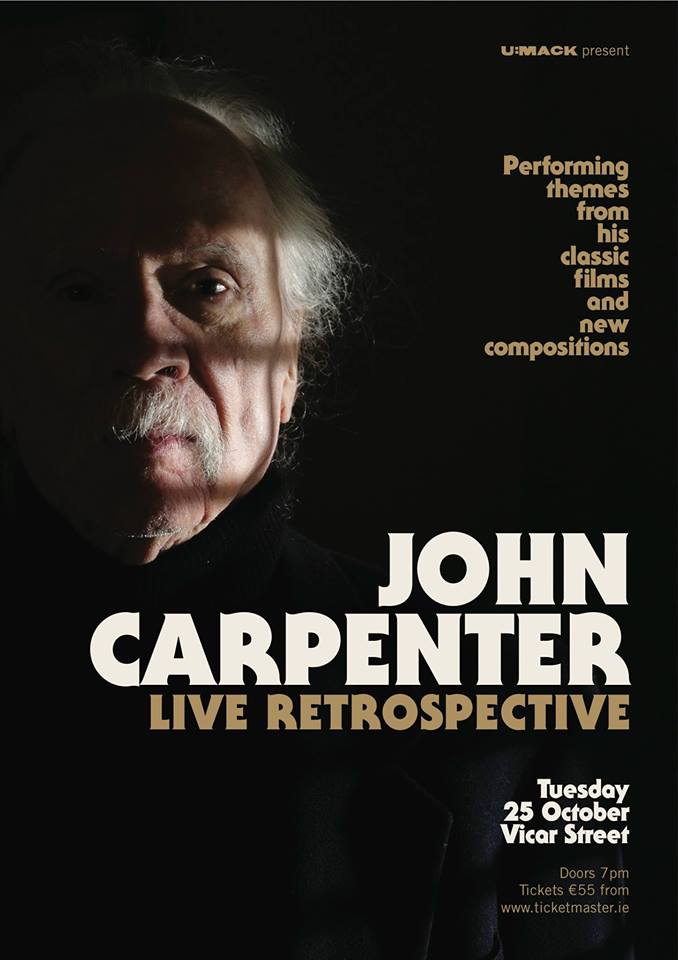 The show is a Live Retrospective where Carpenter will perform themes from his classic films and new compositions.

Tickets for the gig are €55+ fee from Ticketmaster, on sale Friday 20th May at 9am.