Some great stuff has passed through the tubes of the Nialler9 mailbox recently and here’s a smattering of it. I fully support the awesomeness of all these songs. 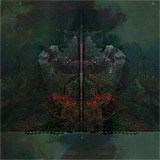 ‘This New Technology’ is a new tune from Melbourne’s Midnight Juggernauts to be released on Acephale Records (home of Memory Tapes (Check out the Seek Magic album, SALEM and Air France). It’s got a nice Buck Rogers feel to it and that’s not a reference to Feeder in any form. Pre-order the 7″ . The digital version is on iTunes on 9th October and it will feature a remix from Memory Tapes amongst others. 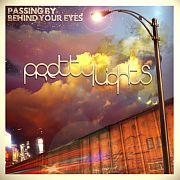 Absolutely love this track from Pretty Lights for its RJD2-esque instrumental hip-hop style featuring an obnoxious Biggie sample, a rasping synth and some orchestral strings. ‘Sunday School’ is from their third album Passing By Behind Behind Your Eyes out on October 6th and get this, you can download their previous two albums for nothing from their site.

South East London’s My Tiger My Timing offered up this remix of a track from their 2010 debut. Another single ‘I Am The Sound’ is out next month. Get it through Pure Groove. Love the vocals on this one. Very similar to Micachu.

My Tiger My Timing – Ask Your Heart (Barringtone remix)

The band which released one of the most under-rated albums of the year, Venice is Sinking, return with a new EP entitled Okay and this is the title track from it. Stream the EP.

The band’s third LP is finished and the place that they recorded it in Athens, The Georgia Theatre was burned down in June. The band donated the money from a Kickstarter.com fundraising project towards the theatre.

Danish band Slaraffenland return with a new album We’re on Your Side. An Efterklang comparison tells you what you need to know for starters but there’s much more ultimately going on here. A very Scanadavian affair. 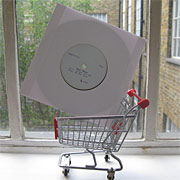 The Strange Dreams of Paul White is another under-rated album released this year. This Versus The BBC 7″ extends Paul White’s remit further as a prolific beatmaker to watch. Check out The Punch Drummer EP too. Paul White’s day job is a library music producer so I’d say there’s plenty of samples to be had there.

Paul White – So Far Away 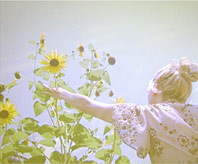 A new download single from The Golden Filter continuing their modus operandi of producing disco-dance tracks that warm up the dancefloor. Sheena Beaston has the dub rework. Pre-order the 12″ out in November backed by their cover of the White Stripes ‘The Hardest Button to Button’.

Raekwon’s finally released Only Built for Cuban Linx 2 a couple of weeks ago and while I haven’t heard it yet, I hear it’s great. Here’s a cut from DJ Twitch in honour of the release.