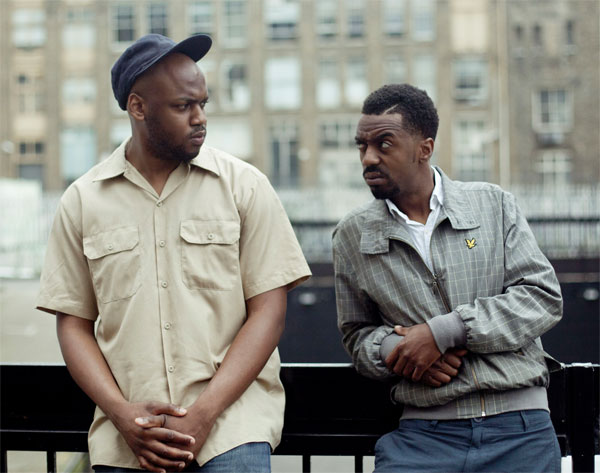 There’s an unmistakeable inner-city grimeyness to the music of The Insomniax. Like Ghostpoet, Burial and The Streets before them, the music of South London brothers Kai Gama and Dr Sydney Velvet consumes the city’s night-time air and exhales its culture, its people and its atmosphere all over their tracks.

On their Love She Wants EP, the most obvious London influence is the metropolis’ varied night music. Dubstep growls, bashment beats and dub echoes form the basis of the EP’s lead track ‘Friday Comes’ which features SBTRKT collaborator Roses Gabor on the hook and further influences from electronic subgenres and soul can be felt on the narrative driven release which is based on a screenplay by Kai Gama, themed on a girl searching for love.

All of these external factors create a familiar space and the brothers’ laidback rap and singing styles bind it all together. The Love She Wants EP will be released via Earnest Endeavours on September 17th. Listen to the EP. A mixtape is after the jump.