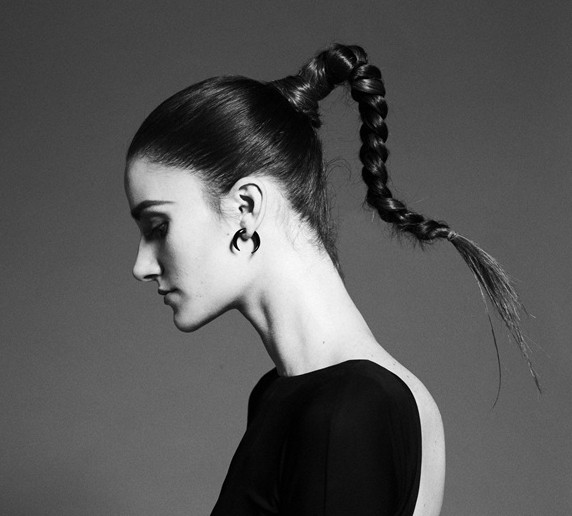 New York-based singer Niia (pronounced “Nye-a” ) came to my attention through the wonderful hazy track ‘Generation Blue’. Her debut single ‘Made For You’ had a video directed by Tony Kaye (American History X and a Johnny Cash video amongst others) which featured lots of sex dolls and she does a wonderful cover of Majical Cloudz’ ‘I Will Sing For You’ (below).

The 25 year-old was born to an Italian classical pianist and has Chopin’s ‘E Minor Nocturne’ tattooed on her forearm, so there’s that. SAD KEYS.

Her bio also notes that as a Catholic schoolgirl in Boston, she would skip “math to hide out in the chapel and play Debussy and Rachmaninoff.” SAD KEYS.

When she moved to New York and at 19, she met Wyclef Jean (“one time!”) at a recording studio and he brought her on tour with him. She also sang on this. She resisted label advances in favour of jazz vocal classes. INDEPENDENT WOMAN.

Instead, she appeared at NYC’s immersive theatre experience Sleep No More and hosting a regular night of James Bond covers with a 14-piece orchestra.

Now, she’s ready to focus on her own music. Niia’s debut LP was recorded in LA with Quadron/Rhye’s Robin Hannibal and will come out later this year.

But the song that prompted this post, ‘Simple Life’, is as bare as they come, a piano-lead striking ballad with Niia’s jazz vocals yearning for something else as she “makes her lovers used the back door when they leave.” It’s an effective showcase of a new talent years in the making.