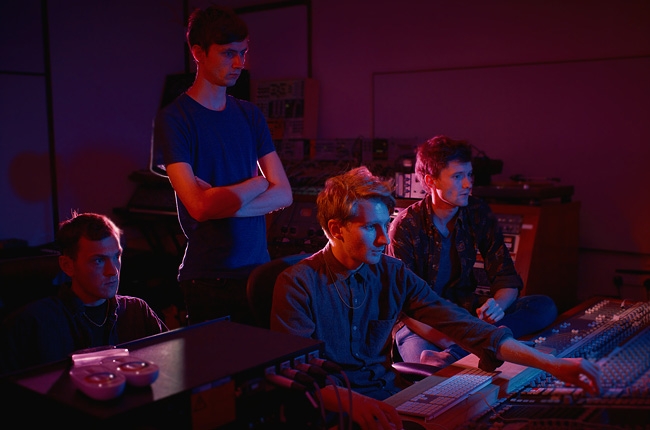 
Glass Animals were one of my favourite bands at SXSW this year. I liked them so much I went to see them twice. They feel like a band on the brink, they already have great songs, they are already great live and they already have something a bit special going on – namely supremely constructed American R&B-influenced indie – Alt-J R&B I quipped. Sorry.

They have their debut ZABA forthcoming on June 6th through Paul Epworth’s Wolf Tone / Caroline International but before that the Gooey EP has two tracks and three remixes. This is the second original track from it, a song featuring vocals from Brooklyn-based singer Tei-Shi that finds the Oxford band pushing the boundaries of what a band from that town is supposed to sound like.