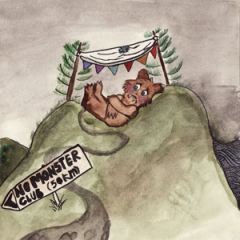 I can’t say I was a huge fan of what I heard of Dublin Duck Dispensary but Bobby Aherne’s new project is infinitely more satisfying to me. Brevity is the key here with No Monster Club. We get 10 lo-fi tropical surf-pop songs in 15 minutes on Tropical Decibels Volume Two par example.

Look out for official releases of Volumes One on Rack and Ruin in March, a song on a forthcoming Popical Island compilation, maybe a cassette release and a 16-track debut album in April. It’s rough around the edges but that only adds to the charm. Homemade video after the jumpyloo.

Introducing: The Cast of Cheers