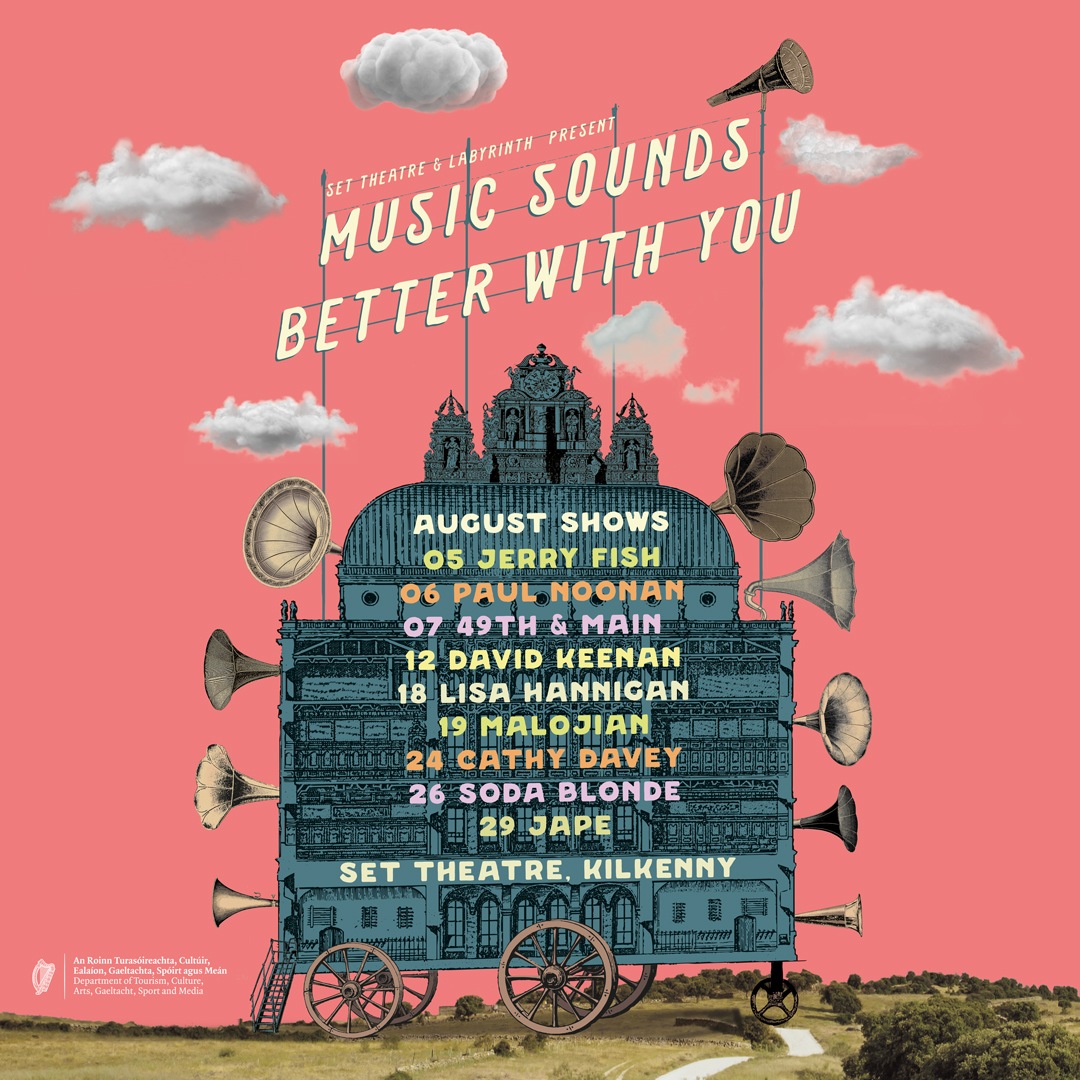 The Set Theatre in Kilkenny has just announced their series of shows entitled Music Sounds Better With You to take place for August.

Music Sounds Better With You has been made possible with the support of the Department of Tourism, Culture, Arts, Gaeltacht, Sport and Media as a part of the Live Performance Support Scheme.

Win a weekend pass to see Heathers, Talos, JFDR and Mick Flannery in Kilkenny this week

Angel Olsen tours Ireland in May